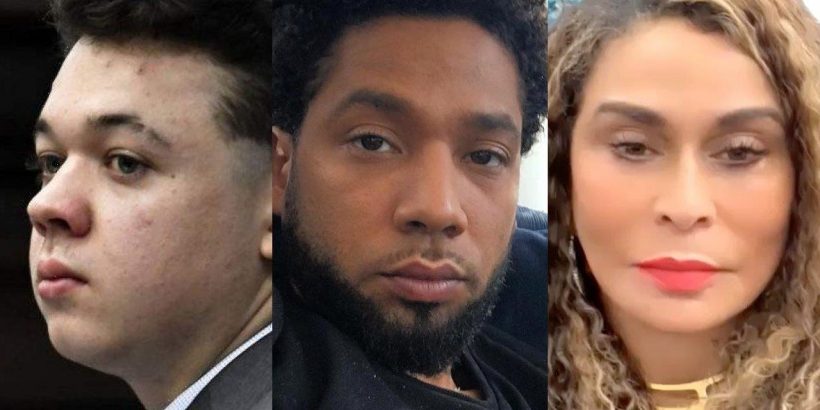 Weighing in on the ‘Empire’ alum’s assault hoax drama, the mother of Beyonce criticizes the justice system as she compares the actor’s case to that of Kyle and Amy Cooper.

AceShowbiz – Tina Knowles makes use of her platform to voice her opinion on the justice system. Criticizing the way the law seemingly works for white people compared to black people, the mother of Beyonce Knowles has suggested that Jussie Smollett should not be given a harsh sentence considering Kyle Rittenhouse’s recent not-guilty verdict for killing two men in Kenosha.

On Sunday, December 12, the entrepreneur took to her Instagram page to share a screenshot of an article that compared Jussie’s case to that of Amy Cooper, a white woman who called the police on a black birdwatcher in Central Park and falsely accused the man of threatening her life and trying to assault her.

In the caption, Tina explained what the article was about. “The article goes on to say both were wrong but Jussie faces possible prison time and Amy Cooper The woman who called the police and lied about the black man that was Bird watching in Central Park was trying to attack her. Leading to the arrest of the man where in the history of black men In Custody could have led to his death !!” she elaborated the case. “Amy Cooper got off with public service.”

Suggesting that Jussie should not be jailed either by that standard of justice, the 67-year-old continued, “We will see the outcome of this for this Black man . Will he get the same compassion as Amy Cooper?” Noting that she’s not “not condoning what Mr Smollet was found guilty of,” she added, “I am just asking will he get the same compassion and understanding of knowingly lying to police . Kyle Rittenhouse walked free after killing two people because the jury had compassion ?”

Some people were quick to call out Tina for the comparison. “defending juicy smollet and comparing three different cases? Not too smart,” one social media user reacted. “jussie wasted tremendous Chicago PD resources with his lies… they are gonna go after him hard.”

Another echoed the sentiment, “She’s such a DUMB woman just like her old senior citizen a$$ daughter beyawnnnnce. Took back her cheating a$$ husband for her daughter to do the same??? She defends any BLACK MAN.”

A third shaded Beyonce as saying, “If you have ever heard Beyonce speak, aside from not having personality, Beyonce does not come off as intelligent and we all know how much Tina influenced her daughter. Tina isn’t bright either.”

There were others, however, who agreed with Tina as one said, “They want to send Jussie to prison but Karens and police have been getting away with falsifying police reports for years. That’s the pathetic part.” Another person suggested, “Fine him. Hit his pockets and move on. We have bigger fish to fry!”

“She’s not defending his actions she saying he should get the same compassion as others (white people specifically),” someone else defended Tina. “And she’s right. He lied, it was dumb, but nobody was hurt except him and his accomplices. The real hurt here is to the real victims of hate crimes. But that’s is for another conversation.”

On December 9, Jussie was found guilty for lying to police about being the victim of a racist and homophobic attack in 2019. The 39-year-old was found guilty of 5 of the 6 felony counts against him. His sentence will be determined at a later date.