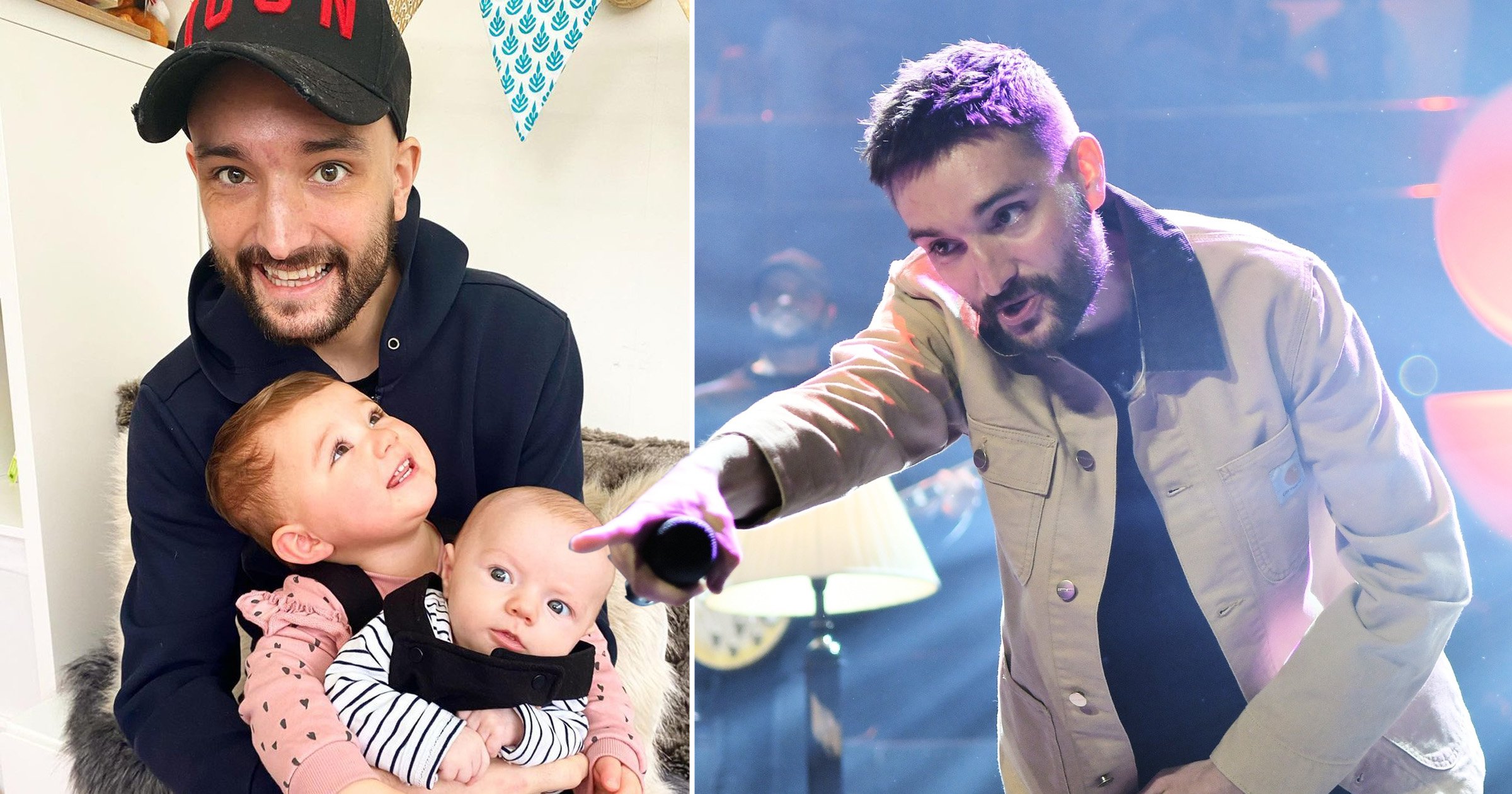 Tom Parker has revealed he is aiming to be ‘cancer-free by March’ as he continues to battle a terminal brain tumour.

The Wanted star, 33, who was diagnosed with a stage four glioblastoma a year ago, has seen reductions in his tumour through treatment, and is aiming to beat it entirely.

He told The Sun: ‘You’ll always be classed as terminal. They give you 12 to 18 months of survival. But that’s the general statistics. Everyone we’ve spoken to has been way, way beyond that.

‘Now, we’re aiming to be cancer free by March. That’s the aim. This disease is always there. You might have residual cells but just not active. So, we’ll just carry on, just crack on and see where we get to.’

Tom shares daughter Aurelia, two, and son Bodhi, 11 months, with wife Kelsey, and the family’s world was turned upside down when his cancer was discovered during the coronavirus pandemic.

The singer underwent six rounds of chemotherapy and 30 radiotherapy sessions which led to the reduction in the aggressive tumour, but admitted he almost called time on the gruelling treatment.

After seeing his weight drop to just 7st 7lb, Tom admitted he questioned whether to carry on with the ‘brutal’ chemotherapy if the treatments were not guaranteed to prolong his life.

He explained: ‘Those were the darkest days of my life. Going up there and lying under those radiation machines were awful. It’s awful. It’s unnerving.

‘You’re thinking, “Is this doing any good? Is this making a difference? Is there any point in me doing this if I’m going to die? I’m not putting myself through this.”’

Tom has documented his battle in upcoming film Tom Parker: Inside My Head, which airs on Channel 4 on Sunday and shows how he and Kelsey got through the months of treatment.

Patients with the same tumour as Tom currently have a 10 percent chance of surviving five years after their diagnosis, with their life expectancy averaging between 14 and 16 months after diagnosis.

While Tom has relied on private healthcare to try a number of different treatments to try and get the best outcome, he was inspired to put on a fundraising concert at the Royal Albert Hall on September 20 to raise money for research so others without the money to pay for private healthcare will also get the best chance at survival.

The lead-up to the concert, which saw him reunite The Wanted, will also be shown in his documentary as Tom looks to the future and his 2022 tour with the band.