The Wanted star Tom Parker, 32, has been diagnosed with stage 4 glioblastoma and is battling a terminal brain tumour. His wife Kelsey Parker opened up about some of the singer’s “traumatic” symptoms and revealed he suffered a violent seizure in front of their daughter Aurelia.

She recalled: “So we believe Tom had a seizure in July. But I wasn’t actually around, so Tom rang me like, ‘I don’t really feel well Kels. Something’s happened’. I said, ‘What do you think Tom?’ He said, ‘I don’t know.’

“So for six weeks we didn’t know he had a seizure. Then we went on holiday with the family.

“Me and Aurelia went upstairs to Tom in bed. We were talking, just having a normal conversation, and he said, ‘Kels, I feel really hot, my hands are sweating and I’m like, ‘Okay.’ Next minute, massive seizure.”

Fortunately, Kelsey was supported by other members of the family at the time and she was able to take the couple’s daughter out of the room. 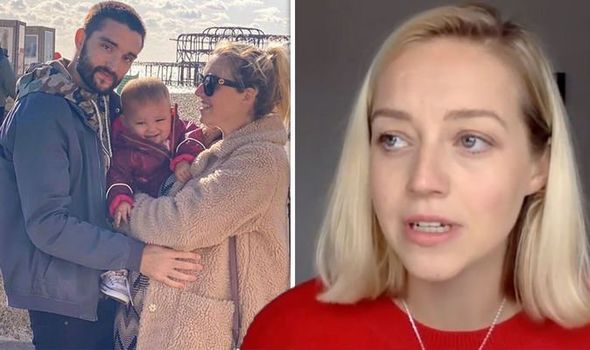 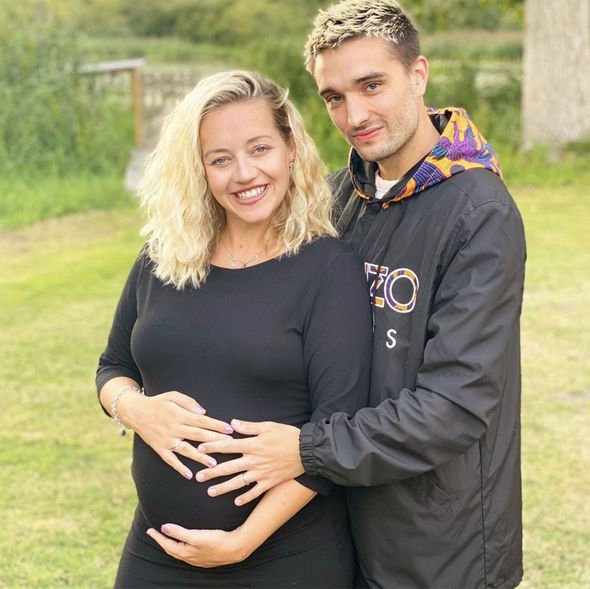 She divulged: “Thankfully, I was with my family so my stepdad came running in with my auntie and they dealt with the situation. I took Aurelia out of the room.

“Obviously it was just absolutely overwhelmingly traumatic for everyone,” the mum-of-two added during an appearance on ITV’s Loose Women today.

Tom previously assumed he had “man flu” before doctors informed him about his inoperable brain tumour.

The star has already undergone his six weeks of chemotherapy and radiotherapy treatment. 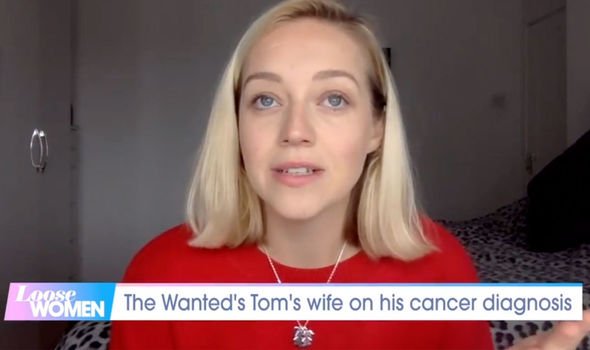 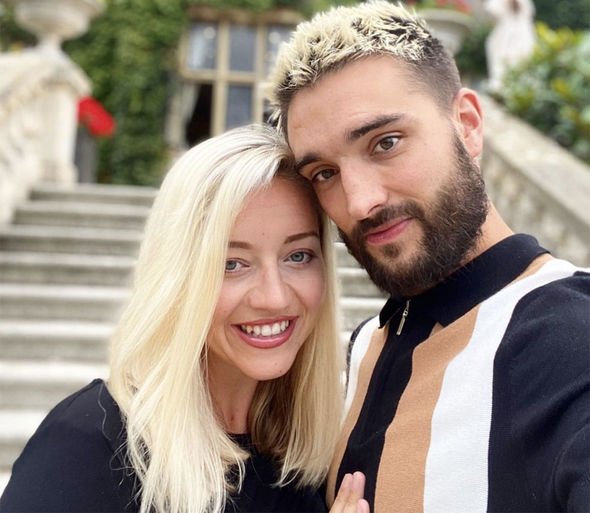 Kelsey also said she is getting her husband fit through physiotherapy and a “very strict” diet.

When quizzed about how she stays positive, Kelsey explained: “For my kids, for Tom, for my family. I think in this situation, it’s a really bad horrendous situation.

“But I think staying positive is the only way to get through this.”

The pair recently announced the arrival of their newborn son Bodhi.

DON’T MISS:
Giovanni Pernice apologises for getting ‘really close’ to Ranvir Singh [VIDEO]
Ant and Dec apologise after I’m A Celebrity fans question reaction [COMMENT]
Laurence Fox told to ‘f**k off’ by The Pogues amid row over lyrics [OPINION]

They have described their second child’s birth as the “light at the end of our tunnel”.

During an interview with OK! Magazine the couple opened up about their newborn son, who arrived a little earlier than expected last month.

They also blasted Tom’s The Wanted co-star Max George, who accidentally spoke of Bodhi’s birth on ITV’s Lorraine, before the couple had announced the news to fans.

“We were going, ‘You k**bhead!’” Tom jokingly told the publication, after watching the slip-up on TV.

Max was on the programme with his Strictly Come Dancing professional partner Dianne Buswell, when the slip-up occurred.

When quizzed by host Lorraine Kelly on how his former bandmate was doing, he accidentally revealed the baby news.

“I spoke to him yesterday and he’s doing good, he’s great, Kelsey gave birth to their second child last week so he’s a fighter. Tom will be alright,” Max said.