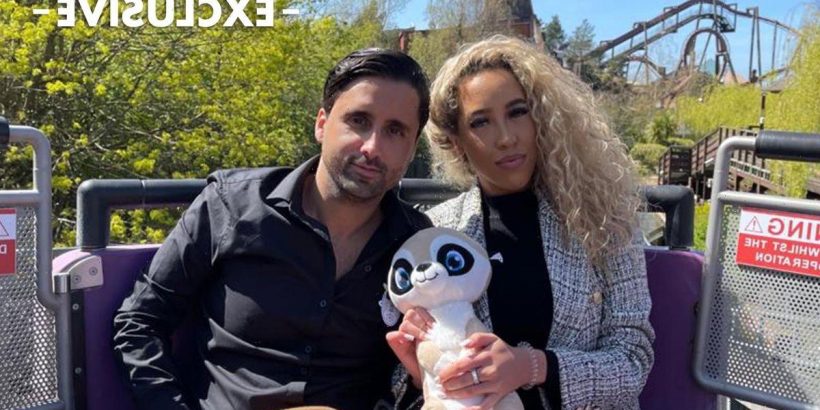 Since joining The Only Way is Essex back in 2015, Liam 'Gatsby' Blackwell hasn't had the best of luck in the romance department, but after newcomer Dani Imbert caught his eye, the pair are now "exclusively seeing each other".

Loyal TOWIE fans will remember loveable Liam taking Ferne McCann on a helicopter first-date, while wooing Chloe Sims on a yacht, but now it appears he's found the real-deal in Dani. In a candid interview with the couple only for OK! VIP members, Liam, 32, and Dani, 23, open up about what attracted them to one another, what their family think of the coupling and how they feel about being the first ethnic couple on TOWIE.

Are you a OK! VIP? If not, why not? It’s free and gives you backstage access to stories like this, exclusive home tours, special discounts and so much more! All you need to do is pop your email address below! P.s. if you’re already seeing this article in full, congrats – you’re already on our guest list!

The pair told OK! Online that they have many similar interests and what drew them to one another was the fact that they are different from the usual Essex men and women.

The blonde beauty said: "Obviously I thought he was good looking and I knew he wasn't a typical boy from around here, he wasn't like most boys in Essex, that's initially what it was for me.

"I'd seen the show so I knew he was just normal and genuine, I felt like his personality was very much like mine."

Liam agreed as he expressed: "Since we've spent a lot of time together, we're realised we are very similar.

"I feel like I'm different from the people on TOWIE, I've got that Essex side but I've also got that urban side as well, and she's very much like that too."

Liam, who is known as 'Gatsby' on the show, met Dani's mum via a video call on one episode and it looks like he's got mum's seal of approval.

"She loves him, she thinks he is really nice. He's the type of boy she would always want me to be with, she was happy about it to be honest" Dani shared.

"She was like, 'Oh he's a gentleman, he's a family man', she loved it and she approves."

The rapper shares a close bond with his own mum Nikki as seen on the ITVBe series, and revealed that his new lady-love is yet to meet her but it is "definitely in the pipeline".

The duo initially met outside of the show and were speaking, but any chances of a romance were cut short when Gatsby began dating someone else.

However, fellow newcomer Rem Larue set them up on a 'blind date' on the current series and sparks appeared to fly when they they met up in March.

The new coupling makes Liam and Dani the first ethnic couple on the show since it first aired in October 2010.

Sharing his excitement, musician Liam gushed: "We've made history. Obviously on Love Island, there's been one or two couples, but from the original reality soaps like TOWIE, Geordie Shore, Made in Chelsea, I don't think there's ever been a brown couple."

Catch TOWIE every Sunday night at 9pm on ITVBe. Liam is releasing his new single Baby It's You which features Dani's name in the song, fans can find out more on Sunday's episode (9 May)