Stassi Schroeder and Kristen Doute from Vanderpump Rules are in a terrible place in their friendship. The Bravo stars had a fallout during the production of season 8 of the show and have not repaired things. The Next Level Basic author is now breaking her silence on the feud between her and Doute. 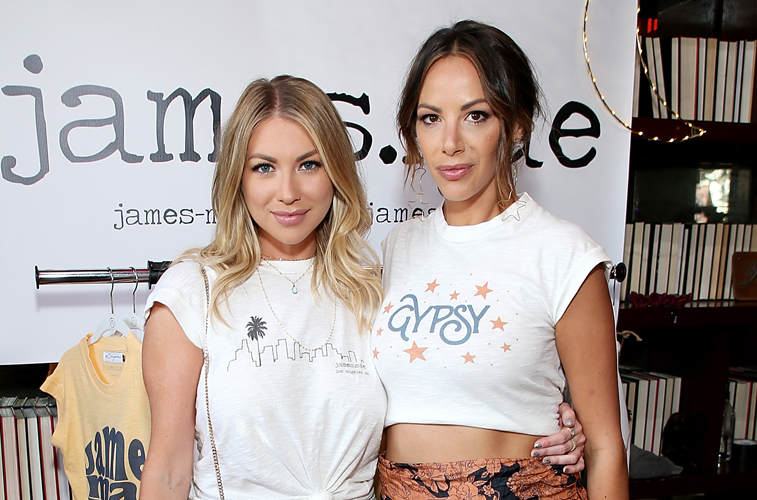 During a recent episode of the Straight Up with Stassi podcast, the reality show star opened up about her struggles with Doute.

Schroeder said she doesn’t “give a f**k” if “taking a break from someone is a bitch move” and makes her look “nasty.” The podcaster made it clear that she still has love for Doute but “it’s just sometimes, you can’t be in the same room as someone without wanting to kill them.”

Something major happened during ‘Vanderpump Rules’

The cast of Vanderpump Rules is not allowed to talk about the drama before it airs on television. Something major had to have havened between Doute and her co-stars for things to explode.

In another episode earlier in the year of Schroeder’s podcast, the star admitted to having trouble with the controversial Doute.

“We’re at the homestretch from filming, I have a few days left. My brain is mush,” Schroeder said. “The drama is killing me. I can’t anymore. I can’t talk about this s–t anymore… I’m literally dead inside.”

Speculation that the friendship had hit a road bump started when Doute was not in Schroeder’s engagement to Beau Clark.

A fan of the show that follows Schroeder’s mom on social media asked, “Dayna were you sad Kristen wasn’t there? I know you two are close.”

“Yes, quite sad,” Schroeder’s mom replied. “But I didn’t really know all the particulars. So I was out of the loop for awhile. Don’t you worry, it’s like Lion King and the ‘circle of life…’ each one of these girls will grow, change and come back to their original strong friendship bond that they’ve always had. Somethings just take time.”

Doute was not only feuding with Schroeder, but she also seemed to have a hiccup with Jax Taylor. Things got so heated between the two that the latter ended up blocking her from social media.

“I know [E! News] has been saying that Jax unfollowed some of us because of something regarding his wedding,” Doute tweeted. Let me clear the air: Jax did not unfollow me, Jax blocked me. Why? NO CLUE. But I promise you it has nothing to do with beautiful [Brittany Cartwright] or their wedding.”

he loves me, he loves me not… HE LOVES ME 🌼 @mrjaxtaylor

The drama for season 8 of Vanderpump Rules is already making waves on social media and the show hasn’t even started airing yet. Many loyal fans were disappointed last year when the group seemed to be on good terms in general. All of the cast agreed with each other and there were no moments of discourse. The new season will see a shift and viewers will get to see it all go down later this year on Bravo.