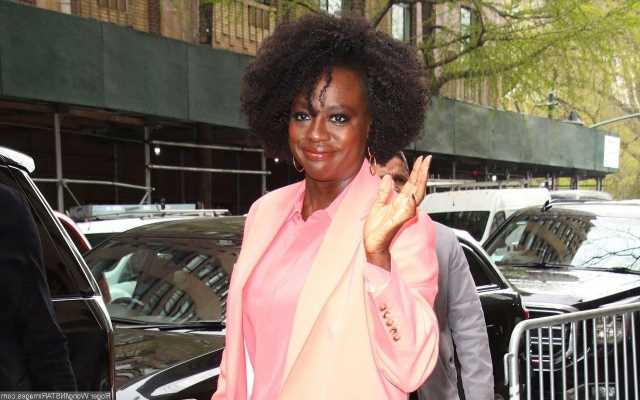 Discussing the impact of race on her career, The Michelle Obama depicter on ‘The First Lady’ claims that a director she had known for a decade mistakenly called her by his maid’s name.

AceShowbiz –Viola Davis has discussed how race has impacted her Hollywood career. In a new interview, “The First Lady” actress claimed a director she’d known for 10 years mistakenly called her by his maid’s name.

The 56-year-old actress didn’t name the filmmaker but admitted she has been subjected to racist “microaggressions” on a regular basis over the years. Speaking at the 2022 Cannes Film Festival during Variety and Kering’s Women in Motion discussion, she said, “I had a director who did that to me. He said, ‘Louise!’ I knew him for 10 years and he called me Louise and I found out that it’s because his maid’s name is Louise.”

“I was maybe around 30 at the time, so it was a while ago,” Viola noted. She further stressed, “But what you have to realize is that those micro-aggressions happen all the time.”

Despite her own career success, “The Woman King” actress insisted there are still certain movies she’s unable to be a part of because of her ethnicity. She told Variety, “If I wanted to play a mother whose family lives in a low-income neighborhood and my son was a gang member who died in a drive-by shooting, I could get that made.”

“If I played a woman who was looking to recreate herself by flying to Nice and sleeping with five men at the age of 56, looking like me, I’m going to have a hard time pushing that one, even as Viola Davis,” she continued. “People can’t reconcile the blackness with the spiritual awakening and the sexuality. It’s too much for them.”

The former “How to Get Away with Murder” star claimed she has missed out on roles in the past because of her race or because Hollywood doesn’t deem her “pretty enough.” She admitted of the latter reason, “It really gets on my damn nerves. It breaks my heart and it makes me angry. A lot of it is based on race. It really is.”

“Let’s be honest. If I had my same features and I were five shades lighter, it would just be a little bit different,” Viola opined. “And if I had blonde hair, blue eyes and even a wide nose, it would be even a little bit different than what it is now. “We could talk about colorism, we could talk about race. It pissed me off, and it has broken my heart, on a number of projects, which I won’t name.”