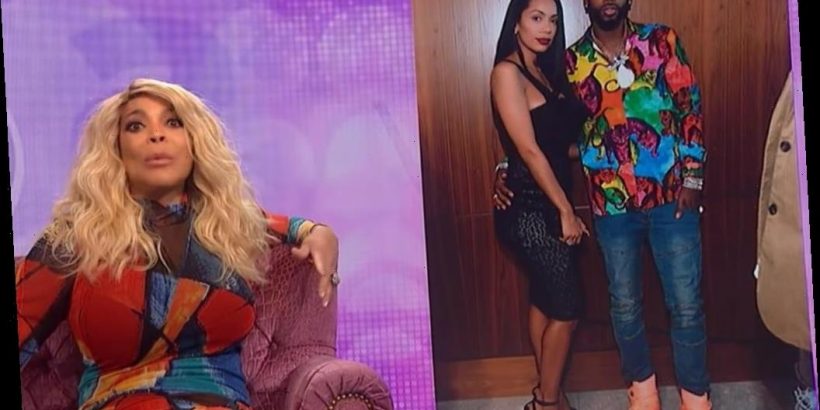 In a new episode of her talk show, the TV personality discusses the ‘Love and Hip Hop: Atlanta’ star, who previously claimed that getting married to Erica Mena was one of his ‘biggest mistakes.’

AceShowbiz –Wendy Williams has weighed in on the drama between Safaree Samuels and wife Erica Mena. In a new episode of her talk show, Wendy discussed the “Love & Hip Hop: Atlanta” star, who previously claimed that getting married was one of his “biggest mistakes.”

“The new Safaree. He looks good though, right? But he loves himself more than anyone else,” the talk show host said in the Friday, February 26 episode of her show. “[Erica] says including their one-year-old daughter. And I believe that.”

She went on saying, “Then, there you go saying, ‘No he’s a really good father, he’s always with her, just look at his Instagram.’ I said, no, no, no, no. That’s called, ‘Take this picture quick ’cause the car will be here in five seconds. Alright, now you go over there and play and daddy’s going out for days. Don’t tell your mother, she’ll read about it on social media.’ “

Fans on Internet were pretty much divided on the matter. Some agreed with Wendy with one of them writing in an Instagram comment, “I agree. I don’t think he likes the whole family and kid life.” Echoing the sentiment, someone added, “Well I kind of agree. I believe he love his daughter but definitely self centered and do it for the gram.”

Some others were criticizing Wendy over her opinion. “Does she,know him personally? That’s a wild rude ASSumption,” a user commented. Meanwhile, another person appeared to alluded that Wendy was being hypocritical as “she was Team Safaree when he was talking down on Nicki.”

This arrives after Safaree tweeted on Tuesday, February 23, “I mean this from the bottom of my heart getting married was 1 of my BIGGEST mistakes and it will never happen again.” He added, “I’m walking away before I End up in jail over some dumb s**t. Nobody is worth my freedom!!!”

Erica quickly responded by calling him “the most selfish” and “inconsiderate person.” She wrote back to her husband, “Since you always run to social media like a little girl I might as well join in. I absolutely agree with you on this,” she sarcastically said, before uttering her real opinion, “You are the most selfish, vain and inconsiderate person. And not just with me but your only daughter!” It remains unclear what drove Safaree to make such claims.