ET’s Leanne Aguilera and Ash Crossan are here with a new episode of Stream Queens to give you plenty of reasons to stay inside this weekend.

If documentaries are your thing, you’ve got a slew of new options to stream this weekend. Whether you want to learn about voter suppression, watch a pair of pals on their motorcycle adventure, find out more about some of your favorite celebs, or delve into the fatal incident of the Challenger, you won’t be disappointed this weekend.

For some scripted entertainment, turn to the sophomore season of a cringe-worthy comedy, a creepy Sarah Paulson series or Janelle Monáe in her latest starring role.

Keep scrolling for your go-to guide of what to stream the weekend of Sept. 18, 2020.

All In: The Fight for Democracy

Ahead of the 2020 election, this documentary details the issue of voter suppression across the U.S. Through her appearance in the doc, Stacey Abrams, the former minority leader of the Georgia House of Representatives, gives an insider’s look into laws and barriers to voting that most people don’t know are a threat.

Click here to stream All In: The Fight for Democracy on Amazon Prime Video. 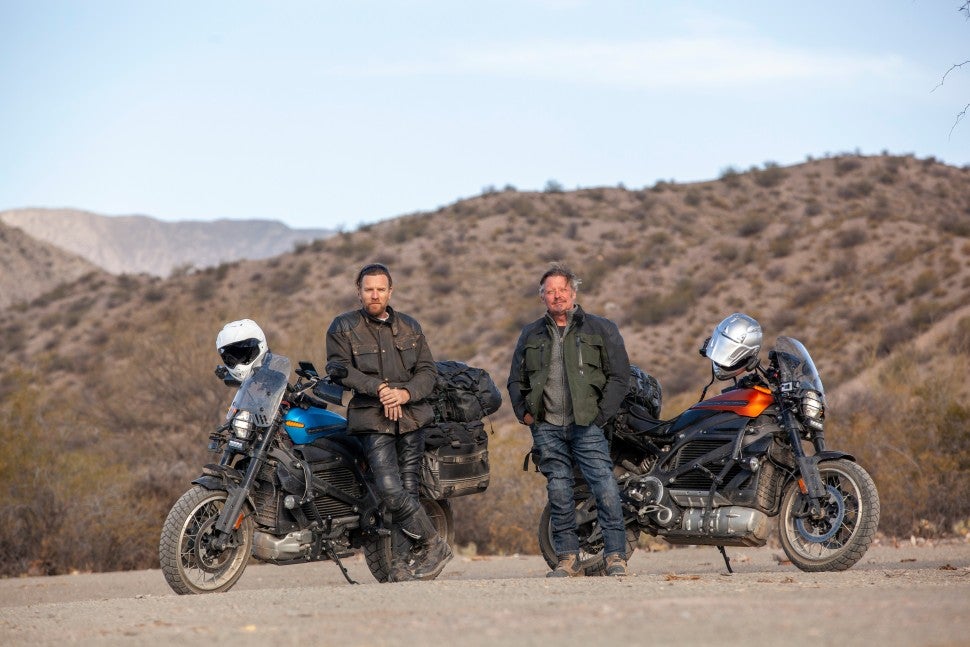 Follow along with actor Ewan McGregor and his pal, Charley Boorman, as they travel across Central and South America on Harley-Davidson motorcycles. The pals previously documented their adventures in two other flicks, going from London to New York in Long Way Round and from Scotland to South Africa in Long Way Down.

Click here to stream The Long Way Up on Apple TV+. 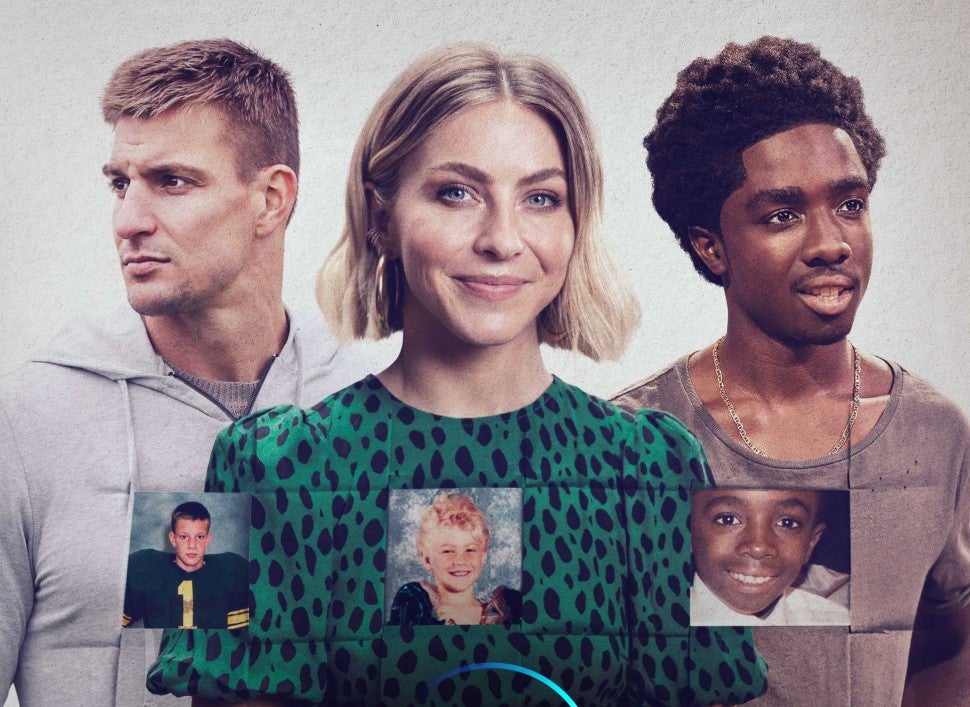 LeBron James EPs this docuseries, which examines how leaders in entertainment, music and athletics got to where they are by going back to their hometowns. Featured celebs include Adam Devine, Anthony Davis, Ashley Tisdale, Caleb McLaughlin, Candace Parker, Colbie Caillat, Julianne Hough, Nick Cannon, Nick Kroll, and Rob Gronkowski. 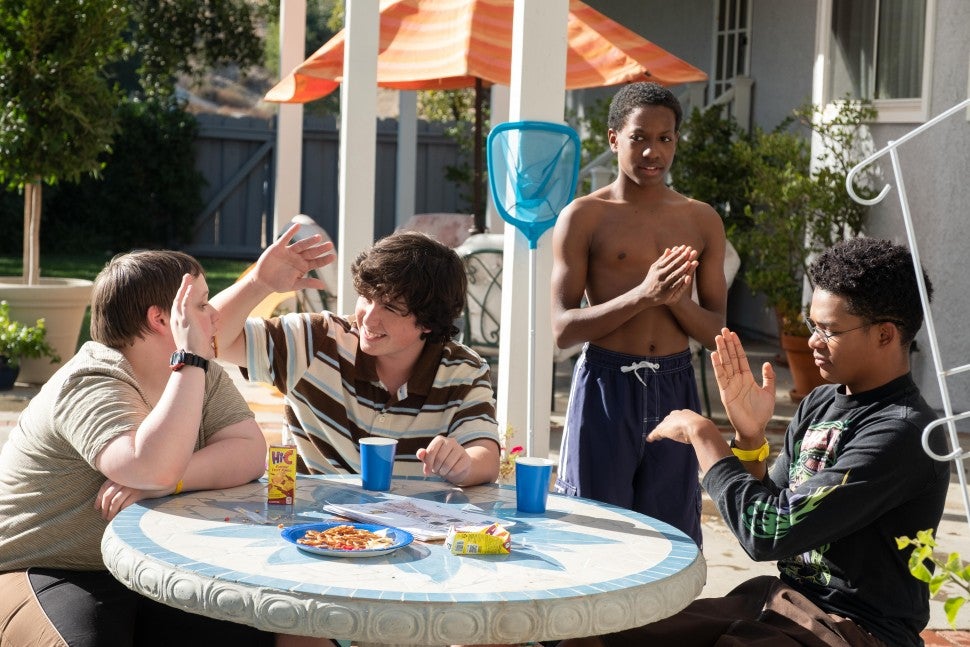 The sophomore season of the Hulu comedy is here, and bringing with it plenty more cringe-worthy, middle school moments. The series stars Maya Erskine and Anna Konkle, adults who play versions of themselves as teenage outcasts, while surrounded by actual teenagers and experiencing the woes of middle school. 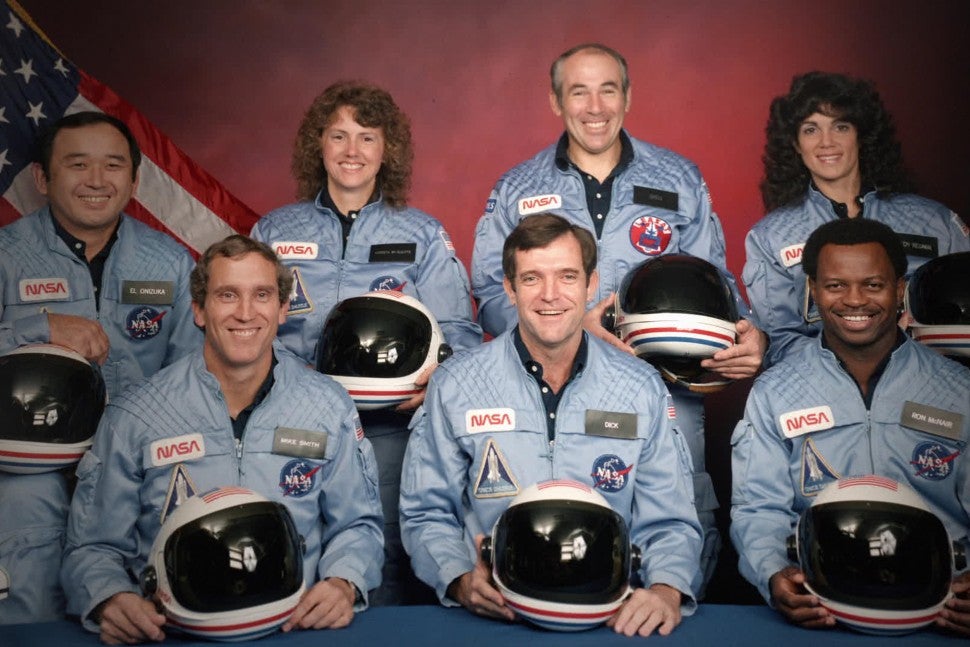 This four-part docuseries, produced by J.J Abrams, takes a look at the doomed Challenger space shuttle, which broke apart just 73 seconds after takeoff in 1986. The fatal incident killed all seven on board as many people, including school children, watched live on TV.

Click here to stream Challenger: The Final Flight on Netflix. 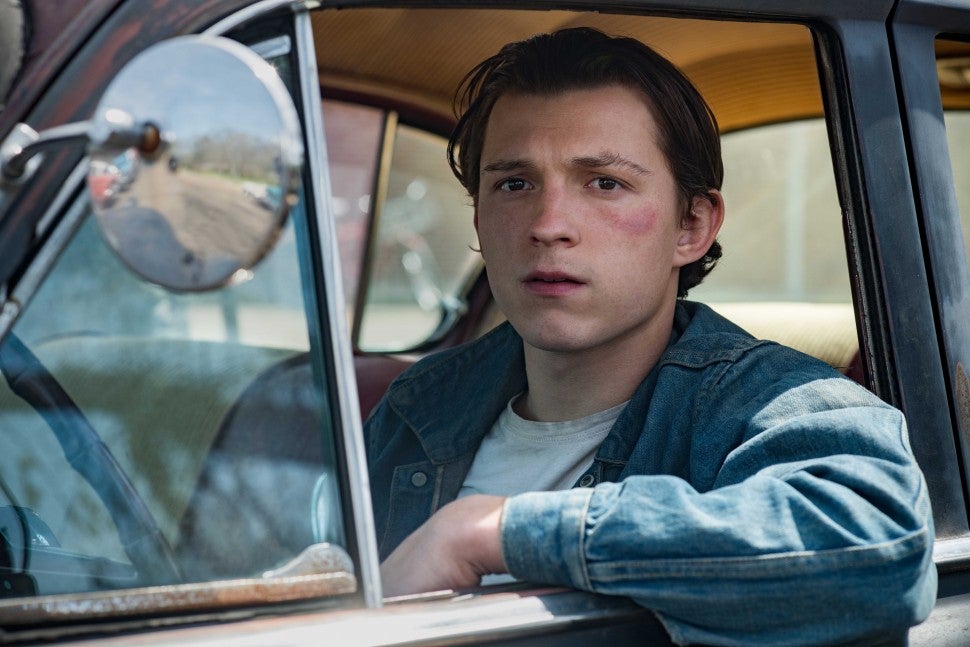 The Devil All the Time

Based on the psychological thriller of the same name, The Devil All the Time follows a young man who does his best to protect his friends and family from corruption and sinister characters. Starring Tom Holland, Bill Skarsgård, Riley Keough, Jason Clarke, Sebastian Stan, Haley Bennett, Eliza Scanlen, Mia Wasikowska and Robert Pattinson, this movie’s major star power is on full display.

Click here to stream The Devil All the Time on Netflix. 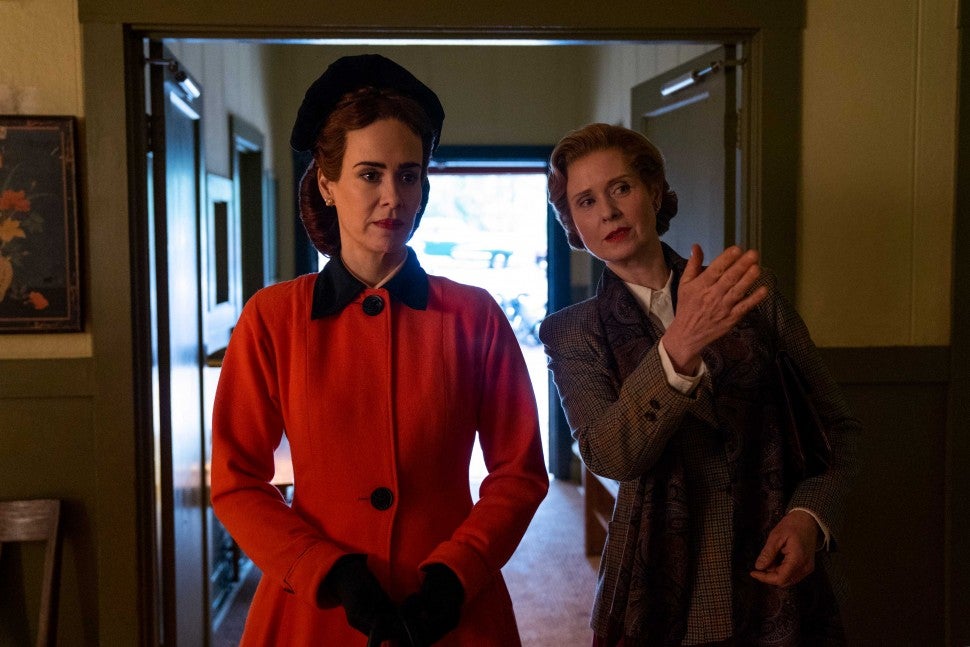 Sarah Paulson and Ryan Murphy team up once again in this series adaptation of Ken Kesey’s 1962 novel, One Flew Over the Cuckoo’s Nest. Paulson is Mildred Ratched, a nurse working at a psychiatric hospital who gradually sheds her glamorous exterior and becomes a monster to her patients. 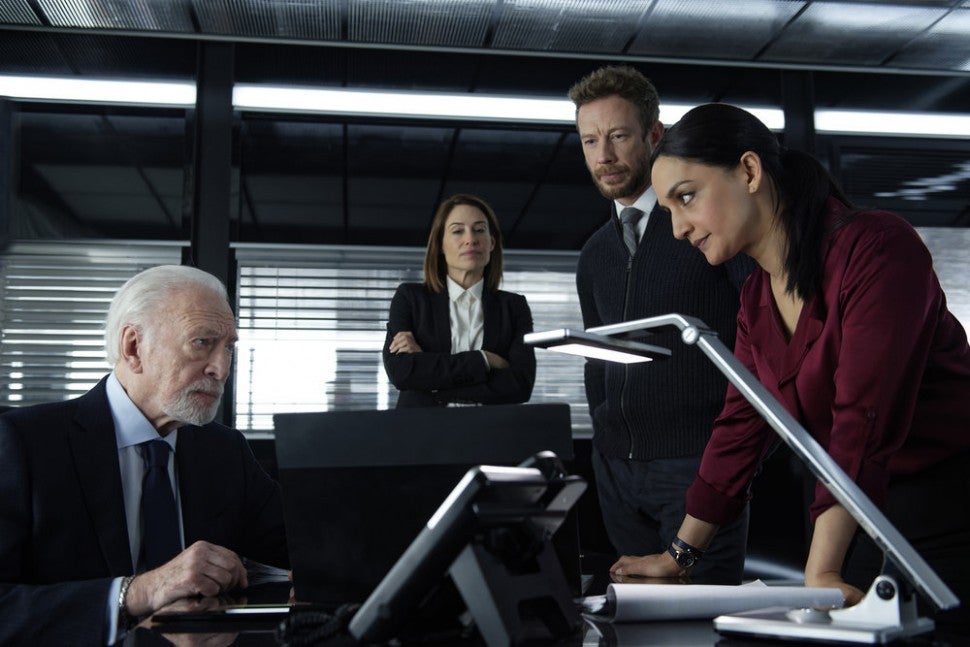 The six-part suspense series shows the fallout of the disappearance of a plane over the Atlantic Ocean. To find out the cause for the mysterious disappearance — and to prevent it from happening again — two experts (Archie Panjabi and Christopher Plummer) are brought in. 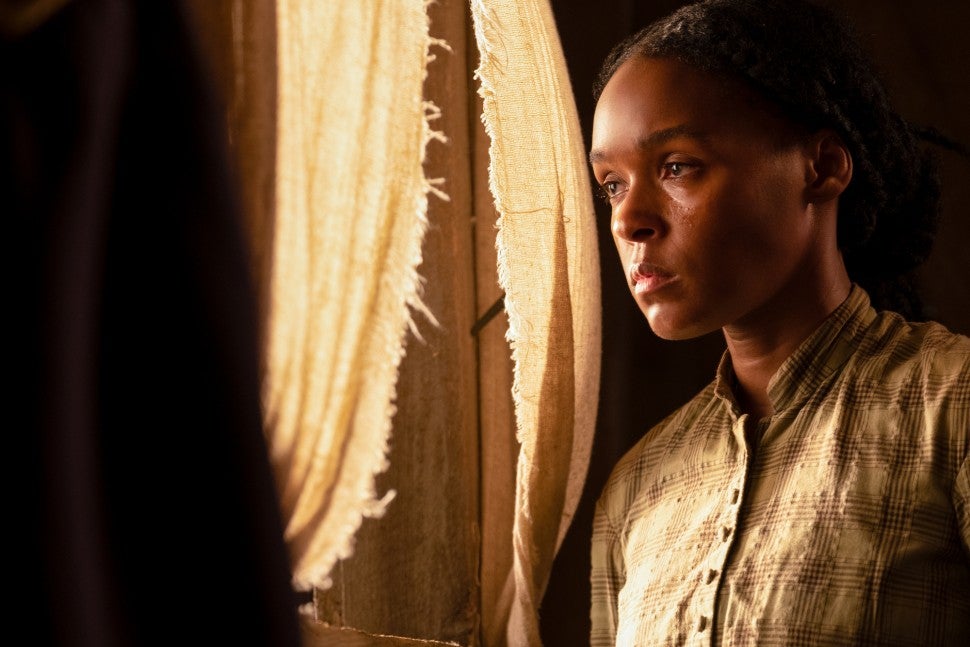 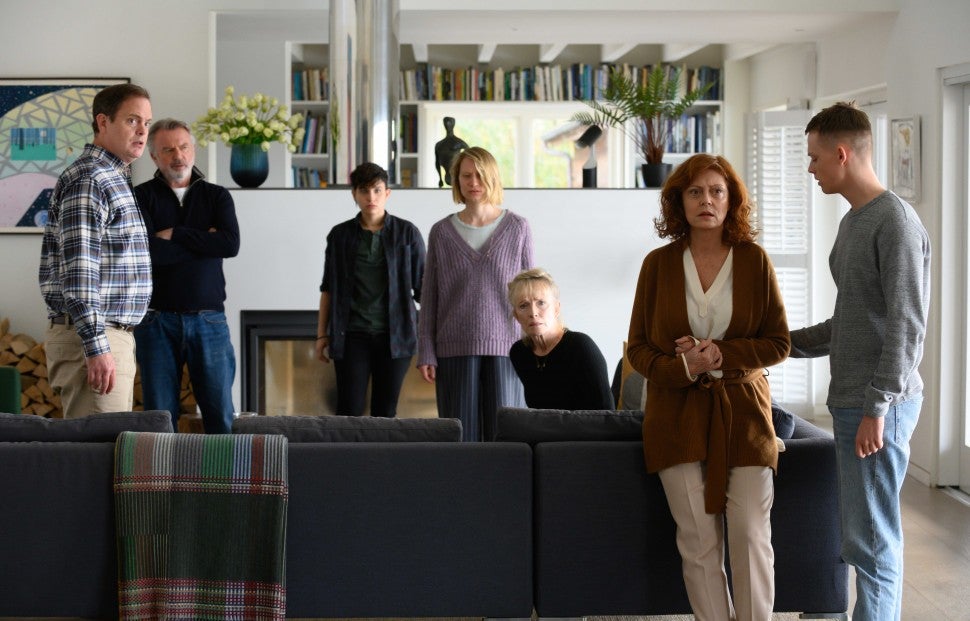 A remake of the Danish film Silent Heart, Blackbird stars Susan Sarandon as a dying mother who assembles her family for one last weekend together before she ends her life. The star-studded cast also includes Kate Winslet, Mia Wasikowska, Lindsay Duncan, Sam Neill, Rainn Wilson and Bex Taylor-Klaus. 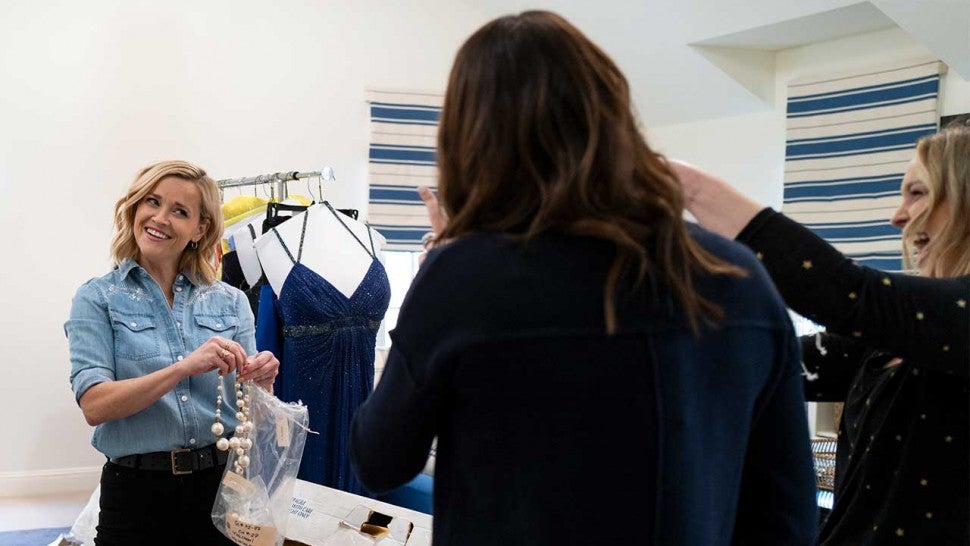 If you like… Tidying Up With Marie Kondo and want to be inspired to get your life together in quarantine, watch Get Organized With the Home Edit on Netflix.

Best friends Clea Shearer and Joanna Teplin take fans behind the scenes of their wildly successful company, The Home Edit, in this new Netflix series. Watch along as the women help everyone — from everyday people to celebs including Reese Witherspoon and Khloe Kardashian — get their life (and closets) in order.

Click here to stream Get Organized With the Home Edit on Netflix. 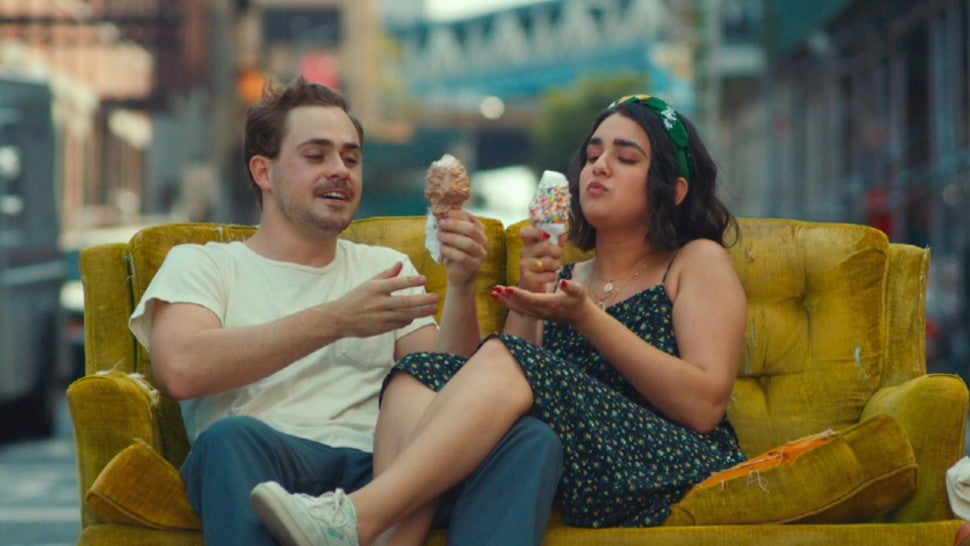 If you like… rom-coms like Set It Up, watch The Broken Hearts Gallery in theaters and at the drive-in.

Selena Gomez EPs this flick, which follows Lucy, a 20-something art gallery assistant who has trouble letting go of past relationships. After she’s dumped again, Lucy decides to start a pop-up space for the items from her past relationships, an idea that eventually inspires a movement and gives her a fresh start.

Click here to find out where to watch The Broken Hearts Gallery in theaters.

REWIND OF THE WEEK 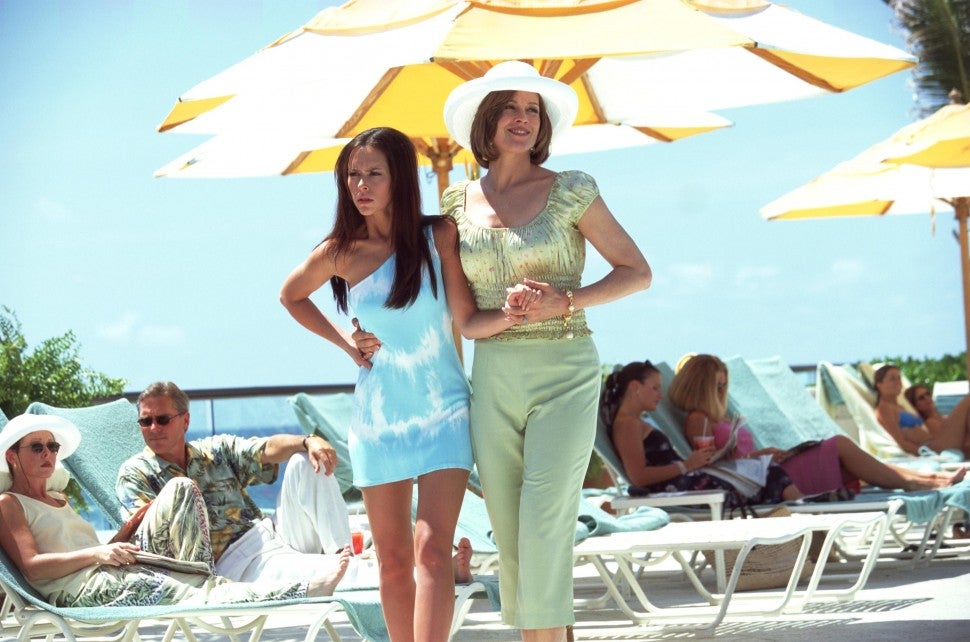 Go back to the early aughts with this movie, which stars Sigourney Weaver and Jennifer Love Hewitt as a mother-daughter swindler team, who embark on one final con to get money from a wealthy man. Stars including Alicia Silverstone, Lacey Chabert, Whitney Houston and Glenn Close were also considered for the leading roles.