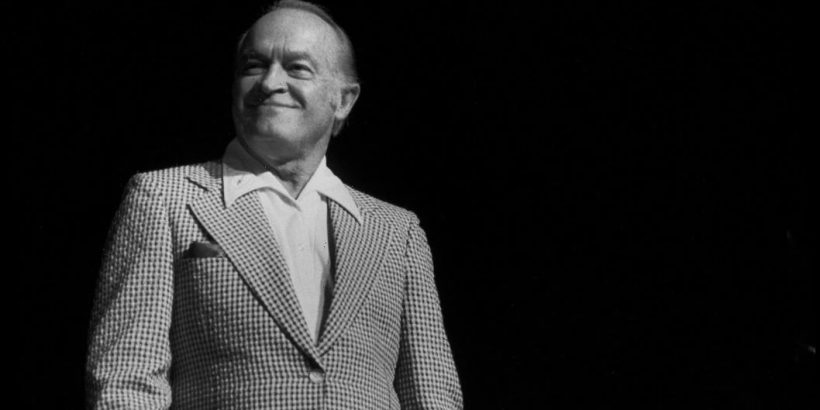 Few actors in history are better remembered than Bob Hope. The English-born comedian shared his talents on stage, over the radio, in movies, on television, and through live performances with the USO. His career enveloped nearly 80 years from the 1920s through to the beginning of the 21st century.

Hope’s lifetime in the entertainment industry earned him an enormous net worth, even by today’s standards. His investments included his five-acre Toluca Lake, California estate with a nearly 15,000-square-foot family home, according to Realtor. He also had a 23,600-square-foot Palm Springs home built in the 1970s. Here’s how he could afford those properties and more.

The early days of Hope’s career

The Hope family moved to the U.S. in 1907, when Bob Hope was just four. One of seven boys, while still a boy, Hope worked a variety of jobs to help with the family finances. His mother aspired to become a professional singer, although nothing ever became of it. Still, she shared what she had learned about the industry with her son. Hope took dance lessons and along with his then-girlfriend started performing in vaudeville theaters, according to Biography. In 1927, Hope made his debut on Broadway in Sidewalks of New York.

By the 1930s Hope had turned to his impeccable delivery of comedy. He met and married his wife of nearly 70 years, model/singer Dolores DeFina. Hope appeared in the Ziegfeld Follies of 1936. He then earned a leading part in Red, Hot and Blue, co-starring Ethel Merman and Jimmy Durante. A year later, Hope received a radio contract and was given his own show shortly after. He remained on the air through the mid-1950s while also finding work in film. It was in The Big Broadcast of 1938 he co-performed the song “Thanks for the Memory,” which was to become the theme song of his career.

Bob Hope had an expansive career

In 1940, Hope partnered with Bing Crosby and Dorothy Lamour for what became a series of seven films, according to PBS. Starting with On the Road to Singapore the comedic “On the Road” series made a parody of other genres with its last film, On the Road to Hong Kong coming out in 1962.

With his film career soaring along with his weekly radio show, during WWII Hope started to take time off to visit with and entertain the troops. Beginning in 1943, Hope started traveling overseas with other USO entertainers during the holiday season. His wife, Dolores, traveled with him. During WWII they went to Europe and the South Pacific. They traveled to Korea and Japan during the Korean War and made nine trips to Vietnam during the war there.

When the U.S. sent troops to Lebanon, the Hopes followed. Furthermore, in the early ’90s Hope traveled to Saudi Arabia during the First Gulf War. For his dedication to supporting the troops, Hope, who was in his 90s at the time, was made an honorary veteran in 1997. He has had a naval ship and an air force cargo plane named after him, as well as the Bob Hope USO Center.

Hope’s history as host of the Academy Awards continues to live on. He hosted or co-hosted, the show a legendary 19 times starting in 1940. He never received an Academy Award for his acting, but did earn four Honorary Awards and, in 1960, was given the Jean Hersholt Humanitarian Award while also receiving a special medal from the Academy. He last appeared at The 61st Annual Academy Awards show in 1989 alongside Lucille Ball. The pair received a standing ovation before introducing a musical number, according to IMDb.

Bob Hope’s net worth at the time of his death

At the age of 100, Hope passed away in the summer of 2003 in his Toluca Lake home. His net worth at that time was estimated at $150 million, according to Celebrity Net Worth. He left behind his beloved wife, Dolores, their four adopted children, and many grandchildren. He also left behind an undisputed legacy.

Hope had made 57 trips to visit the troops with the USO. He received his star on the Hollywood Walk of Fame in 1960. Hope held more than 50 honorary degrees. In 1985, President Bill Clinton awarded him the Medal of the Arts. That same year, Hope received a Lifetime Achievement Award from the Kennedy Center. He was later awarded a knighthood by the Queen in 1998, just five years before his death.