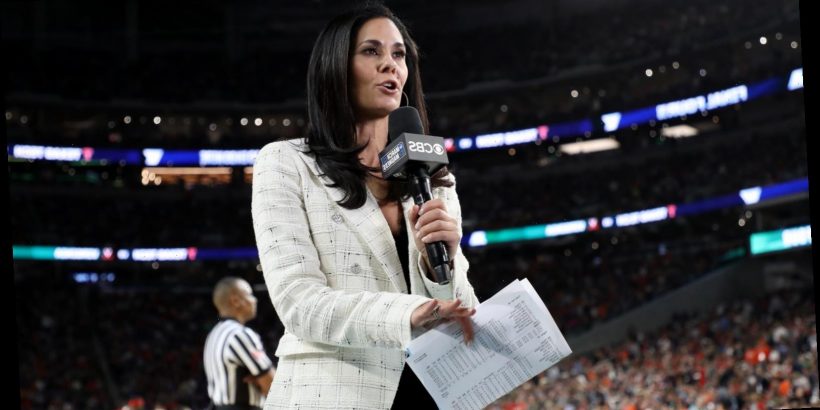 If you follow sports, you’re probably already familiar with Tracy Wolfson, a four-time Emmy nominated sports broadcaster for CBS Sports. As the network’s lead reporter for the NFL and NCAA, Wolfson’s career with CBS spans at least 16 years, according to her official website. While she ranks high as one of the most respected and well-known sports reporters, there are still some facts about this native New Yorker fans might not know.

According to her website bio, Wolfson’s career at CBS Sports actually began in 1997 when she worked as a researcher for the U.S. Open Tennis, 1998 Winter Olympics, and 1997 Final Four after she graduated from the University of Michigan. It wasn’t until 2000 that she appeared on camera, working as a sports anchor, reporter, and producer for WZBN-TV in Trenton, N.J. Before joining CBS Sports, she also covered sports for Oxygen Sports. She is currently is a host on the all-female sports show “We Need to Talk” on the CBS Sports Network.

She told Sports Talk Florida that her CBS colleague Lesley Visser was her mentor and role model, also citing fellow sports journalists Andrea Kremer and Suzanne Smith as positive influences. As one of the most well-known female sports reporters in the industry, Wolfson also mentors young men and women interested in covering sports news through a program at the University of Michigan.

Her family is her priority

Tracy Wolfson and her husband David Reichel both attended the University of Michigan, but they didn’t become a couple until after they both graduated, she told The Jewish Standard. They have three sons, Dylan, Ari, and Evan. “My family is my real life, and being a mom is my number one priority,” she told the outlet. “I have an amazing job, and I worked really hard to get where I am, and I love it, but I always say that when it doesn’t work out for my family, that’s when I’m out.”

Wolfson often posts family photos to her Instagram account, and she told ATHLEISURE MAG that she knew from a young age that she wanted to build a career around sports. “My parents had no idea how I came to wanting to do that,” she said. “I had no brothers, my father wasn’t really into sports, but I became obsessed with it and I became so intrigued with every sport out there.”