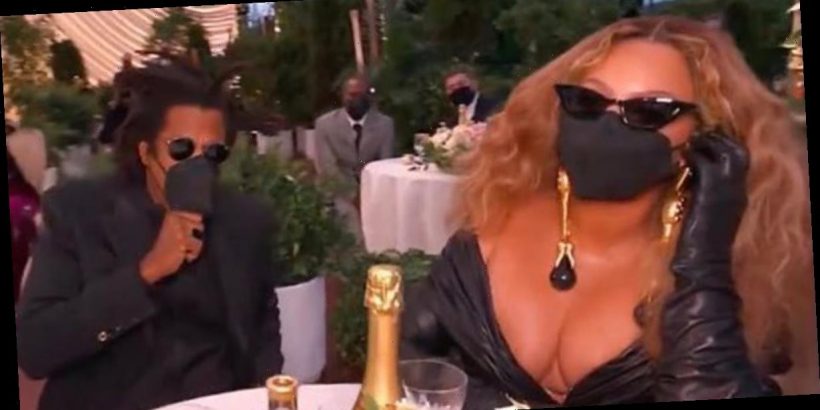 After it was announced Beyoncé would not be performing at the 2021 Grammy Awards, it was unclear if she’d even make it to the ceremony. Well, we should never have doubted Bey as not only did she show up, she showed OUT! Immediately, the camera zoomed in on her and husband Jay-Z and all we could think was, “Beyoncé?!” If you read that in Tiffany Pollard’s voice, you’ve perfectly captured our feelings.

Not only was Beyoncé nominated for nine awards — winning best rap performance, best rap song with Megan Thee Stallion, and best music video — Blue Ivy Carter became the second youngest Grammy winner with “Brown Skin Girl.” Beyoncé also made history twice in the same evening — being part of both the first all-female collaboration to win best rap song and breaking the record for most awarded male or female singer in Grammy history with 28 wins. You can see our first glimpse of the Queen in the gifs below.