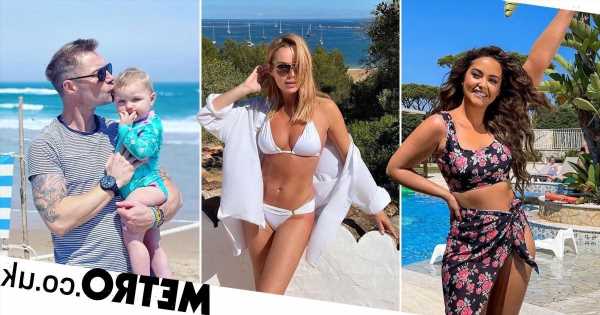 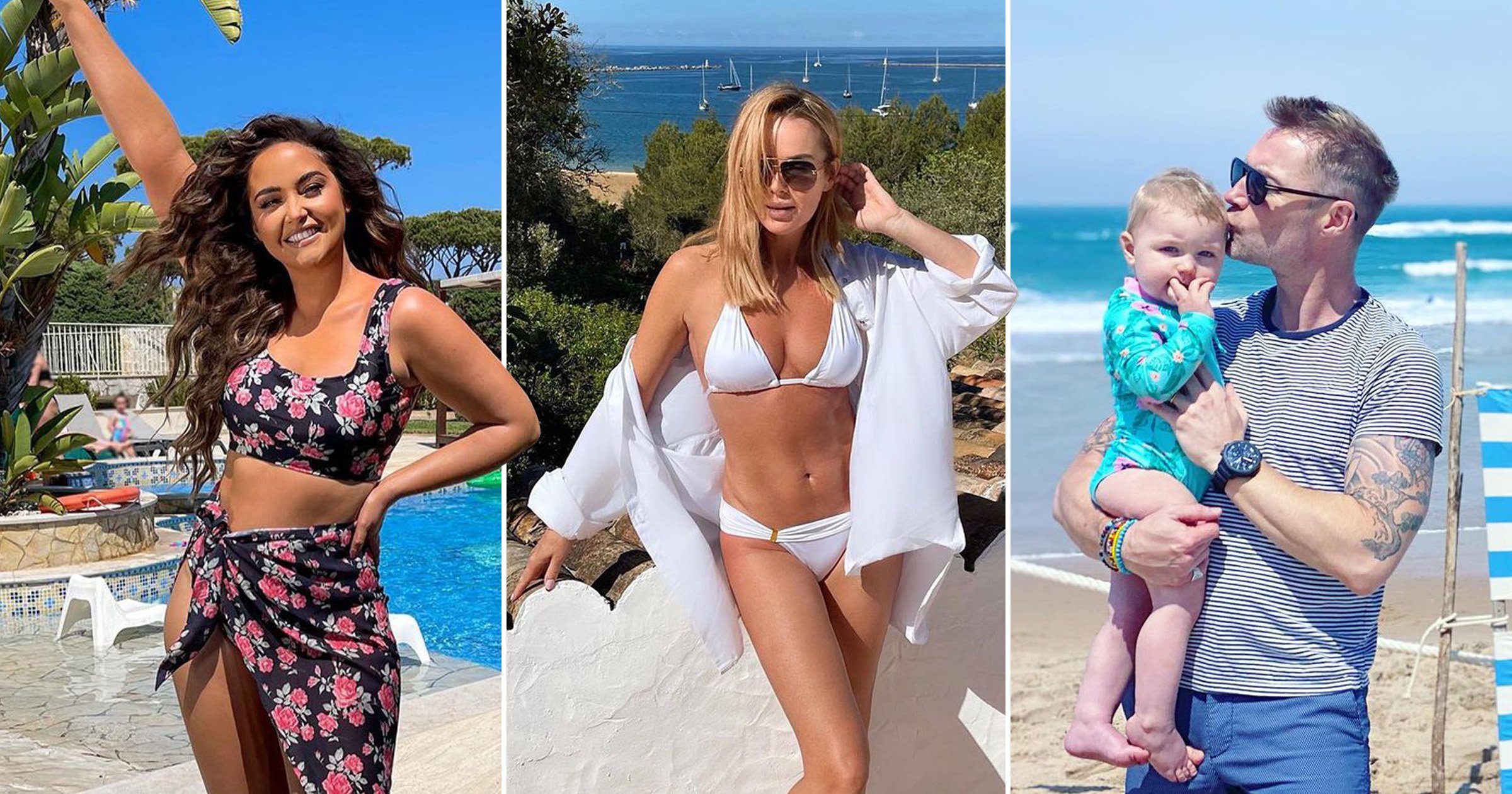 Celebrities sunning themselves in Portugal have received the disappointing news that the country has been removed from the UK Government’s travel green list.

Confirming the decision, Transport Secretary Grant Shapps said infection rates had doubled in Portugal and downgrading it to amber ‘gives us the best chance of unlocking domestically’.

It means the stars still enjoying themselves in the country may scramble to leave before the move comes into force on Tuesday, requiring returning travellers to quarantine at home for 10 days.

Some have been lucky enough to avoid the impending travel chaos with Katie Price and Geordie Shore star Chloe Ferry already back home after their holidays in Portugal.

However, it may be a different story for those celebrities who appear to still be on their getaways.

Which celebrities are in Portugal as country is removed from green list?

The former I’m A Celebrity… Get Me Out Of Here star flew out to Portugal this week for a campaign shoot with fashion brand InTheStyle.

Jacqueline, who is out there with husband Dan Osborne and their two children, has shared a series of photos of her modelling bikinis by the pool and enjoying fun nights at the hotel resort.

In one Instagram post, the former EastEnders actress wrote: ‘Thanks for your DM’s today they’ve made me so happy and I’m just so glad we can finally start to go away and live normal again! ‘

The family were still there as of Thursday afternoon when the travel update was announced.

The Britain’s Got Talent judge hasn’t revealed exactly where she’s holidaying with her family but fans are convinced it’s Portugal due to the few options on the travel list and the picturesque scenery in her Instagram photos.

Amanda gave fans major travel envy by sharing a photo of her stunning in a bikini with the beach behind her.

It’s believed Amanda has jetted off with her husband, Chris Hughes, and their children, as she shared a photo of her 15-year-old daughter Lexi in a similar location.

The Boyzone singer flew out to Portugal with his wife Storm and their children Cooper, four, and Coco, one, and are staying at the Penha Longa Resort in Lisbon.

In a sweet Instagram post, alongside a photo of him kissing his son on the beach, Ronan spoke of his delight at being able to get abroad.

‘I am finding it quite overwhelming to finally be able to travel,’ he told followers in a message that has already perhaps not aged so well.

‘The hoops we had to jump through to get here were plenty and intimidating but thanx to @randox_health it was easy enough. Travel is so important for industries, for families and for our own pleasure. For a world that only kept getting smaller and smaller… our planet became a very large place this last year and the distance between loved ones has never felt so far.’

He added: ‘My heart is full of joy to know that we are taking our first steps towards freedom to safely travel again.’

Almost just as the news of Portugal’s new amber light broke on Thursday, Ronan shared a photo of the hotel with the caption ‘chill time’, indicating the family haven’t flown back yet.

The Grand Tour host joined the masses in flying out to Portugal for the Champions League football game between Chelsea and Manchester City last weekend.

He’s not updated his socials since earlier this week when he shared a photo of the beautiful scenery at a Portuguese river, so it’s not clear if he’s still abroad.

Metro.co.uk has reached out to Amanda Holden and Jeremy Clarkson’s reps for comment.

For more stories like this, check our entertainment page.

Follow Metro.co.uk Entertainment on Twitter and Facebook for the latest celeb and entertainment updates. You can now also get Metro.co.uk articles sent straight to your device. Sign up for our daily push alerts here.