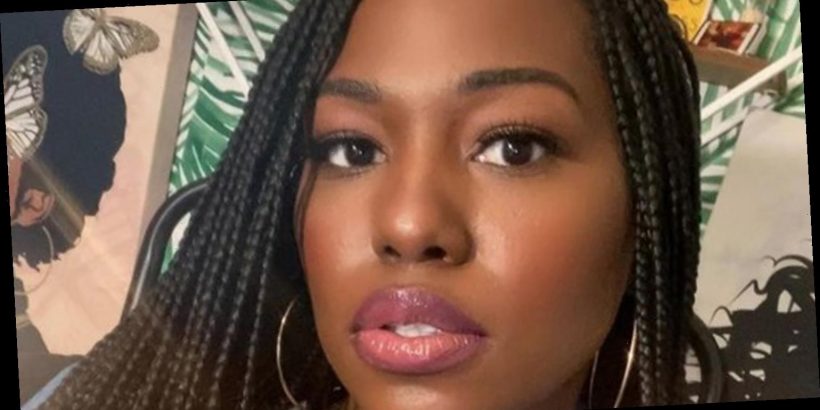 Laci Mosley was just announced as one of the new stars of iCarly and many people are wondering who she is!

The actress has been cast as Harper, Carly’s roommate and BFF in the upcoming revival, which is set almost ten years after the original.

“Yess I’m so excited to be in the iCarly universe we’re having a blast!! 😍💕,” she shared on Twitter.

Laci is not only an actress, but she’s also a comedian and a podcaster, with her own show “Scam Goddess” with Earwolf and Team Coco.

“Scam Goddess is a podcast dedicated to fraud and all those who practice it! Each week host Laci Mosley (aka Scam Goddess) keeps listeners up to date on current rackets, digs deep into the latest scams, and breaks down historic hoodwinks alongside some of your favorite comedians! It’s like true crime only without all the death! True fun crime!”

She’s also a contributor on the ABC series The Con, which explores the troubling tales of people taken in by claims and promises that proved too good to be true, from identity fraud and misleading romance to the high-profile college admission scandal and Fyre Festival.

Laci has had a recurring role on the series Single Parents, as well as roles on Better Call Saul and Florida Girls. She also played Violet in the movie The Wedding Year, which stars Sarah Hyland and Tyler James Williams.