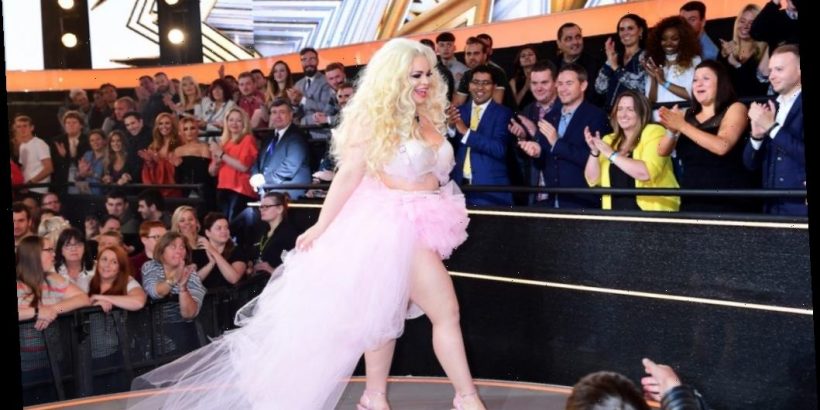 Right after Jeffree Star was rumored to be linked with rapper Kanye West, the YouTuber is caught up in more drama with another internet celebrity, Trisha Paytas. If you’re wondering who Trisha Paytas is, read on for more about the controversial content creator who’s speaking out against Star.

What Trisha Paytas is known for

Paytas is a content creator and singer whose public personality gained traction primarily through YouTube. She posts music videos, mukbangs (a South Korean trend in which one eats food on camera for entertainment), and is known for stirring controversy. Paytas caught flack for supporting 2012 Republican candidate for United States President Mitt Romney, appropriating Jewish culture, and calling out 16-year-old Charli D’Amelio for behaving like a 16-year-old.

Who Trisha Paytas interacts with online

Despite her controversies, Paytas has remained relevant in the digital space for over a decade. She dated “vlog squad” member Jason Nash from 2017 to 2019, which during that time, showcased her interacting with many from David Dobrik’s popular online friend group.

Paytas has been friends with Shane Dawson since the early days of both of their careers on YouTube, and she also struck a friendship with equally drama-filled creator Star. Paytas has since ended her friendship with Dawson (she blocked him and his partner Ryland Adams on social media) and is seemingly done with Star now, as well.

Star’s former hairdresser, HairByJay, posted a video on his Instagram account discussing a Las Vegas trip he took with Paytas and Star in February 2020, per Dexerto.

Paytas replied to Jay’s video with her own on Jan. 15 claiming she is “scared” of Star and his hairdresser. Paytas alleged that the two were “so awful” to her on the trip, that they were even mocking what she looks like.

“[Star] brought me on a trip to sh*t on me and I can’t have a say because he paid for it,” she said in the video, while also claiming she offered to pay for the private jet, Jay’s wig installation, and hotel. Paytas said that Star has since tried calling her, but she doesn’t want to speak with him.

“[Star] has called me multiple times and I refuse to talk,” Paytas said, revealing that she wants space from him.

Paytas continued: “These are awful people. I have my own problems, I do, I’m not perfect, but I’m not a nasty person to other people like this. I was cool with Jay, I was cool with him. I never mentioned him by name. I did have an issue with him charging me $1,000 more than wigs normally cost,” she alleged.

Star then weighed in on the situation on Twitter.

“I have personally apologized to [Paytas] several times last year about Vegas and she never responded, which is her right,” he said. “I respected it and what happened is between us. Don’t drag me into new drama… Not interested. What someone else says does not represent me.”

Paytas replied by quote-tweeting Star: “If you didn’t want to be involved in the drama why is he speaking your name in the video on your behalf? Confirming all the horrid sh*t you guys said about me? I have been cool but he is speaking on your behalf multiple times in all his feeds.”

Star concluded the conversation by responding: “You’ve ignored all my messages [and] texts for months yet wanna have an internet circus with an audience? No thank you. Love you girl, you can call or text me anytime.”

Jay then apologized to Paytas on his Instagram Stories and Paytas says she “wants to move on.”