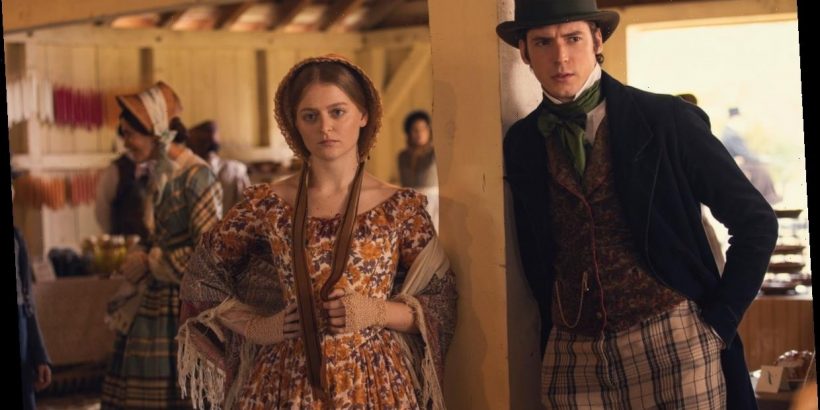 Emily isn’t the only Dickinson with a juicy storyline in Season 2 of Dickinson. Her sister Lavinia has a new interest, and he’s catching fans’ eyes in a big way. So, who plays Henry "Ship" Shipley in Dickinson? Pico Alexander is a star on the rise.

Warning: Spoilers for the first three episodes of Dickinson Season 2 follow. In the first season of Dickinson, Lavinia (Anna Baryshnikov) was way more intent on pursuing a traditional life than her sister Emily (Hailee Steinfeld), who’s laser-focused on her poetry. Now, in Season 2, Lavinia is getting the chance to explore a romance and possibly take the first step toward marriage. When the Dickinson family takes in a boarder, Lavinia gets a roommate in the form of Alexander’s character Ship. They end up sharing more than just a living a space, though, and now audiences want to know more about this newcomer.

Before Dickinson, Alexander appeared in a few series, including Orange is the New Black, The Carrie Diaries, and Catch-22. But he’s perhaps best known for starring alongside Reese Witherspoon as her love interest in the movie Home Again. That was his first time playing a romantic lead, but his turn in Dickinson proves it wasn’t his last. Also, fun fact: Pico Alexander is actually not the actor’s real name. He was born Alexander Jogalla, but he started going by his nickname Pico at a young age. "My grandfather started jokingly referring to me as Pico when my mom was pregnant with me," he previously told HuffPost. "And then when I was born, they wanted to give me a serious name, so they named me Alexander. But nobody ever called me Alexander except for one teacher in sixth grade."

Alexander was raised in an artistic family (his dad was a cinematographer) in New York City, so becoming an actor was natural for him. "I grew up in a house where there was always a camera lying around. My dad reinforced the notion that film is a story told through picture,” he told Buzzfeed. Alexander attended La Guardia High School (which has notable alumni including Timothée Chalamet and Jennifer Aniston) and then Mason Gross School of the Arts at Rutgers University. Now that his career has fully taken off, you can plan on seeing a lot more of Alexander on Dickinson and beyond.