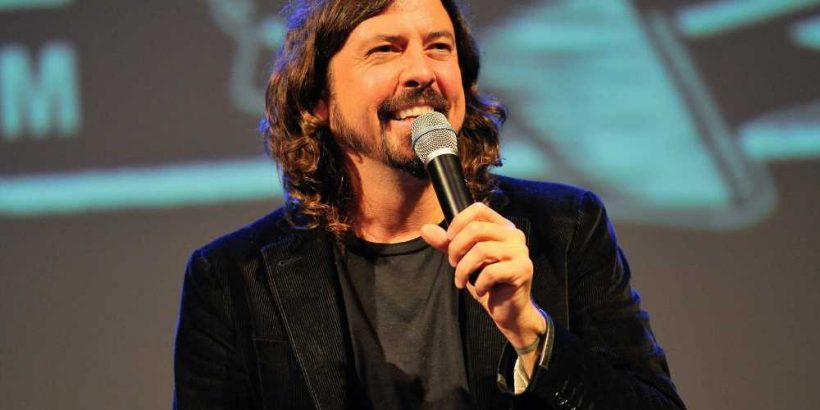 Dave Grohl has had a long and star-studded career as the reigning champion of alternative rock. Today, it’s hard to say if the celebrity is better known as the drummer of the legendary band Nirvana or as the lead artist in his own band Foo Fighters.

Since forming the Foo Fighters in 1994, Dave Grohl has more than lived up to Nirvana’s reputation by rocking his way into music history with hit after hit and countless collaboration projects.

He is even a burgeoning documentary film director, having directed many of the Foo Fighter music videos over the last twenty years. So why, all of a sudden, are we hearing about this legend of rock being kicked out of the studio by fellow artist Mark Ronson?

It all went down a few years ago during a Queens of the Stone Age recording, Ronson recalls.

Four years ago, Queens of the Stone Age were recording their Villains album in 2017. The recording was going well and Josh Homme was just hitting his strides with some powerfully emotional vocals. NME reports Mark Ronson recalled the incident, saying:

“It was like the first day we were doing vocals and Josh was like really in a rhythm and it hit something […] I think we were doing maybe ‘Villains [Of Circumstance]‘ or ‘Fortress,’ a very personal song on the record, and it was the first time Josh had really found that emotional place to get to, to sing that record.”

It was an intense moment for the band when Dave Grohl, who was in the studio to record with Allison Mosshart and Greg Kurstin, crashed their studio space to joke around with the band.

He came in to play around and have a good time with a few newer artists and their producer. When asked why Grohl was joking around in their studio, Ronson said he thought it was friendly studio hazing;

“I think I was, like, the newbie. And at that time, I liked to probably dress a little too involved for going in the studio. I think Dave was hazing me. He was just testing how he could push me. Every now and then. [he’d] come by with three pairs of basketball shorts and be like, ‘Do you ever wear shorts?’ It was like a funny … it was funny and then I was like, I don’t know if this guy even likes me. But I think he was just hazing the new guy a little.”

At the time Mark Ronson was producing for the Queens and was at the help, in charge of ensuring that recording went smoothly and they got the best sound for every track.

Why Ronson kicked Dave Grohl out of his studio in 2017

Ronson says he is a big fan of Nirvana and Foo Fighters and Grohl is a cool guy, but a producer’s first job is to the band and to the music they’re making. As he is quoted saying in Uproxx, a producer must make his studio into a fortress.

“… When you’re the producer, it doesn’t really matter who it is, your job is to just fortress your guy’s studio, protect the artist, protect the vulnerability, all this stuff, at any cost. So unfortunately, even if it was Dave Grohl, Stevie Wonder, whoever would have come in at that moment.”

As Mark Ronson explains, his band was hitting their stride and recording a very emotional set. He needed to hold onto that emotion and the quality of music being created. While Dave Grohl’s presence was fun and would usually be an honor, it was also distracting.

So when the time came to hang with one of his favorite artists or produce a great album, we all know Ronson made the right choice when he said:

“Dave Grohl, rock legend, get the f— out of here!”

This entire incident was recalled as part of a recent project that Ronson and Grohl tackled together.

In February 2021, the Foo Fighters released their latest album, Medicine at Midnight. Part of this album was a warm collaboration with Ronson to create a powerful new version of the Foo Fighters song “Making a Fire.”

The track features Grohl’s own daughter on backup vocals and is the talk of the album. Of course, we knew the new Foo Fighters album would be a hit, but the collaboration also stirred up some old memories.

Dave Grohl and Mark Ronson have had few opportunities to work together directly in the studio, but Grohl says he clearly remembers the one unique moment in their shared past where Ronson booted him from the Queens of the Stone Age recording for joshing around just a little too much.

Thankfully, we weren’t left in the dark. Mark Ronson laughingly explained to all of us just how he came to kick this notoriously friendly rock legend out of his (Ronson’s) recording studio.