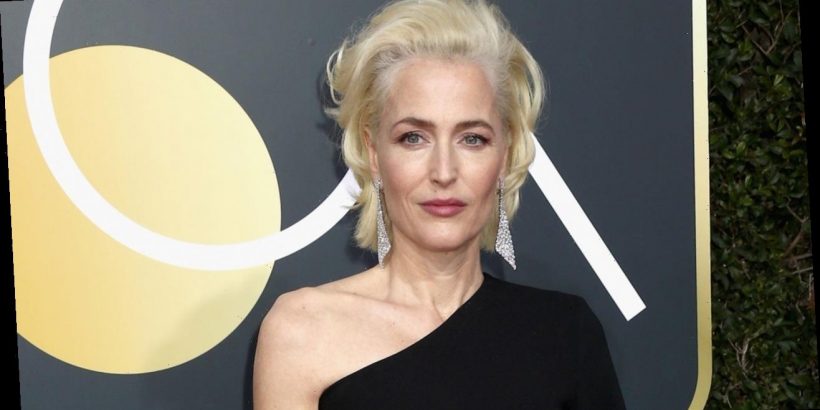 You may not have known, but Gillian Anderson is bidialectal.

The 52-year-old The Crown actress was born in Chicago and moved to London when she was 5. When she was 11, she moved back to the United States and lived in Michigan, spending enough time in both the U.S. and Britain to become accustomed to both accents, per The Guardian. Bidialectal means having the “facility in using two dialects of the same language.”

Anderson’s accent came into question after Alec Baldwin joked about the actress using her American accent during the Golden Globes on Sunday, when she took home the award for her performance in The Crown. Her speech confused many on Twitter who thought she was British and had a natural English accent.

“It goes back and forth because I grew up in both places, so it depends on who I’m talking to,” Anderson said during an interview with Scott Lawrence in October. “So usually when I’m talking to Brits, it slides into British, and vice versa for American.”

She added that “sometimes it’s conscious” because she knows that “somebody will be thrown by it.” “So I’ll consciously do it, but  the majority of time, let’s see, if I’m at a dinner party and I’m sat between one of each on either side, I literally can’t help,” she noted. “It just happens.”

In another interview last year with NPR’s Terry Gross, the X-Files star added that if she’s around American and British people, “I end up sounding somewhere in between, in the middle, because my ears are picking up on different things.”

Following her Globes acceptance speech, Baldwin tweeted, “Switching accents? That sounds … fascinating.” While the actor — who has since deleted his Twitter following backlash — didn’t mention Anderson, he later apologized for any offense to her that his comment may have caused.

“The person I was referring to is someone I am a huge fan of.. and that comment was meant to just illustrate the point that multicultural expressions of anyone… that’s your business,” Baldwin said, adding that he truly meant no disrespect. His comment was in reference to the controversy surrounding his wife, Hilaria Baldwin, and the questions regarding her accent and cultural heritage.

Hilaria’s controversy began in December, when questions about her Spanish accent and connection to Spain started circulating on social media. At the same time, it came to light that Hilaria was born in Boston, Massachusetts, and her real name is Hillary Hayward-Thomas.

In an interview with The New York Times, Hilaria defended herself amid the accusations of dishonesty. She’s since posted and talked about the controversy on her social media, expressing how she and her family grew up traveling to Spain all their lives.

See more in the video below.