The deadly hornets nest discovered in Washington is no more — because some badass wildlife experts suited up and got rid of the damn thing … with some crazy equipment in hand.

A group of scientists and entomologists working for the Washington State Department of Agriculture’s Pest Program got up early Saturday morning and headed out to where the nest was recently found at a residential area in Blaine, WA — right near the Canadian border. 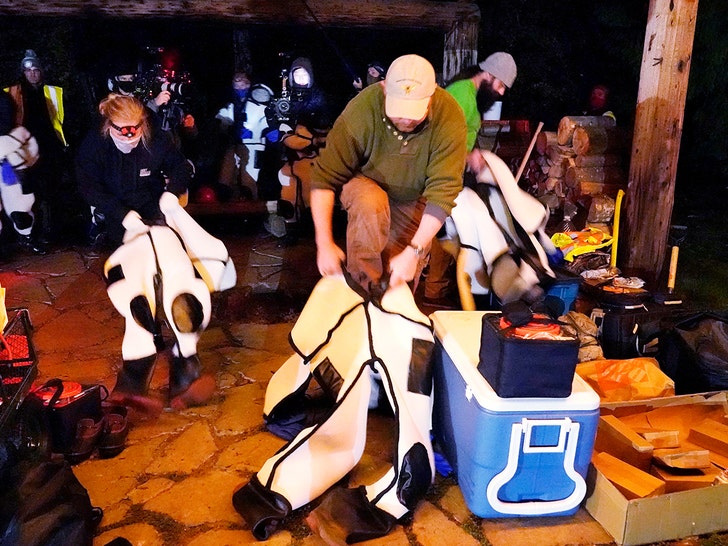 The team was up and at ’em before the sun was even out, and it was all strategic … they wanted to sneak up on the tree where the murder hornets had burrowed themselves inside and suck them out using some sort of a vacuum, catching the hive by surprise.

There was more to it than just that though — apparently, they flooded the trunk of the tree with a paralyzing foam, wrapped a good portion of it in plastic to contain them even further … and then got to the business of sucking them down and in different tubes, which they later showed off to the cameras that were standing by for the mission. It’s pretty neat. 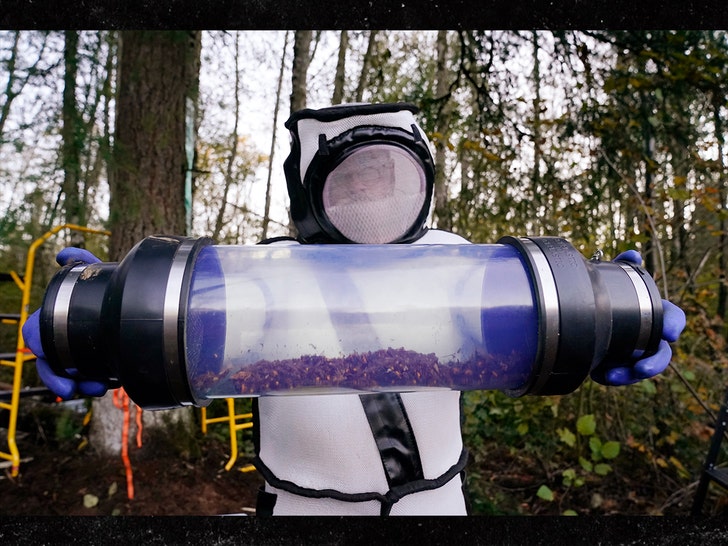 The hornets that were killed are said to be going “on ice” for further study — but rest assured, they’re not active anymore and pose no threat. The WSDA deemed the task a success, so it sounds like they got all of those buggers in one shot. Remember, there were dozens spotted entering and exiting the tree … a hornets nest is said to be able to house up to 200 at a time. That explains the abundance of protective gear … definitely necessary.

The nest sighting comes a few months after reports of the first Asian murder hornets here in the U.S. sent folks into a panic … this as coronavirus pandemic was just getting underway. Since then, scientists have done a great job at tracking them — and now, killing them too.

A murder hornet can wipe out an entire beehive in hours, and has the ability to poison a human to death as well with its venomous sting. So yeah, get ’em the hell outta here!!!