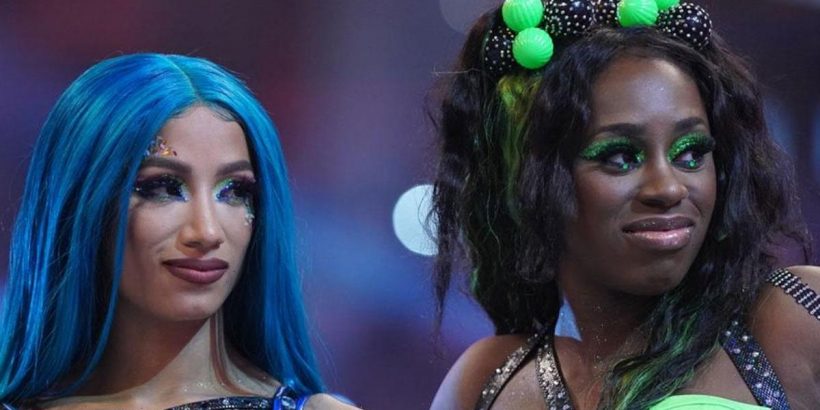 Sasha Banks and Naomi — WWE women’s tag team champions — reportedly walked out of “Monday Night Raw” last night after an argument with management about the creative direction of the show.

WWE issued a statement to TMZ Sports about the impromptu exit, saying, “During the broadcast, they walked into WWE Head of Talent Relations John Laurinaitis’s office with their suitcases in hand, placed their tag team championship belts on his desk and walked out.”

Officials from the promotion say when Banks and Naomi arrived at the arena they were made aware of their participation in the main event of ‘Raw,’ but allege both superstars claimed they were “uncomfortable” with who they were scheduled to wrestle.

It’s unclear if the incident is part of an internal storyline. Though, WWE’s statement makes it seem it was not part of the show, even writing, “Monday Night Raw is a scripted live TV show, whose characters are expected to perform the requirements of their contract.”

Sasha and Naomi were slated to be a part of a six-pack challenge match, where the winner would face Raw women’s champion, Bianca Belair, in a match for the title. But, after they left the building, WWE was forced to pivot.

WWE quickly ran a segment backstage with Becky Lynch, former women’s champion, where she said she witnessed Naomi and Sasha leave the arena. She then pleaded with on-screen official Adam Pearce for a title opportunity.

Becky Lynch fought Asuka in a singles match — the new main event — where she defeated her after spraying green mist in her face, and delivering a roundhouse kick.

As for Sasha and Naomi, PWInsider reports prior to leaving the arena, they met with Vince McMahon. Once it became clear WWE wasn’t going to make the changes they wanted, they decided to skip the show.