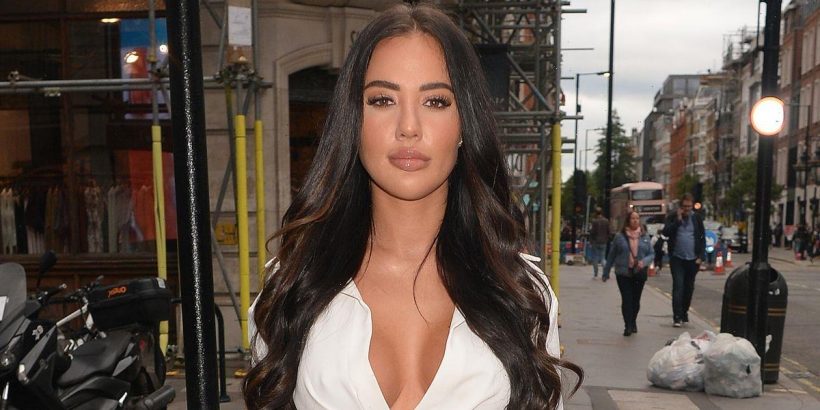 The Only Way is Essex star Yazmin Oukhellou has revealed she was upset with Georgia Harrison's comments after she shared posts about her on-off relationship with Jake McLean.

The businessman and reality star tragically died aged 33 in a car crash in Turkey last month, when he "lost control" of a car.

Yazmin, 28, was a passenger in the car and was left with injuries in hospital, and has since been told she may never fully regain the use of her right arm.

She has recently returned to England to continue recovering from the ordeal, but has been struggling to sleep alone since her return due to nightmares about the crash.

Since news of the crash, Georgia, 27, took to Instagram to pay tribute to Jake.

She wrote: "Me and Jake were on and off for years since we have known each other from school. In fact he was the only meaningful relationship I've ever had.

"Our connection was special and in between any relationship we had with each other we were always friends until the end."

She also shared screenshots of WhatsApp messages between the two, with Jake inviting her to Turkey to visit.

Speaking to The Sun, Yazmin revealed that Georgia’s posts were upsetting.

She said: “I think Jake and Georgia have had a sexual relationship on and off. I don’t think they have ever been together. But it was an upsetting thing to read.

“I wish she hadn’t posted them and I’m not sure why she did.”

She added: “I guess grief can really hit people though. I don’t want to get into a slanging match at all with anyone else – it’s hard enough coming to terms with it all.”

OK! has reached out to Georgia's reps for comment.

Georgia had also shared a series of images of the pair in tribute to him on Instagram.

She accompanied these with the caption: “Thankyou for giving me the confidence to love myself, thankyou for always routing for me, thankyou for loving me but most of all thankyou for being my mukka even in my road girl days.”

“333 will always be my number for you and the way the world lost you will forever haunt me because it makes no sense rip jake you lit up a room and everyone who met you couldn’t help but love you.”