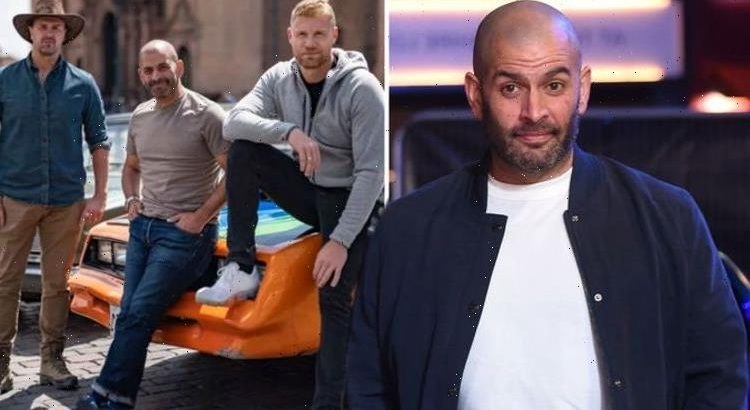 Top Gear magazine editor Charlie Turner took to Twitter to announce that today was his last after 18 years. The editor stepped down as he sets to take on his new role as the Chief Content Officer at Ferrari. Presenter Chris Harris, 46, was one the first to react to the news on his social media page.

Charlie wrote: “Today is my last day at Top Gear.

“It has been the most incredible journey, a true honour and huge privilege.

“I thank you all for your support and friendship over the past 18 years. Wherever your journey takes you, may the road rise to meet you.

One wrote: “What a brilliant legacy that is. Still remember picking up my first, the July 2005 issue, as a 10yr old!(sic)

“Barely missed one since! Best of luck at Ferrari!”

A second added: “What a legacy. Very best wishes to you for your exciting next venture. Take care.”

A third penned: “Well done Charlie – and what a tenure it’s been. You should be extremely proud… Here’s to the next step!”

Chris joined Top Gear in 2016 as part of a new line-up, taking over from Jeremy Clarkson, Richard Hammond and James May.

He first fronted the show with Matt LeBlanc and Rory Reid before Paddy McGuinness and Freddie Flintoff became his new co-stars.

Ahead of the latest series, Chris revealed why he doesn’t like watching the show back.

When the trio were asked if they watch the episodes with their families, he said: “It’s tricky, that.

“My youngest boy is 10, and I’ll sometimes watch it with him.

“But the others… There’s a terrible self-consciousness about television, where you can’t stand the sound of your own voice.”

He added to Screen Rant: “It sounds awful, but I’m very proud of what we do, and I’ll watch their films.

“I’ll watch their individual films, but I won’t watch mine.

“When it’s on, I would rather be anywhere than in front of a television.”

He added this wasn’t due to him not being proud of the show, but because he “cringes” when he sees himself on the television.