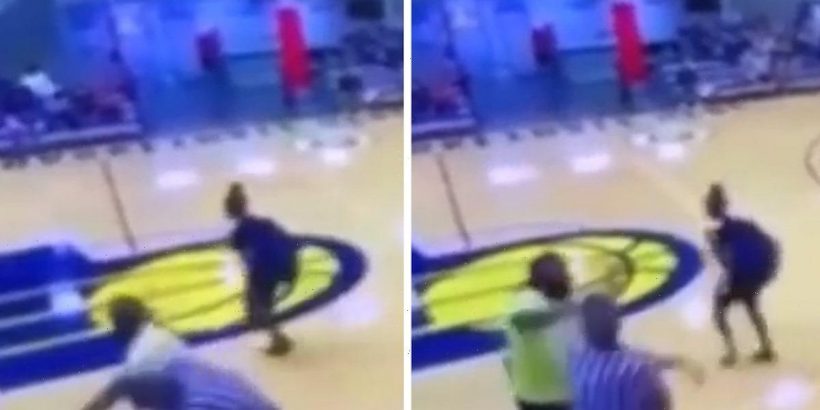 A youth basketball game in Indiana turned VERY violent — with a referee fighting adults and players … and the whole disturbing incident was caught on video.

It all went down over the weekend at the Prime Midwest Event at the Pacers Athletic Center in Westfield, IN during a game between two girls teams.

One of the coaches began arguing a call with just seconds remaining in the 1st quarter.

The ref called a technical foul — which pissed off one of the coaches so badly, she picked up her bag and began to walk off the court in protest, along with players and team staff.

After the mass exodus from the court, a man in a yellow shirt approaches the ref and appears to shoot cell phone video … as he continues to get very close to the ref.

At one point, the ref smacks the man in the face with a wild right hand — and that’s when all hell breaks loose.

The man in the yellow shirt gets really angry and charges after the ref — it appears he flipped the ref onto the ground very violently.

More chaos ensues until someone grabs the ref and walks him away from the melee.

A spokesperson for the Pacers Athletic Center issued a statement to the Indy Star … saying, “The event staff removed the involved parties from the remainder of the tournament and will not welcome them back to future events.”

“We are disappointed that this altercation happened, as we strive to provide a great experience for families.”

“We take the safety of our staff, referees, players and spectators seriously …  and there is no place for this kind of behavior in youth sports.”