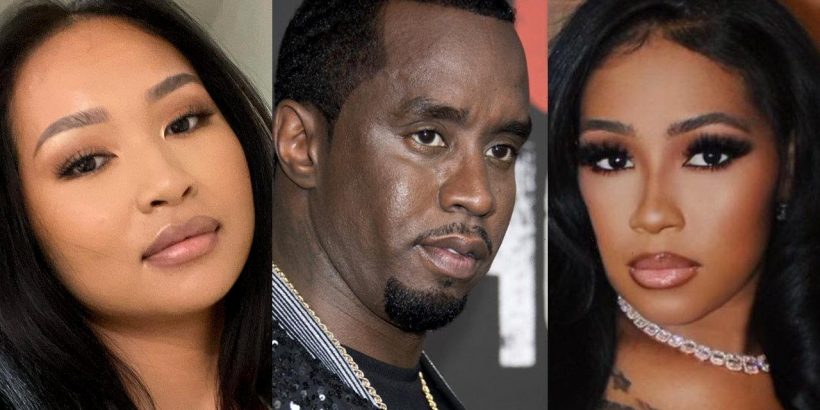 When celebrating another ‘F**k It Friday,’ the one-half of City Girls shares a video of her taking a sip a bottle of Deleon Tequila while sitting on her rumored boyfriend’s lap.

AceShowbiz –Yung Miami has reignited dating rumors with Sean “P. Diddy” Combs. Around a week after she traded shots with Gina Huynh over the “I’ll Be Missing You” spitter, the one-half of City Girls shared a social media post that saw her cozying up to the emcee.

On Friday, May 27, the 28-year-old posted on Instagram a video of her celebrating another “F*ck It Friday” by promoting Deleon Tequila. In the caption, she wrote, “Guess what today is!???? F**K IT FRIDAY! This is how @deleontequila make me feel. Happy Memorial Weekend. Let’s take a shot make sure to tag me!”

The post did not go unnoticed by Diddy. Taking to the comment section, the hip-hop mogul exclaimed, “Let’s GO! F**k it Friday! @deleontequila @yungmiami305.

In one video, meanwhile, Miami was seen taking a sip of a bottle of the tequila while she was sitting on Diddy’s lap. The 52-year-old himself didn’t seem to be bothered being recorded.

Days prior, Miami slammed Diddy’s exGina for posting a photo of Diddy planting a kiss on her cheek. “somebody please give this girl some attention,” Miami wrote at that time, before adding in another tweet, “Notice me please a** b***h go sit down! WE SEE YOU RELAX IT’S ok! You been (AROUND) just (AROUND) for years! You been waiting on this moment if he can’t make you famous b***h I ain’t!”

Gina then responded to Miami’s shade via Instagram Story. “If anybody is seeking attention.. B***H ITS YOU,” she argued, before stressing in a follow-up post, “Suck my d**k Idgaf.”

Annoyed by the reply, Miami fumed, “Attention? B***h I am the attention let’s be clear!” The female rapper continued, “Ian arguing with no b***h that got cheap a** lint ball carpet in they house f**king on a billionaire! You freaky a** b***h!”

Gina then came out with another message. “Why you so press mama? I thought you was a city girl,” she asked, to which Miami replied, “I am and that’s why I f**k with yo n***a & ain’t coming off him idc how many pics you post!”

Despite the PDA-filled picture, Gina claimed she’s single. In hew new song “Shake My A**”, she revealed she is currently not dating anyone. Gina also made it clear in a recent Instagram comment that she has blocked the record executive on Instagram.