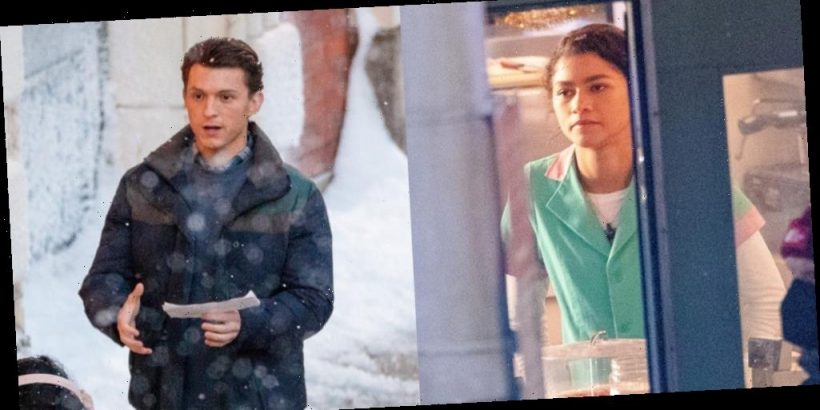 Zendaya and Tom Holland are hard at work!

The co-stars were seen filming for the first time together on set of the upcoming Spider-Man 3 on Friday (January 15) in Atlanta, Ga.

PHOTOS: Check out the latest pics of the Spider Man movie

Tom walked over as if almost preparing to ask her out, but appeared to think better of it once he went inside. Zendaya slid his coffee across the counter before Tom walked out.

There’s a lot of speculation that former Spider-Man actors Tobey Maguire and Andrew Garfield will be in the Spider-Man 3. Get the latest scoop here.

Right now, Spider-Man 3 is set for release on December 17, 2021. Marisa Tomei, Jacob Batalon and Tony Revolori are also expected to return to the franchise.

Tom was also spotted back in his Spider-Man suit while filming a few scenes for the upcoming third movie, and was seen leaping from car to car while filming with a young co-star. In between scenes, Tom was spotted bundled up in a maroon coat while staying safe in a face mask while checking out the footage he just shot. See the photos!