Zoe Ball, 48, and Rylan Clark-Neal, 30, have been quick to hit back at claims about a behind-the-scenes feud between them. According to The Sun, the Strictly: It Takes Two hosts were involved in a row when Rylan disrupted Zoe’s rehearsal with his antics, which made her snap: “Shut up.” A source told the publication: “Zoe tried to make the remark in a jokey way, but it was clear she was annoyed. “She was just trying to do her job.”

They continued: “Rylan wasn’t filming but he was ‘performing’ for the crew — telling jokes and laughing noisily. He was being very loud and Zoe snapped.

“It was obvious Rylan took offence — despite her light-hearted tone — and it was very awkward. You could cut the atmosphere with a knife.”

However, Zoe took to Twitter this morning to share a funny reference to Dynasty while dismissing the reports.

The TV and radio personality shared a photo of the soap opera’s rival stars Joan Collins and Linda Evans and jokingly compared the actresses to her and Rylan, who also work together on BBC Radio 2 and are firm friends.

Zoe made the reference in response to Rylan’s tweet denying the rumours today.

Rylan wrote in view of his 1.6 million followers: “Morning @ZoeTheBall. You evil witch. 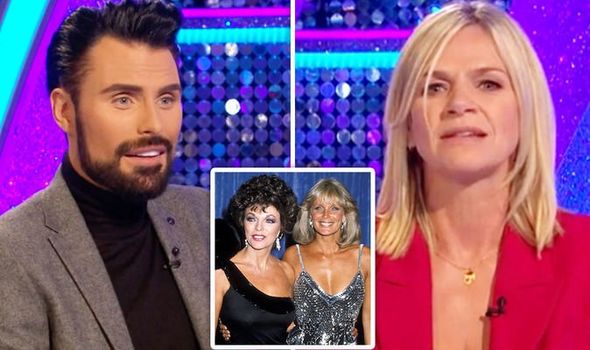 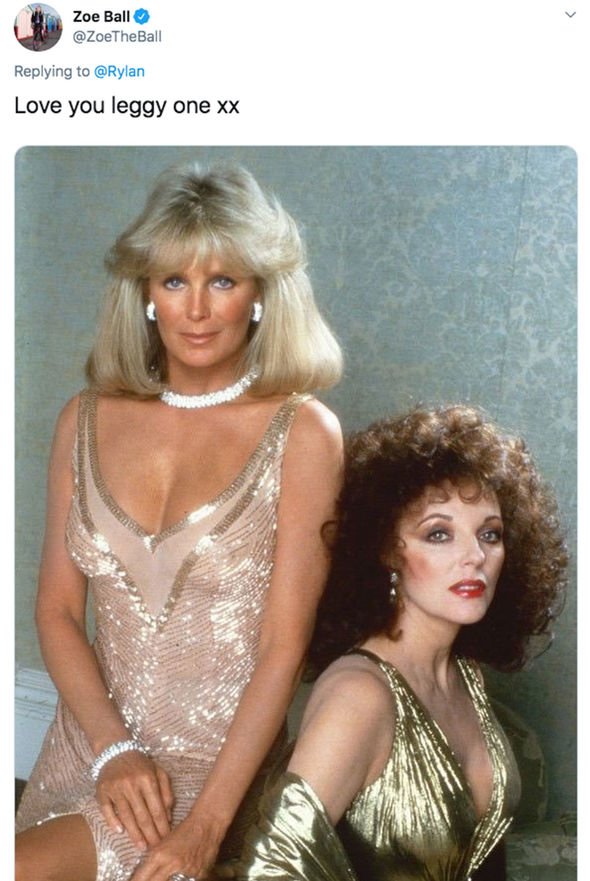 Zoe then replied by posting a photo of the glamorous Dynasty stars and added the caption: “Love you leggy one xx.”

Rylan seemed to enjoy his fellow presenter’s choice of image as he replied: “Can this be our Halloween lewk?”(sic)

Rylan also spoke out about the alleged row during an appearance on Sunday Brunch. 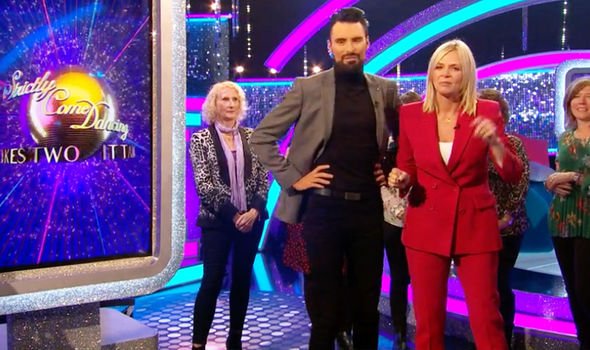 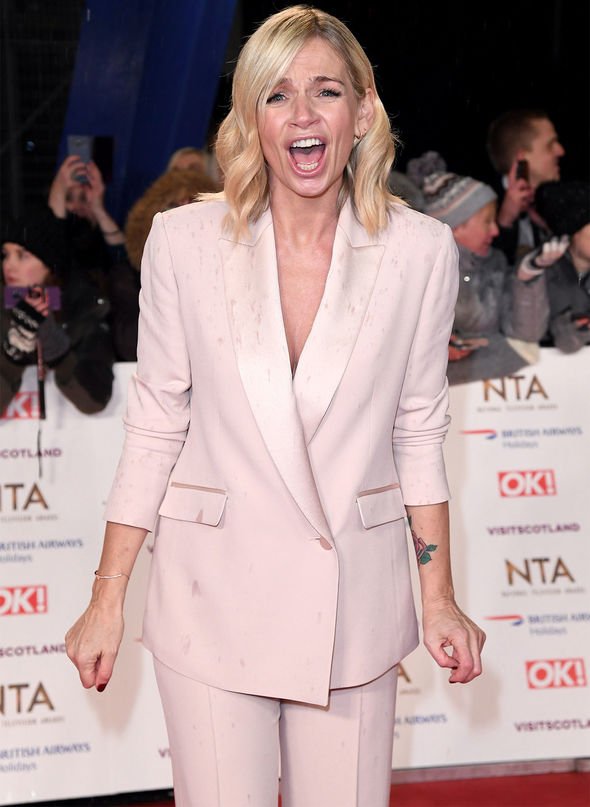 The star insisted he was not even in the UK to attend It Takes Two rehearsals when the spat reportedly took place.

He divulged: “I’ve just joined Strictly with the lovely Zoe. It’s been amazing. It’s such a beast that show.

“I’ve worked on big shows like Big Brother and X Factor but the fans of Strictly are on it.

“There’s a story this morning that said me and Zoe had a big bust up in rehearsals on Friday. A big old bust-up.”

He continued: “I was late. I missed rehearsals. I was flying back from my big DJ gig. So it’s news to me.”

Strictly Come Dancing: The Results airs tonight at 7.15pm on BBC One