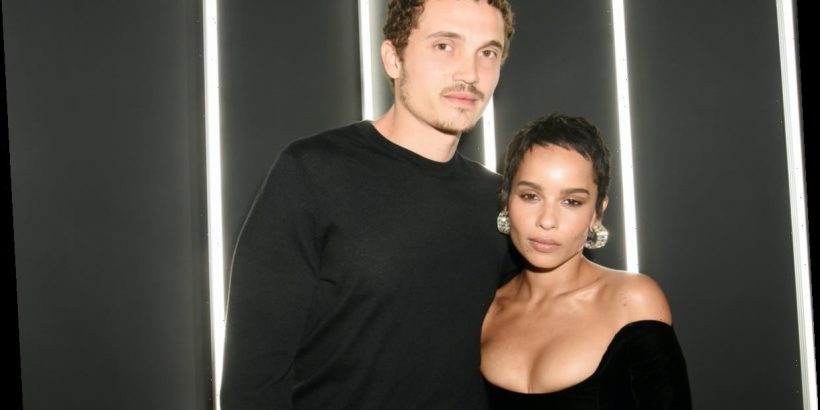 Zoë Kravitz and Karl Glusman are parting ways. After meeting in 2016, the couple tied the knot in May 2019. Given how lovey-dovey the couple seemed in photos, news of Zoë Kravitz’s divorce from Karl Glusman was a major surprise to fans.

That same day, the actor posted a meme on her Instagram story, seemingly in reference to the news. It featured a glamorous drag queen (whom RuPaul’s Drag Race fans will recognize as Season 11 contestant A’keria Chanel Davenport) taking out the trash, with the queen captioned, "The Universe," and the trash captioned, "People places and things that no longer serve my greatest and highest good."

Kravitz and Glusman first connected through mutual friends in 2016, a night that the actor later spoke about in the July 20`19 issue of British Vogue.

“I love that it wasn’t on an app and that it wasn’t on a movie set,” she said. “My friend knew that I wanted to meet someone – not even to get serious, I think just to get laid, to be completely honest with you – and he brought Karl. I instantly felt something – then he turned around and started talking to the blonde girl next to him and I was like, ‘Wait, what?’ But he later told me that he was just nervous.”

She later revealed their engagement news in a Rolling Stone cover story in October 2018, before the pair tied the knot in June 2019. The nuptials took place at her father Lenny Kravitz’s house in Paris, and featured celebrity guests like Nicole Kidman, Cara Delevingne, Denzel Washington, and Chris Pine.

The two recently celebrated their one-year wedding anniversary, with Kravitz marking the occasion by sharing a black-and-white photo from the day on Instagram and captioning it, "One year."

In his own since-deleted anniversary post, Glusman paid tribute to Kravitz by writing, “Not the year we expected… but I feel like if we can make it through this, we can take on anything,” said the actor. “I love you. More than anything. You’re my best friend… you crack me up and you melt my heart… you call me out on my bullsh*t and you challenge me to grow. I love you for that. And I’ll do anything and everything for you until the day I die.”