This year’s edition of the Lincoln Center staple is going virtual and (gasp!) to the Bronx — but there is still plenty to watch. 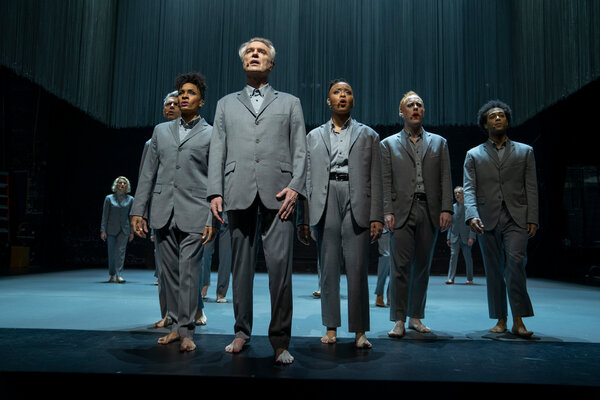 By A.O. Scott and Manohla Dargis

Of course it isn’t the same. If this were an ordinary year, the 58th edition of the New York Film Festival would give us plenty to be grateful for (and gripe about) amid mad dashes to Lincoln Center. Although much about this year is familiar — many movies, few stars, some reliably long running times — little else is. Most of the event, starting Thursday and running through Oct. 11, is being presented online, which will make the program available to a national audience. This Manhattan-centric festival is also getting out of the nabe, with drive-in screenings in the Bronx, Brooklyn and Queens.

The sociable rituals of lining up, buying snacks and shushing fellow cinephiles have been suspended for now, but the movies are still here, including those that offer inevitably nostalgic, prepandemic glimpses of New York and other cities. And the festival has held onto its identity, with restored classics, familiar auteurs and a strong roster of documentaries. Two nonfiction standouts, Garrett Bradley’s “Time” and Michael Dweck and Gregory Kershaw’s “The Truffle Hunters,” played at Sundance. Other selections echo the Cannes that might have been and the Toronto that sort of is. Needless to say, we miss New York as it was, but we’re glad to share this selection of movies you shouldn’t miss.

The opening-night film, directed by Steve McQueen, is part of an Amazon series (called “Small Axe”) on the lives of West Indian immigrants living in Britain at different times in the postwar era. Looser and warmer than his best-known features (“Widows,” “12 Years a Slave”), “Lovers Rock” administers a welcome antidote to the deprivations of quarantined life.

The proper way to describe this 68-minute delight would be to say that it’s about a house party in London in 1980, where Martha (Amarah-Jae St. Aubyn) and Franklin (Micheal Ward) catch each other’s eyes and fall into each other’s arms. But really, the movie is the party, and you feel less like a spectator than like a participant, intoxicated by the hints of danger, the pulse of the music and the tantalizing possibility of love. (A.O. Scott)

‘The Monopoly of Violence’ 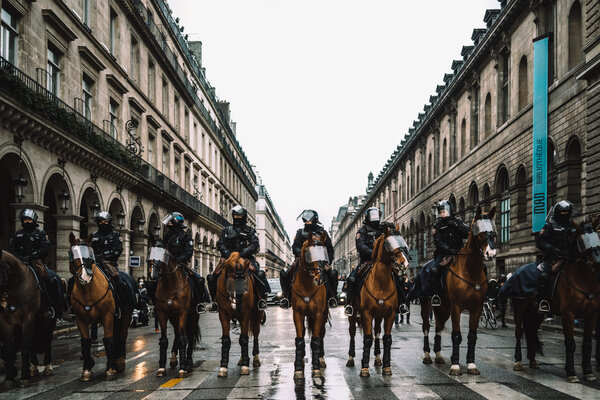 Pitched between practice and theory, David Dufresne’s documentary takes a dialectical look at the Yellow Vest movement that erupted over economic injustice in France in 2018 and resumed just last week. The title is borrowed from the sociologist Max Weber, who in 1922 defined the state as a political institution that claims “the monopoly of the legitimate use of physical force.” The limits of that monopoly are explored in the movie, which combines video from often violent protests with commentary from intellectuals and activists watching along with you. The results are very French, but the protest, violence and arguments are wholly identifiable. (Manohla Dargis)

A prodigious pig, a one-legged chicken and a herd of lissome cattle are at the center of this extraordinary, palpably intimate look at the everyday lives of a group of animals. Working in black-and-white and with nimble, fluid cameras that sometimes skim the ground, the Russian filmmaker Victor Kossakovsky shows a world that most people never notice or care to understand, one that respects other living creatures and sees, really sees, their distinct behaviors and relationships. To an extent, the movie reflects the issues that John Berger broached in his 1970s essay “Why Look at Animals?,” which mournfully weighed what has been lost as humans have increasingly severed their ties with animals. “Everywhere animals disappear,” Berger wrote. “In zoos they constitute the living monument to their own disappearance.” (M.D.)

Between the March on Washington in the summer of 1963 and the Rev. Dr. Martin Luther King Jr.’s assassination nearly five years later, the F.B.I. subjected him to continual surveillance on the orders of its director, J. Edgar Hoover. The tapes, now in the National Archives, will be unsealed in 2027, and in the meantime Sam Pollard has assembled an engrossing, unsettling documentary. The voices of historians, veterans of the fight for civil rights, and former F.B.I. employees are heard over archival footage that retells a familiar story as a blunt fable of state power and a nuanced essay on the fallibility of heroes and the ethics of historical inquiry. Rigorously focused on the facts of the past, the movie is also as timely as an alarm clock. (A.O.S.)

What is the opposite of social distance? It might be Frederick Wiseman, whose documentaries are epics of social proximity, serenely and thrillingly observant chronicles of how people behave in shared spaces. Wiseman’s latest pays an extended visit to Boston’s City Hall, and with his characteristic attentiveness he looks in on weddings, news conferences, office routines and, above all, meetings.

There are few things in life I enjoy less than sitting in meetings, but few things I relish more than watching them in Wiseman’s movies. He turns bureaucratic procedure into a kind of poetry, and finds both comedy and profundity in the banal idioms of governance. “City Hall” also provides a powerful and precise account of what democracy looks like beyond the rhetoric of campaigns. In Martin Walsh, Boston’s phlegmatic, sometimes tongue-tied mayor, Wiseman finds an unlikely and blessedly uncharismatic hero. (A.O.S.)

Drawn from Jessica Bruder’s book of reportage about Americans who live on the road, Chloé Zhao’s new film is as much a character study as an examination of social conditions. Frances McDormand plays Fern, a widow whose Nevada hometown has shut down along with the local industry. She finds community among fellow “rubbertramps” — wanderers who have, by choice or necessity, cast off the routines of career-focused, consumerist existence. Many of these nomads play themselves, lending a poignant, relaxed, lived-in texture to Fern’s adventures. There is sorrow in this story, but not a shred of pity, and a complex and powerful political argument drifts in as if on a desert breeze. (A.O.S.)

The lives of artists are often narrated as a struggle that almost invariably ends in success, even after death. The Indian director Chaitanya Tamhane takes a more complex approach to a familiar story in this elegiac, graceful drama, which tracks its title subject, a Hindustani classical singer (a vibrant, empathetic Aditya Modak), as he tries — and tries — to become worthy of both his teacher and the music itself. Filled with soaring musical passages, the movie is finally a meditative, unsparing if compassionate exploration of the ineffable chasm between inspiration and industry, between greatness and the desire to be great. (M.D.)

‘Swimming Out Till the Sea Turns Blue’

Jia Zhangke has been a mainstay of this festival for nearly 20 years. In his fictional features (including “A Touch of Sin” and “Ash Is Purest White”), he traces the transformation of China’s post-Mao landscape and society through the lives of representative characters. His documentaries reach further back, into the memories of ordinary people who lived through the upheavals of the nation’s post-revolutionary decades.

The latest examines the evolution of a village in the northern province of Shanxi. Old-timers remember an unsanitary backwater notorious for its unmarriageable men, a startling contrast with the modern consumerist bustle captured by Jia’s camera. How did it change? The answer is found in a complicated weave of progress and loss, in changes etched in the faces of people given the time and attention to explain what they have seen. (A.O.S.)

‘The Woman Who Ran’

Elegant, dryly funny and quietly moving, Hong Sang-soo’s latest is organized around three conversations. Over the course of a fleet 77 minutes, the peripatetic heroine, Gamhee (the wonderful Kim Min-hee), visits a handful of other women, each with spectacular views and many thoughts about their lives and that of their ever-patient and gracious visitor. Fruit is carefully peeled, alcohol consumed, a plump cat nobly defended and worlds beautifully explored. The mood is ruminative, the filmmaking effortless. (M.D.)

Midway through Spike Lee’s delightful documentary of the David Byrne lollapalooza that opened on Broadway in 2019, I found myself swaying in my living room. Well, how did I get here? The music, of course, but also Lee’s dynamic filmmaking, which translates the stage show to the screen with swooping camera movements and precision-timed editing that perfectly serves the songs, the performances and outstanding choreography. Play it loud (and often)! (M.D.)