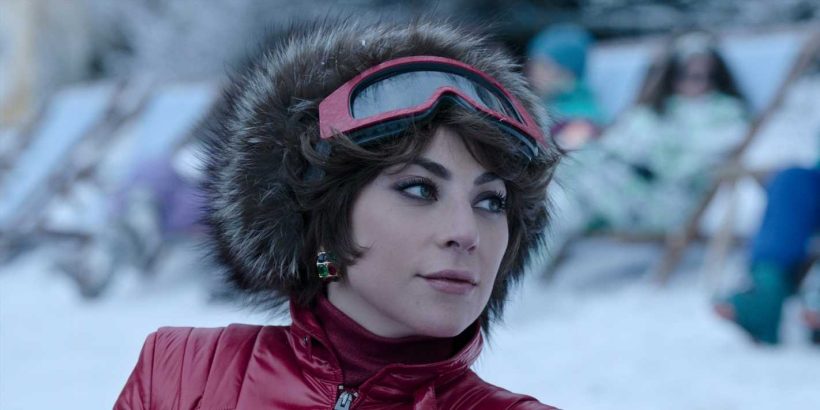 Ah, skiing. It’s one of those sports that most people seem to really love or really hate. Well, either that or you, like me, enjoy the idea of skiing so you tried it a couple times and got so sore and cold after the first day that you spent the rest of the trip enjoying bowls of warm soup and plenty of spiked hot chocolates from the safety of the chalet (it’s honestly the best part of the whole sport IMHO). But with the 2022 Winter Olympics coming up, you better believe that means watching all of the events and convincing myself I can totally get back out there on the slopes.

But rather than risking another bruised butt which, er, may or may not have happened, the easiest way to get that ski fix is by bingeing a couple skiing movies. Now, skiing movies may not seem like an overwhelmingly popular genre but let me tell ya, the ones that are out there are absolutely worth a watch. You’ve got more well-known films like Eddie the Eagle and hidden gems like Ed Westwick’s movie Chalet Girl. And of course there are a few must-see documentaries, like the one about the first guy who skied down Mount Everest (!!). So put on your warmest jammies and grab a cozy blanket ’cause you’ve got some snow-filled watching to do.

This movie is based on the very true story of British skier Michael Edwards (better known as Eddie the Eagle). After getting rejected from the British Olympic ski team and his dreams of being an Olympian totally crushed, he sets out to qualify as a ski jumper—a sport the British team hadn’t participated in for 60 years.

This one’s an oldie but a goodie. It’s about a group of really good skiers (that also love themselves a good party) whose jobs and reputations are suddenly at risk after another group of skiers shows up looking to beat them at the end-of-season competition. The drama!

If a movie about a family-run ski lodge being threatened by a big and powerful businessman who wants to build a massive resort there sounds up your alley, then this is a must-watch. Even if you’re not familiar with the movie, you’ll definitely recognize a lot of familiar faces, like Leslie Jordan and George Lopez.

For the documentary junkies out there (hi, it me) this Oscar-winner has got to be on your list. As the title kinda gives away, it’s about the first-ever man to ski down Mount Everest, which happened all the way back in 1970. The story is totally wild from start to finish.

Who doesn’t love them some vintage Milo Ventimiglia?? ‘Cause I sure do! This movie’s got some American Pie-esque vibes, but it’s about four party-loving college grads living in Aspen and trying to figure out what to do with their lives.

Okay, so, James Bond movies aren’t exactly known for being ski movies, but On Her Majesty’s Service has a famously epic ski chase scene that makes watching the entire thing worth it.

Anything with Will Ferrell and Julia Louis-Dreyfus is an immediate must-watch in my book. Downhill is an English remake of the Swedish comedy-drama movie Force Majeure, and it’s all about a family on a ski vacation in Austria who, after a seemingly near death experience with an avalanche, are forced to reevaluate their lives.

When ex-champion skateboarder Kim needs more money to support her and her dad, she takes a job at an exclusive ski resort in the Alps. She might not ski or snowboard (yet!), but then she meets Johnny, a very hot skiier.

If you’re not familiar with this Jim Carrey hit, that’s probably because it wasn’t exactly a hit. The entire movie is basically an ad for the now-closed Club Med resort in Colorado, but it’s honestly such a strange, smashed together combo of story line and musical performances that you’ve gotta watch it at least once in your life.