Yen Tan is a Malaysian-born American director who lives in Dallas. He was born in 1975 and migrated to America when he was 19, so we can assume he knows nothing directly about what life was like in 1985 for gay men, during the most terrible years of the AIDS epidemic.

How then does he make this small gem of a film so real, so persuasive, so intensely personal and so American?

I’m assuming he has the gay part covered, since almost everything he has made has been about gay characters (Birthday, Deadroom, Ciao, Pit Stop). 1985 grew out of a short film and it’s less about the period than the gulf between cultures within a family. 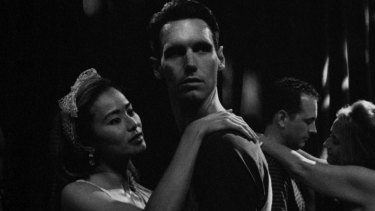 Adrian (Cory Michael Smith) comes home to visit his family outside Forth Worth for Christmas. He is about 23, slim and neat, polite and terrified of his gruff, bullet-headed father Dale (Michael Chiklis), an army veteran. The air between them is charged with distrust and repression.

Adrian’s mother, Eileen (Virginia Madsen), tries to fill the holes in her family with food. Dale’s young brother, Andrew (Aidan Langford), about 12, suffers from acne and the stress of life within a strictly religious family.

Their pastor breathes hellfire and mounts bonfires for the Devil’s music. Andrew still hasn’t forgiven his brother for cancelling a long-anticipated visit to stay with him in New York. Andrew has given up football to concentrate on drama club at school. His father wonders what next.

None of them seems to notice what we can see pretty clearly. He has come home to divulge his secret, but somehow he just can't find the right moment. He can’t even unburden himself with former girlfriend Carly (Jamie Chung), a lovely Korean-American girl who now lives in Dallas. 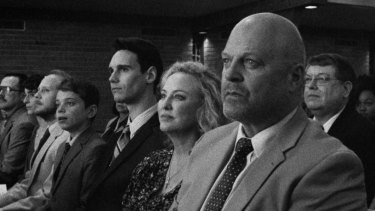 Yen Tan doesn’t choose the easy path for anything here. He shot it in Super 16mm film, in black and white. It looks gorgeous, but nobody who wants to sell a film that does that nowadays. He employs long elegant takes, in which the actors have to hold the drama. He doesn’t force the emotions, which leaves us to find our own way through. And the dialogue is cut to the minimum, so that the meaning must travel via the imagery. It’s a directorial tour-de-force, but that is only part of the appeal.

What really distinguishes the film is that it gets deep inside this broken family without becoming histrionic or accusatory. Tan avoids any hint of sentimentality, concentrating on the pain instead.

The performances had to be strong to hold up this level of drama and they are, uniformly so. Virginia Madsen has never been more brittle and effective. It’s a small film, but grand in its emotional sweep.

Little Britain will be making a major TV comeback after 12 years — but will it fall foul of PC killjoys? – The Sun