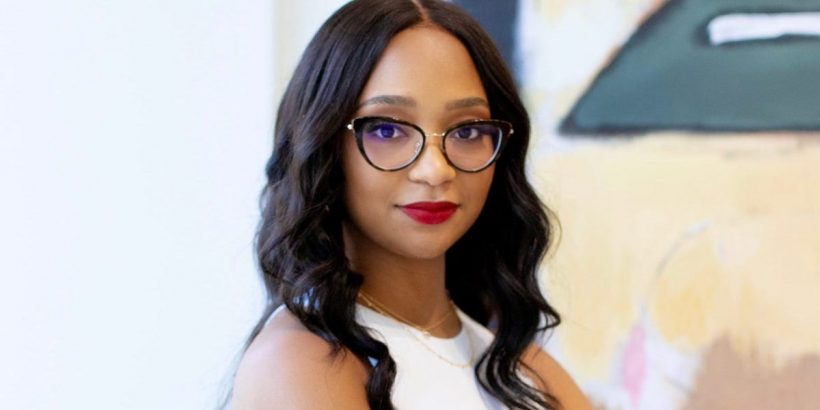 As a digital marketer, Annelise Campbell saw firsthand the disparity between what Black influencers experienced in the industry and what their white counterparts did.

During her early 20s, Campbell worked at marketing agencies like Golin and January Digital, running digital strategies and influencer campaigns for several brands.

“My team would send out influencer outbound opportunities and we’d get rates back, and you could just see the discrepancy right in my inbox,” Campbell said, referring to the pay rates influencers would ask for on social-media campaigns.

“I could see what white influencers who were more established, who had had representation, what their rates were looking like versus people of color who didn’t really know what to charge, how to get into this,” she added.

Campbell saw this even more up close while working as a part-time video editor for lifestyle influencer JaLisa Jefferson in 2019.

“In passing, she had mentioned how much the brand is paying her for the video that I was editing,” Campbell said. “And I was like, whoa … you are way, way, way, way, way undercharging.”

Campbell began to work as a freelance manager for Jefferson and, after several months, decided to launch her own management firm — Campbell Francis Group — at 26 years old. In November 2019, when Campbell launched CFG, she had just one influencer on the roster: Jefferson. Within a year, CFG had signed more than 20 influencers.

CFG’s roster is made up of creators of color who post lifestyle, beauty, and family content — many of whom are “micro” influencers, a category of influencers who typically have under 100,000 followers.

Inside launching a talent management firm

Campbell manages her clients’ invoicing, content schedules, and makes sure that they are on track to meet their revenue goals. And if they aren’t, then she and her six-person team strategize which — and how many — brands they are going to need to pitch.

As Campbell launched CFG, she asked herself: “How many clients do I need to sign? How much do they need to be averaging in revenue? How much additional work am I going to have to be doing for each client to get them to their goals? What percentage are we going to take?”

“Honestly, the biggest thing was figuring out the profitability of the business because at that point, at the beginning stages, it was just me,” she said.

An early cost Campbell had to take on was hiring a freelance lawyer to review the contracts.

“I had to pay the lawyer fees and I had to make sure I was figuring out like, if we have XYZ many contracts, I have to pay this lawyer, how’s it going to decrease profitability in terms of charging standard rates?” Campbell said.

Navigating how much time to allot to each client was another obstacle. In that first year, Campbell had to let go of one client she had signed because CFG had taken on too much work, she told Insider.

“That was a hard lesson,” Campbell said. “I couldn’t give that client the amount of attention that they needed … We’re still learning. We’re still growing. And after that, I was like, that’s never going to happen again.”

As of May, CFG has secured more than $1.5 million in brand deals for its influencers in 2021 and projects more than $500,000 in revenue for CFG by the end of the year, Campbell said.

CFG’s six-person team works flexible hours, remotely, as they’ve adapted to the pandemic, Campbell said. Currently, the team is paid hourly, but the company plans on transitioning everyone to full-time, salaried employees by 2022.

Building a management firm takes commitment and a deep understanding of the industry, she said.

“Don’t just treat it as a side hustle, because if you’re trying to build an agency, you can’t do it well with side hustle mentality,” Campbell said.

‘Those first couple of months, I was like, what have I done?’

Starting out on any entrepreneurial venture comes with challenges. But when Campbell launched CFG at the end of 2019, there was no way she could have anticipated the year to follow.

“Those first couple of months, I was like, ‘What have I done? Why did I do this?'” Campbell said. “It was hard.”

The outset of the COVID-19 pandemic put a looming question mark over the influencer-marketing industry. Many brand deals were put on pause, events were cancelled, and creators and marketers alike pivoted any direction they could.

“That March and April, we were really nervous and we had to do a lot of reassuring clients that things were going to be okay when transparently, we weren’t 100% sure if they would be,” Campbell said.

Taking a cue from her past work on the agency side of marketing, Campbell reached out to agencies and asked how her influencers could help them create content while production facilities were closed.

Then in June, the industry grappled with how to respond to the Black Lives Matter protests and the death of George Floyd.

“Brands were panicking, like literally panicking to have representation,” she said. “And people were reaching out to our clients and to us at rates that we had just never seen before.”

On top of her role as a manager of about 12 Black creators at the time, Campbell was educating brands and other agencies about how to work with Black creators and what they could do better, she said. Campbell posted an article to Medium that June outlining what brands needed to know before working with Black creators, including input from CFG’s own roster.

“It was taxing,” Campbell said.

Some of her clients did not want to post sponsored content during that time, and many just needed a break, she said.

“I had clients who pulled out of stuff because brands’ responses to everything were incorrect,” Campbell said. “And I was like, I’ll die on this hill with you.”

As a manager, it’s not about pushing her clients to take every deal; it’s about longevity and advocating for her clients, Campbell said.

“If I wanted to make $200,000, I could just go work for Facebook,” Campbell said. “If it was just about the money, there would be no reason for us to be bending over backwards doing all this stuff for our clients, but it’s because we care about them, we’re invested in their success and wellbeing.”