When Australian director Cameron Nugent emailed veteran US actor JK Simmons about a role in his debut feature, A Boy Called Sailboat, he didn't seriously expect a response.

He'd not tracked down Simmons' address through official channels, but instead via some internet detective work, fishing it out of a deeply-buried online forum. Add to this the fact Simmons had recently won an Oscar for his work as an abusive drum teacher in Whiplash, and the chances of the actor paying attention to an unsolicited pitch from an anonymous director were next to none. 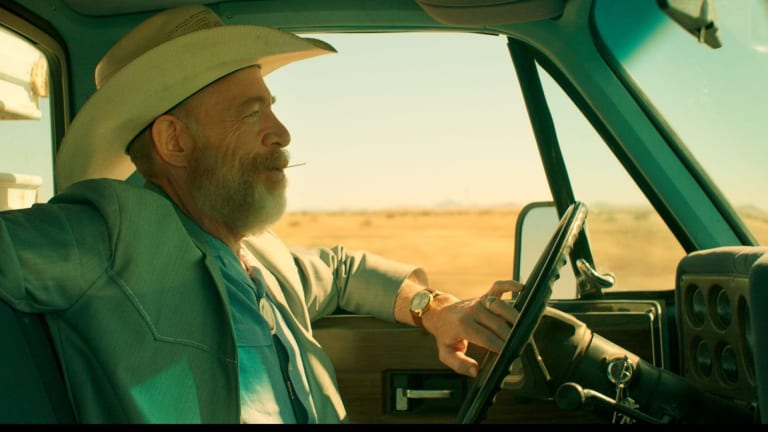 JK Simmons joined the cast of A Boy Called Sailboat for a fraction of his normal fee.

Then an email popped into Nugent's inbox.

"He [replied] saying, 'I'm not sure how you got my contact, but I appreciate you sending [the script] to me. I'll be catching a red-eye tonight, I'll read your script and get back to you if it's of interest to me'," says Nugent. "Well, the next morning he called me."

Simmons ended up signing on for a fraction of his normal fee to play the part of a used car salesman, delaying another project so he could join the production in Silver City, New Mexico.

"To get such a vote of confidence from someone who has no obligation to it…" Nugent trails off. "It's so buoying for the whole crew."

A Boy Called Sailboat is a delightfully original family film set in a small town in New Mexico. It tells the story of a young Latino boy, Sailboat (newcomer Julian Atocani Sanchez), who finds a ukulele, upon which his gravely ill grandmother asks him to write her a song. The music he composes has ramifications that extend well past his family unit.

Imbued with the kind of unique indie-quirk that made Napoleon Dynamite a cult smash, Nugent first had the idea 20 years ago while still at school in Melbourne. Back then the central character was a Greek boy in Brunswick, but after travelling the world he transposed the setting to a Latino family in New Mexico.

"I just loved their really simple, wholesome way [of life] and the way they embraced family," he says.

Nugent started penning the screenplay about six years ago, aiming to capture the spirit of the movies he grew up on.

"I would literally sit up at night and read screenplays like ET and Gremlins and Stand By Me, to get a feel of why they were so special. There's nothing explosive about Stand By Me, it's just a timeless story and I wanted to know why. I wanted to garner some of these elements and bring them to Sailboat."

The film has been lauded at festivals around the globe, and picked up for release throughout Europe and Asia. It will hit cinemas in America in February, after which HBO has the rights for television. An Australian release is tentatively scheduled for about the same time.

Select preview screenings will occur around the country throughout November and December, with award-winning guitarists Slava and Leonard Grigoryan performing their soundtrack live.

"Hopefully it will be a nice experience for everyone seeing it for the first time to have something organic happening in the room," says Slava. "Being where the film is set, we wanted quite a lo-fi Tex Mex guitar sound. We ended up having a lot of fun, living up to a few of our Gypsy Kings childhood fantasies. It was a treat."

It's fair to say Nugent's initial hopes for this small-budget, big-hearted indie film have been exceeded.

"I just hoped my friends and family would come and see it and be proud of me for not wasting a few years," he says. "But honestly, it puts a big smile on my face to put a smile on the face of a few strangers."

A Boy Called Sailboat, with the Grigoryan brothers performing the soundtrack live, screens at The Ritz in Randwick on November 24.