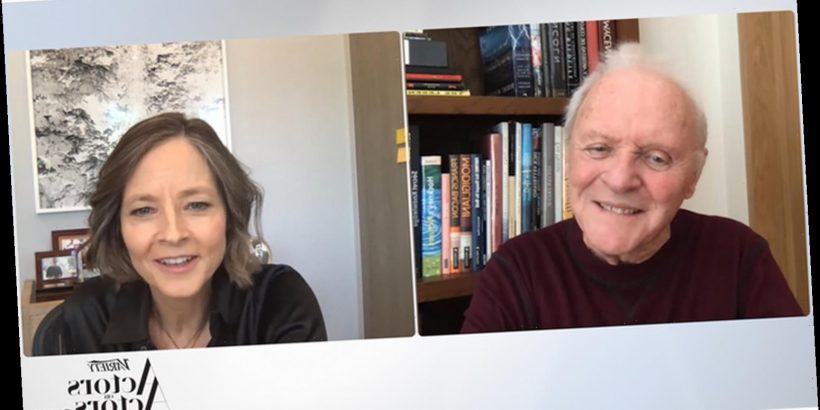 It's been 30 years since Hannibal Lecter and Clarice Starling's eerie conversations captivated audiences in The Silence of the Lambs — and the movie's stars were just as creeped out as those watching.

Anthony Hopkins and Jodie Foster, who starred as Hannibal and Clarice respectively, reunited virtually for Variety's annual Actors on Actors series where they reminisced about their roles in the psychological horror.

And 30 years later, both actors still remember every bit of filming the 1991 hit that won them both lead acting Oscars.

"It's a life-changing adventure, that movie, for both of us," Foster, 58, said, before asking Hopkins, "I'm sure you still get people who come up to you and say, 'Would you like a nice Chianti?'" The two also spoke about finding their characters through their voices, with Hopkins saying that Hannibal's chilling tone came to him quickly.

"I knew what the character looked like," Hopkins said. "The voice had come to on the first reading."

"I remember that specific voice you had, the metallic tinge to your voice," Foster said. "Chris Newman was sound mixer, and he also enhanced that. He was able to bring up that up a little bit." Foster said she found Clarice in imagining what the scarring experience with the lambs would do to her years later.

"For me, with Clarice, it was also about her voice, mostly because she was somebody that had been scarred by the bleeding of the lambs, the sound and how there was nothing she could do to help them," Foster said.

"She had this quietness," Foster added. "There was almost a shame that she wasn't bigger, that she wasn't stronger, this person trying to overcome the failure of the body they were born in. I understood that was her strength. In some ways, she was just like the victims — another girl in another town. The fact that she could relate to those victims made her the hero."