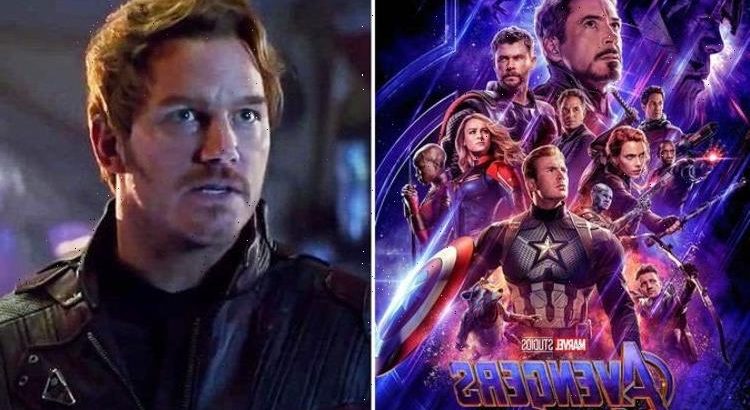 Being such a mega sci-fi blockbuster, there were always going to be a few plot holes in Avengers Endgame. And now the Marvel epic is on Disney+ in IMAX ratio, the most devoted of fans are able to go through the film with a fine-tooth comb and spot subtle errors. The latest involves Chris Pratt’s Star-Lord in the final battle and has been upvoted on Reddit almost 20,000 times.

The portals scene of Avengers Endgame is one of the blockbuster’s most epic moments as Captain America wielded Mjölnir and delivered the iconic battle cry: “Avengers assemble”.

The Marvel superheroes then charged full pelt at Thanos and his forces, which included an incredible shot of all the characters together.

In the past fans have pointed out that Tom Holland’s Spider-Man didn’t seem to have anything to swing on to at this moment and now it’s the leader of the Guardians of the Galaxy who seems to have a plot hole.

It’s a fair criticism considering that Iron Man and Pepper Potts’ Rescue had rockets on their hands to keep their torsos up, but Pratt’s Peter Quill doesn’t.

Some fans in the comments suggested it could simply be down to Star-Lord having “insanely strong core strength”.

Whatever the case, the explanation for another plot hole in Avengers Endgame’s final battle has really caught on.

Scott Lang kicked off Avengers Endgame’s final battle having grown to the size of Giant Man.

However, he soon shrunk down again with The Wasp Hope van Dyne in an attempt to hot-wire the van containing the entrance to the Quantum Realm.

As they attempt this, a few scenes later there’s a shot of the battle with Giant Man seen fighting Thanos’ forces, but surely he couldn’t have been in two places at once?

Reddit user hockeytalkie argued: “What if there are two Ant-Men on the scene, and one of them is Luis? There are four KEY pieces of evidence that support this theory [which are listed below].”

2. That means the left-hook that Scott Lang throws at the Leviathan in Endgame. Luis is perhaps the best non-powered puncher in the MCU.

3. Luis has professed a desire to get a suit of his own in the past, and we know there are multiple Ant-Man suits out there to be had.

4. We already have the perfect method through which to reveal all this in Ant-Man and the Wasp: Quantumania via a classic Luis soft jazz voiceover recap.