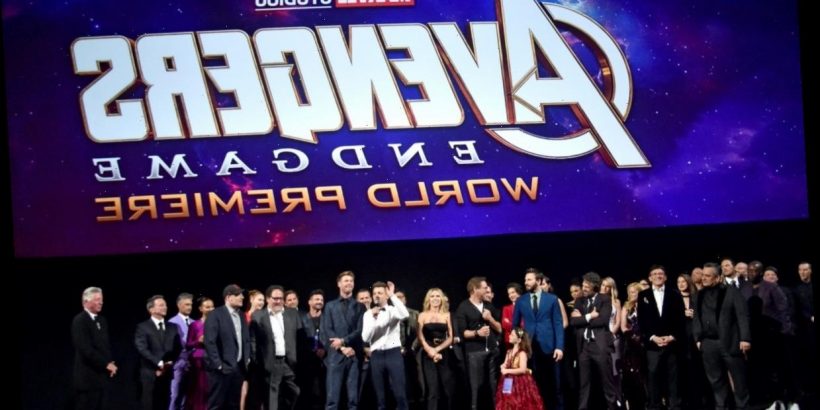 The Marvel Cinematic Universe, like everything else in the world, was forced to think about things when the COVID-19 outbreak put the entertainment industry on pause for most of 2020.

While this was an inconvenience, it may have been far worse if it happened one year earlier. While the Scarlett Johansson vehicle may have suffered, Kevin Feige opened up about how catastrophic a similar event could have led up to Endgame.

The MCU is put on pause

The MCU has released multiple movies during most years since 2008. While Iron Man and its sequel, The Incredible Hulk, Captain America, and Thor came out in close succession at the time, their release schedule was tame compared to today’s. Now, the universe is on television, theaters, comics, and shelves across the country.

Despite dozens of properties under its belt, however, none were larger than Endgame. Even the previous entries in the Avengers saga seemed small compared to the massive event that brought out dozens of superheroes on the same battlefield. Had that been interrupted by a national pandemic that could still pause the theater industry for months, it could have been catastrophic.

Feige spoke about this with the New York Times, telling the paper, “If the run we had in 2018 and 2019 had gotten disrupted this way, in the buildup to ‘Endgame,’ it would have been a bigger headache… With these projects, it worked well.”

As one fan on Reddit, u/Sir__Will, put it, “Besides really sucking to have to wait, all of these shows depend on Endgame being out. The current slate of movies aren’t so important that way. The shows can go on without them,”

However, despite the long delay, Marvel fans can finally feast their eyes on something new.

Filming in the time of COVID

While movies will have to wait several months, the first MCU series on Disney+ is already released. Wandavision reunites Elizabeth Olsen’s Scarlett Witch with her dearly departed partner, Vision. However, while the implications this had on the MCU’s on-screen universe are massive, the premiere also provides a sense of much-needed normalcy for fans who want new content.

This extended to the sets. According to Olsen and Bettany, the COVID-friendly stages meant that the everyday relationships that come with being on a set together vanished. To Olsen, this was a challenge.

“I had a hard time with that,” Olsen told the New York Times, noting one time when she was called out for being in the wrong place. “I was like: ‘But I’m talking to the crew! This is for moral support!’”

However, Olsen also saw the little slice of normalcy and the ability to work while so many others had to stay at home with uncertain futures as a blessing. Furthermore, she got to see a world where they could take the pandemic and use it as a test for how to film things in the future.

“We’re all experiencing this extreme version of life right now,” Olsen told the paper. “We created this microcosm of humanity where we could communicate and problem-solve together… There was something great about getting to come to work and experience that.”

Now, with Wanda/Vision premiering on Disney+, however, all eyes are on the MCU’s future.

Lucky for Marvel fans, there’s no shortage of movies and series coming up. Starting with Wanda/Vision, the year will be filled to the brim with MCU films and series. Black Widow premieres in May, a year after it was set to be released. Then, in July, Shang-Chi and the Legend of the Ten Rings will introduce the audience to a new set of characters. The Eternals is up next, with a scheduled November release.

Finally, the much-anticipated third Spider-Man film is currently set to close out the year on December 17. However, with filming just getting started, a delay in this regard is not impossible. 2021 should be a good year for Marvel fans. From shows to movies, it’s sure to broaden the MCU and give audiences that much=needed escape that they’ve been yearning for.