BAD TIMES AT THE EL ROYALE 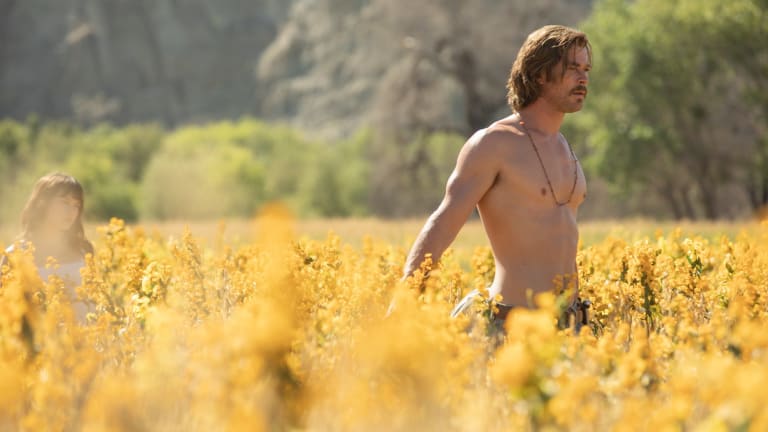 Chris Hemsworth has his moments as Billy Lee in Bad Times at the El Royale.Credit:Twentieth Century Fox

"Let's have ourselves an allegory," a character announces midway through Bad Times at the El Royale. It's an open invitation to ponder what meanings might lie behind this second feature from writer-director Drew Goddard, an elaborate jigsaw where the puzzle pieces are neo-noir cliches. 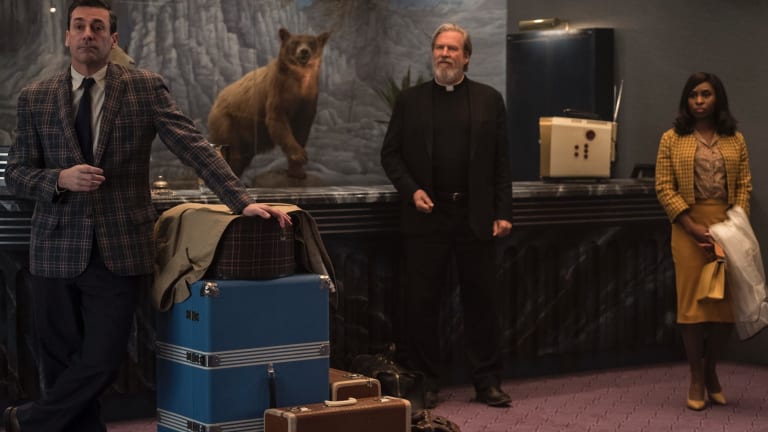 Allegory is the stock-in-trade of Goddard, a veteran manipulator of pop culture tropes whose credits include Buffy the Vampire Slayer, the found-footage monster movie Cloverfield, and more recently the metaphysical sitcom The Good Place. Until now, though, it's been hard to get a handle on where his personal interests lie, given his tendency to team up with better-known talents such as Joss Whedon, the co-writer and creative instigator of Goddard's debut feature The Cabin in the Woods.

In this light, maybe it's more than coincidence that one of the central characters in El Royale is a gifted but neglected backing singer named Darlene Sweet (Cynthia Erivo), presumably modelled on real-life pop and soul singer Darlene Love. Embarking for once on a solo project, Goddard comes on like a performer keen to step into the spotlight, while retaining a tendency, visible across much of his past work, to view individuals as pawns manipulated by hidden, sinister forces.

The setting is the California at the end of the 1960s, a time and place that seems to hold a continuing mythic allure for American filmmakers. More precisely, we're right on the border between California and Nevada, the site of the El Royale, a glitzy yet seedy motel with a literal dividing line running straight down the middle.

Here a group of strangers gather, on the usual dark and stormy night. Darlene is among them, on her way to a casino gig in Reno: others include an ageing priest (Jeff Bridges), an obnoxious vacuum-cleaner salesman (Jon Hamm) and a resentful hippie (Dakota Johnson). 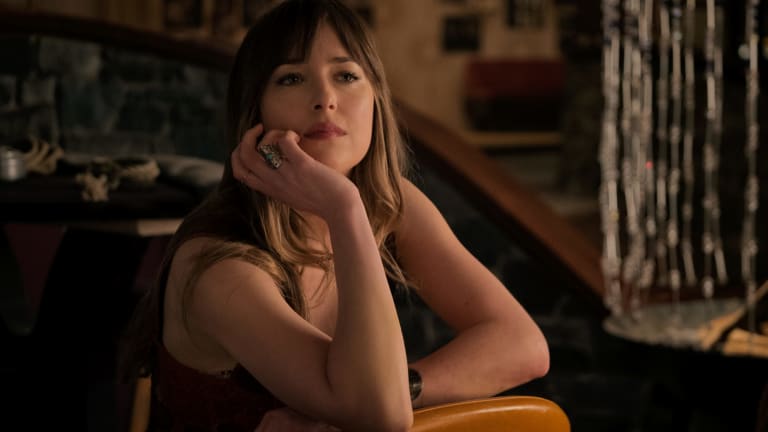 It's evident several of these figures are not what they seem, and that the El Royale has its secrets, guarded by a young concierge (Lewis Pullman). But these secrets are disclosed only gradually, and since the film runs nearly two-and-a-half hours, we have plenty of time to ask what the story is really going to be about.

Meanwhile, many of Goddard's tactics for keeping us engaged are transparently borrowed from Quentin Tarantino, who used a similar confined setting in his recent Western The Hateful Eight.

The film is divided into chapters named for rooms in the motel; flashbacks fill in backstory or show us key scenes from multiple points of view. Lengthy sequences of bluff and counterbluff are resolved in bursts of over-the-top violence; characters tend to perish abruptly, sometimes before we've had any chance to learn what makes them tick.

Goddard doesn't have Tarantino's swagger as a screenwriter, nor his knack for casting actors who fascinate (the always crafty Bridges is the standout in the ensemble, though Chris Hemsworth has his moments as an authority figure who turns up at the eleventh hour). As a visual stylist he's flashy but schematic, building the narrative around the physical layout of the motel: the camera circles the actors, tracks across the empty space of the kitschy lobby, and retreats to a distance at moments of high drama.

All this encourages us to view the film as an abstract game, where the stakes never entirely become clear: even at the finale, Goddard seems unsure whether to lean into absurdism or horror. Yet there are some oddly intense passages, often linked to songs, whether on the jukebox or sung by Darlene, and to scenarios where one character serves as audience to another before things get switched around.

The allegory of Bad Times at the El Royale remains a vague one: the line that divides the setting may symbolise the moral divides within the characters, but to think that California stands for good or Nevada evil would be taking interpretation too far.

All the same, one resonant theme emerges: who gets to occupy centre stage, and on what terms? This is a question in the air at present, and one that might hold personal meaning, too, for an artist still finding his way.