Director Drew Goddard knew he would get something interesting when he asked Chris Hemsworth to improvise a dance scene in his neo-noir suspense thriller Bad Times at the El Royale. He just wasn’t expecting what he got.

Stepping away from the heroic roles he's often associated with, Hemsworth revelled in the chance to play a darker character; someone who keeps audiences guessing throughout Goddard's film, much the way Jeff Bridges' character and others are not who they first appear to be. 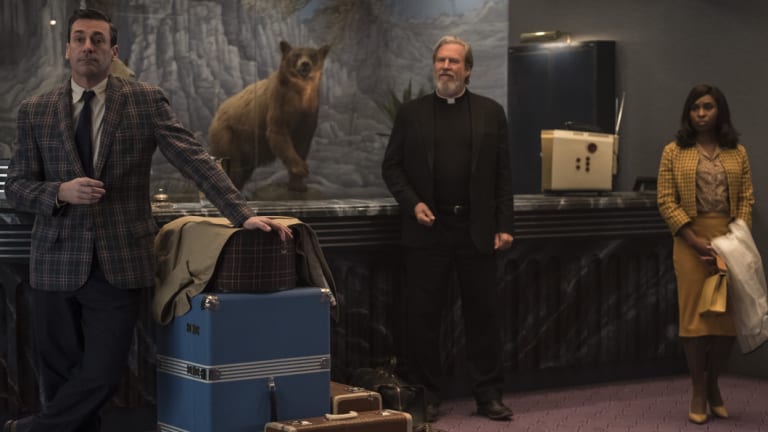 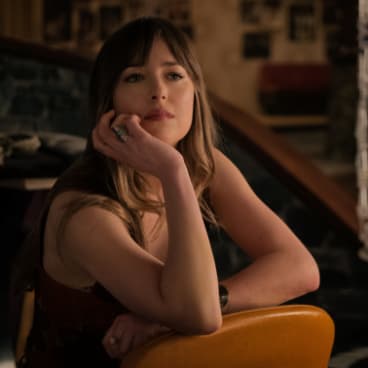 “I have a real love affair with the `60s and the sort of romanticism of political upheaval meeting artistic renaissance,” Goddard says of his inspiration for the story. “I also wanted to make a movie that changes your allegiances throughout the film. It moves your empathy from one character to another and it even changes your perception of who is the lead of the movie, so it was like a carefully choreographed dance.”

Although this is only the second film Goddard has directed, he’s already somewhat of a golden boy in Hollywood, earning an Oscar nomination for The Martian script and also penning World War Z, Cloverfield and Marvel’s Daredevil  TV series, as well as previously writing and directing episodes of Buffy the Vampire Slayer, Angel, Alias and Lost.

He admits he first sent the script only to Chris Hemsworth. “I trusted that he could do anything he wanted to do and he just leapt on the character of Billy Lee right away,” Goddard says.

On an unseasonably hot Los Angeles afternoon, Goddard and some of his cast were recently sitting in another iconic hotel, the Hollywood Roosevelt. Missing was Hemsworth, in Morocco filming his reboot of Men in Black, but production notes confirm what Goddard surmised. “I didn’t think I’d have that much fun,” Hemsworth was quoted as saying. “I’ve spent a lot of my career playing the hero, and there are certain rules that they have to stick by, so it becomes predictable. To be able to be unpredictable and keep the audience guessing was surprisingly enjoyable.” 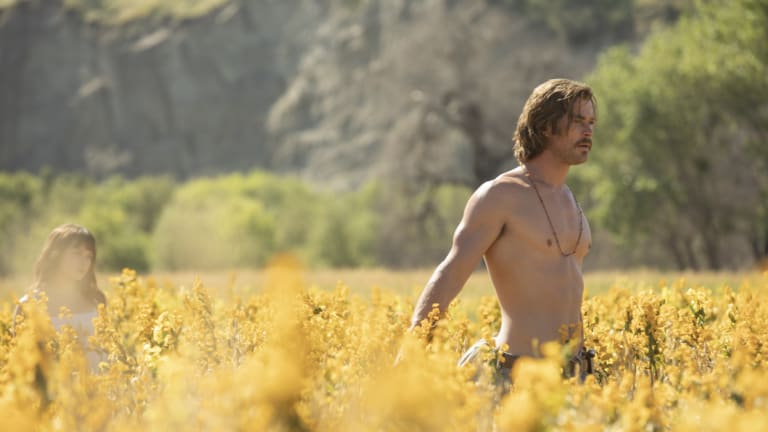 Jeff Bridges was also quickly convinced to be part of this film. “Every once in a while, I read a script and say, ‘This is like nothing I’ve ever seen before,’ so when I found out the writer was also the director, I was impressed at our first meeting,” says the 68-year-old. Bridges’ character may or may not really be a priest, but the actor still needed to brush up on Catholic rituals in the film. “I am not Catholic, but Drew was raised Catholic so I went to him for all that stuff,” he says. “I did have a wonderful relationship with a priest by the name of Don Harris in 1968 when I was in boot camp,” he adds, referring to his seven years in the US Coast Guard Reserve. “The first thing he said to all of us was, ‘When you’re here, you’re not in the military, you’re in the house of the Lord!’ He was such a cool guy.” Bridges fondly recalls that after 10 weeks of training,  Father Harris took him to a popular local venue in San Francisco to see Janis Joplin and Jefferson Airplane. “Can you imagine?” he marvels before adding, “and 20 years later, I invited him to marry my wife and myself, so I thought about him a lot while I was playing this part.”

Goddard, 43, says so many scenes in the film required such intricate choreography and long takes, he had the 10,000-square-foot hotel set built on a 60,000-square-foot stage at Mammoth Studios near Vancouver, British Columbia. Jon Hamm, no stranger to the `60s as Don Draper in Mad Men, recalls one seven-minute-long uninterrupted scene in which his character walks a secret hallway on the other side of the mirrors that provide a clear view into each guest's room. “There were about 40 people working on the scene in some capacity and I was part of a bizarre 12-person dance with so many levels on each side of the mirror,” Hamm says. “The camera hits a bump, the dolly has a flat tyre, and I’ll tell you that a real cheer went up when we knew we’d finally got it on the 27th take!”

Johnson, meanwhile, says she jumped at the chance to play Emily Summerspring. Dressed in tight jeans, a sleeveless vest and leather jacket, the 29-year-old embraced her role. "I haven’t played a character with such swagger, so it was really fun,” she says “It was also really fun to be angry and to play a woman that’s not sorry for being angry.”

Bad Times at the El Royale is now screening.