Work on the Queen-produced movie was temporarily shut down in December 2017 when Singer failed to return to set from a Thanksgiving break. Fox then confirmed that he was “no longer” the director and was replaced by Dexter Fletcher, although Singer will still get a director credit.

After his exit, Singer denied claims that it was a result of a dispute with Malek, but noted that they did have “creative differences on set”, something that Malek has confirmed in an interview with Empire magazine. 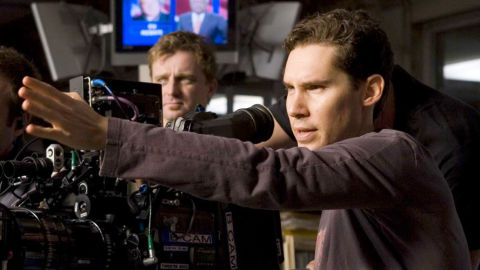 “We definitely had artistic differences. All I ever wanted to do was honour Freddie and present some aspects of who he was,” he explained.

“I know I’m never going to be Freddie Mercury – that’s a losing game, right? But, in trying to get as close as you can to emulating someone, in doing the work, I felt I had a decent handle on who he was. It’s healthy to have your own opinions.

“That’s why I’m so drawn to this: it is the collaboration of so many different artists coalescing to create something that is beyond just one of them. When it becomes about one person on set, that’s a problem.”

Malek has received praise in the first reactions to the Queen biopic for his portrayal of Freddie Mercury, although the rest of the movie hasn’t fared quite as well.

Bohemian Rhapsody is out on October 24 in the UK and November 2 in the US. Book tickets for selected locations here.