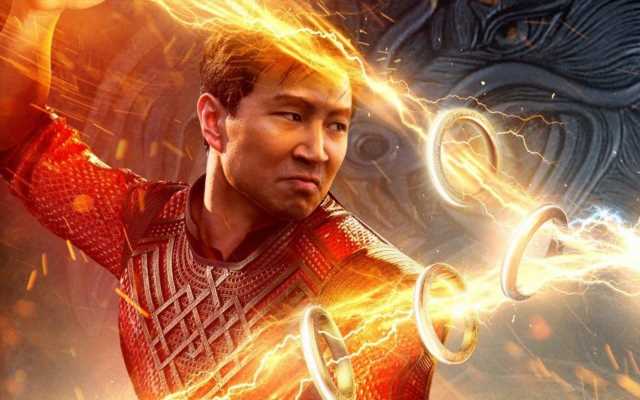 The latest Marvel movie exceeds industry projections with an estimated $71.4 million over the three-day weekend for a projected $89.2 million for the four-day weekend.

AceShowbiz -“Shang-Chi and the Legend of the Ten Rings” proves that it is a box office spectacle against all odds. Debuting this weekend over the usually sleeping Labor Day frame, the latest Marvel movie surpassed industry projections with an estimated $71.4 million opening gross over the three-day weekend.

The Simu Liu-starring flick breaks all-time Labor Day record, surpassing previous record holder “Halloween” (2007) which grossed $26.4 over the three-day frame. “Shang-Chi” is estimated to bring in $89.2 million over the four-day weekend, far beyond the $30.6 million collected by the Rob Zombie-directed slasher film on the same time frame.

“Shattering Labor Day box office records with an origin story new to many fans, ‘Shang-Chi’ delivers an emphatic statement: people really want to get back to the movies,” said Rich Gelfond, CEO of Imax, in a statement. “It’s clear that great filmmaking plus an exclusive theatrical release is a winning formula at the box office, and this groundbreaking film has successfully launched an exciting new cinematic journey for Marvel and a strong fall blockbuster slate for the industry.”

” ‘Shang-Chi’ is the ultimate confidence-builder for the theatrical movie industry,” Paul Dergarabedian, senior media analyst for data firm Comscore, also weighed in on the superhero movie’s performance. “This was a very important film. This was the Marvel movie that’s opened exclusively theatrically since ‘Spider-Man: Far From Home‘ in July 2019. ‘Shang-Chi’ is a real testament of the power of a theatrical-first strategy to drive huge numbers of moviegoers to the multiplex.”

Opting against its simultaneous theatrical and Disney+ launch strategy during the COVID pandemic, Disney released “Shang-Chi” only in theaters where it will have an exclusive 45-day run, which Bob Chapek, Disney’s chief executive, previously called “an interesting experiment.” Disagreeing with the notion, lead actor Liu responded on Twitter at the time, “We are not an experiment. We are the underdog; the underestimated. We are the ceiling-breakers. We are the celebration of culture and joy that will persevere after an embattled year.”

With the impressive opening number, “Shang-Chi” leads the Labor Day box office far ahead of last week’s champion “Candyman“, which now sits at No. 2 with approximately $10.6 million. “Free Guy” falls from the runner-up spot to the third with an estimated $8.7 million.

“PAW Patrol: The Movie” follows far behind in the fourth place with approximately $4 million. Meanwhile, “Jungle Cruise” trails close behind and rounds out the top five with an estimated $3.95 million.