The boy’s name is Brandon Breyer. That’s his earthly name, anyway. On his home planet, they called him something else. Brandon’s resemblance to another young Kansan of extraterrestrial background, with an alliterative moniker and remarkable abilities, is surely no accident. “Brightburn” (the title refers to the Breyers’ hometown), is a superhero origin story reimagined as a horror movie. What if Clark Kent, instead of being grateful to the parents who raised him and a defender of truth, justice and the American way, had been a power-hungry sociopath whose motto was “take the world”?

It seems plausible. Skinny, smart and easily picked on at school, Brandon (Jackson A. Dunn) comes to believe that he’s not simply special, but “superior.” Finding less and less reason to play along with the pathetic human creatures who never understood him in the first place, he devises ever more elaborate and bloody ways of messing with them. The soundtrack hums with deep, tooth-rattling vibrations and the prairie sky is full of portents. It’s scary whenever you see the kid on screen, and even scarier when you don’t. 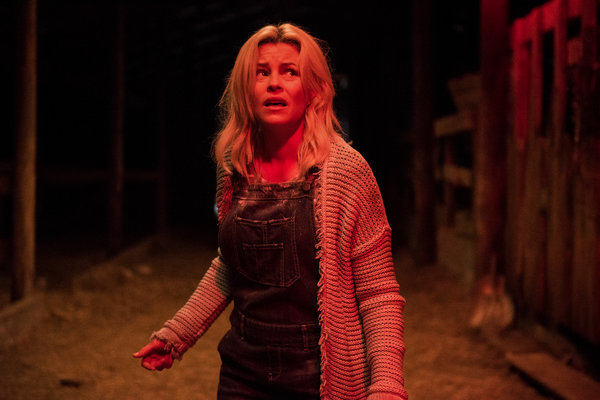 The gore and the scares work pretty well. The director, David Yarovesky, and the screenwriters, Mark Gunn and Brian Gunn, hit the genre beats cleanly and efficiently. What makes “Brightburn” a little better than average is the time it spends observing Brandon with Tori and Kyle, his loving, increasingly alarmed mom and dad, who are played with excellent game faces by Elizabeth Banks and David Denman.

Before the bodies start piling up, they act as if they’re in a dark, perverse comedy about parenthood. What happens when your sweet little child starts acting weird and doing things you don’t understand, like filling notebooks with creepy drawings and disappearing in the middle of the night? “He’s not our son, he’s some thing we found in the woods,” Kyle shouts at Tori at an especially stressful moment. It feels that way sometimes. You get through it.

Or not. I don’t know if “Brightburn” will be the start of a franchise, but I kind of hope so. Not that I’m necessarily rooting for this humorless little dude with a knit mask and a dumb logo to grow big muscles, acquire sidekicks and all the rest. It’s about time that someone understood superheroism as a dangerous pathology. What I mean is: It’s much too late.

A.O. Scott is the co-chief film critic. He joined The Times in 2000 and has written for the Book Review and The New York Times Magazine. He is also the author of “Better Living Through Criticism.” @aoscott