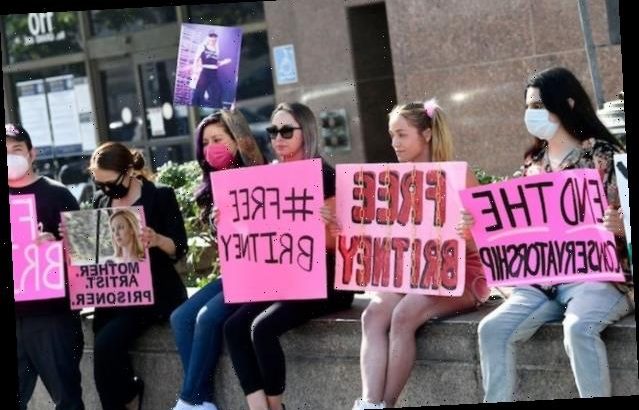 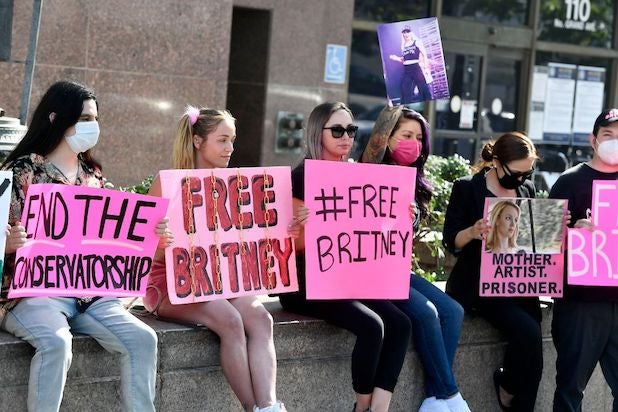 Supporters hold signs at the hearing for Britney Spears’ conservatorship at the Stanley Mosk Courthouse on February 11. (Photo by Frazer Harrison / Getty Images)

A probate judge denied on Thursday an objection from Britney Spears’ father, Jamie, regarding the delegation of powers in her co-conservatorship.

Upholding a previous November ruling, which appointed the financial institution Bessmer Trust as a co-conservator for the singer, Judge Brenda Penny ruled that Spears’ father, Jamie, must work with Bessemer to create a budget and investment proposal for the singer’s estate.

Thursday’s hearing came shortly after the release of the “Framing Britney Spears” documentary.