The new video game gives Reagan credit for ending the Iran Hostage Crisis, which was over by the time he was inaugurated 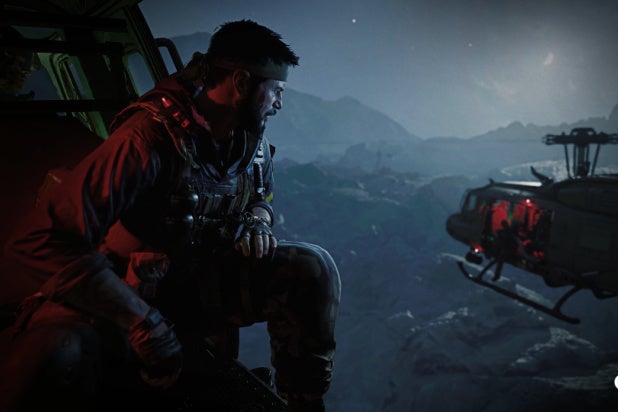 (There is a minor spoiler for “Call of Duty: Black Ops – Cold War” ahead, but only for the very beginning of the story campaign. You’re not gonna learn much of anything about the plot of the game from this article.)

The story campaign in “Call of Duty: Black Ops – Cold War” had me feeling very confused right from the get-go.

The opening cutscene in the “Black Ops – Cold War” story, which a datestamp on screen says took place on January 9, 1981, we hear the very distinct voice of a Ronald Reagan impersonator ordering a strike against a couple bad guys who are linked to the Iran Hostage Crisis in some way.

The first mission then takes place on January 12, and “Black Ops – Cold War” follows that up with a second mission the following day. And after you beat that, you’re treated to a cutscene of our heroic CIA operatives meeting with Reagan in a dark, smoky room to discuss next steps. This meeting, according to one of the characters, takes place five days after that second mission.

In the real world, the Iran Hostage Crisis was fully resolved during Reagan’s inauguration address. It had been handled before Reagan even had the ability to order combat missions.

It’s tough to know what to make of this. Was it a mistake? Did the developers who made “Call of Duty: Black Ops – Cold War” not know when Reagan became president? Or was this an intentional creative decision geared toward playing into the sort of conspiratorial storytelling that’s always been a hallmark of the “Black Ops” series of games? Let’s talk about it.

So the easiest guess would just be that somebody messed up and forgot that there’s a two-and-a-half month gap between when our presidential elections take place and when the president-elect is actually sworn in. This is without a doubt the most logical conclusion to draw from this whole deal. People tend to generally think of presidential terms as beginning and ending in election years — like that Obama was president from 2008 to 2016, when in reality he was president from 2009 to 2017.

The problem with this idea is the use of the Iran Hostage Crisis as part of this story. The hostages finally being released during Reagan’s inauguration speech is a defining aspect of that entire situation. It’s extremely unlikely that the writers on “Black Ops – Cold War” could have done any research at all — even just reading the Wikipedia page on the crisis — without discovering that important detail.

But there is another possibility here. One that might involve a real life conspiracy. You have have heard of the concept of an “October Surprise” that swings a presidential election away from one candidate and toward another. But did you know that the Iran Hostage Crisis was actually the origin of that term?

The Iran Hostage Crisis began on November 4, 1979, exactly one year before the election, and became a big issue in the run-up to the vote. President Jimmy Carter wasn’t able to bring the crisis to an end before Election Day 1980, and it’s thought that his failure on that issue was a big factor in Reagan’s historic landslide victory.

Reagan’s campaign manager, William Casey, coined the term “October Surprise” in reference to attempts by the Carter administration to free the hostages shortly before the election — the idea being that Carter tried and failed to produce an October Surprise that would have saved his presidency.

There’s a long-standing conspiracy theory about that, however. The thought is that members of the Reagan campaign — including Casey and George HW Bush, who was Reagan’s running mate — held secret meetings with Iranian officials in Paris in the middle of October 1980 to convince them to hold on to the hostages until after the election.

Though Congress discussed the theory in 1992, they opted not to investigate the claims, and so there’s never been a full government inquiry into this theory that we know of. But Gary Sick, a member of Carter’s National Security Council staff, wrote a column in the New York Times in 1991 pushing the theory hard.

Before it was released, “Call of Duty: Black Ops – Cold War” caught a lot of flack for making use of obscure 1980s far-right-wing figures as part of its marketing. If that isn’t an anomaly, and the story was constructed or supervised by folks with similar right-wing streaks, then it’s possible to imagine they might make use of that October Surprised conspiracy concept — but in an approving, “Reagan was the real president even before he was president” kind of way.

I should clarify that I don’t believe that’s what happened. You’d have to tie yourself into a real logical pretzel to both approve of Reagan delaying the release of the hostages and then also laud him for saving those hostages. It doesn’t make sense, and thus it would be silly to assume anyone is taking that perspective without some actual hard proof. And certainly nothing that happens in “Call of Duty: Black Ops – Cold War” points clearly in that direction.

Most errors that people make really are just mistakes — and not malicious. There’s no real reason to think otherwise here.

So consider this just idle speculation. It’s far more likely that this was simply a mistake. But, hey, when you craft a story that’s all about secret missions and crazy conspiracies, as is certainly the case in “Black Ops – Cold War,” you are kinda putting folks in the right mindset to think about things this way.