Next year, the company is poised to dominate that category.

Fielding a strong awards-season slate that includes Martin Scorsese’s crime epic “The Irishman,” the Adam Driver-Scarlett Johansson dramedy “Marriage Story,” and the crowd-pleasing “The Two Popes,” Netflix has a viable path to three best-picture nominations in January — a rare feat for any studio, let alone one that has upended the way movies are distributed and seen.

Unlike the arty, black-and-white “Roma,” which won three Oscars for Netflix earlier this year but lost the top trophy to “Green Book,” the company’s new contenders are more mainstream, and each has a potential path to victory that can find precedent in a past best-picture winner.

Due in early November, “Marriage Story,” like “Kramer vs. Kramer,” is a contemporary film about divorce. Later that month, “The Two Popes,” which asks Anthony Hopkins and Jonathan Pryce to enact a series of papal tête-à-têtes, recalls “The King’s Speech.”

And though violent crime dramas don’t always catch Oscar’s eye, the last film like “The Irishman” to go all the way was “The Departed” (2006), which is still Scorsese’s sole best-picture win. Can “The Irishman” give the 76-year-old director his second Oscar in that category?

Certainly, the movie is a major contender across the board. “The Irishman,” which debuted to rapturous reviews last week at the New York Film Festival, tells the purported story of Frank Sheeran (Robert De Niro), a hit man for the mob boss Russell Bufalino (Joe Pesci). Loyal, ruthless, and willing to take just about any order with no questions asked, Sheeran has an expertise that soon earns him an audience with the union leader Jimmy Hoffa (Al Pacino), who has some unlawful missions to add to Sheeran’s ledger. But when Hoffa’s continued crusading starts to ruffle the feathers of Bufalino and other criminal figures, Sheeran finds himself in the middle of a war waged largely in the shadows.

De Niro’s most affecting scenes come at the end of this three-and-a-half hour film and should put him squarely in the best-actor race, while Pesci and Pacino — neither of whom have been nominated since their Oscar wins in the early 1990s — are both strong supporting-actor candidates. Those categories could prove similarly crowded with Netflix talent: If Driver and Pryce manage best-actor nominations alongside De Niro, and Hopkins lands on the supporting-actor short list with the “Irishman” scene stealers, Netflix will have a majority stake in both of this year’s actor races.

Steven Zaillian’s screenplay for “The Irishman” should be a contender, while nominations in most of the craft categories are feasible, including cinematography, costumes, production design, and editing. I’d expect a nomination for visual effects, too: Scorsese digitally de-aged his leads to tell a story that spans several decades, and though the results aren’t flawless — you may be able to zap enough wrinkles from De Niro’s face to present him as a plausible fortysomething, but the man still moves like he’s in his mid-70s — they’re significant enough to warrant attention.

And then we come to the races for best director and best picture. Scorsese can surely make it into both categories, but can he win? Until now, I’ve figured the front-runner to be Quentin Tarantino’s “Once Upon a Time … in Hollywood,” and it’s striking how much his film and Scorsese’s are tilling the same awards-season soil: Both movies are old-fashioned, big-budget, male-dominated period pieces with impeccable crafts, plenty of heat in the supporting-actor category, and a notably extended running time.

With both movies, there is also a ticking clock to keep in mind: Scorsese is approaching his 80s, while Tarantino has been mulling the imminent end of his big-screen directing career. Will those now-or-never stakes prompt Oscar voters to give Scorsese his second best-picture win, or to hand Tarantino his first? And if Netflix really does crowd the ballot in the most high-profile categories, could that nudge even more old-school voters toward Tarantino?

After all, “Once Upon a Time … in Hollywood” received a traditional, sustained theatrical release in thousands of theaters, as opposed to the more limited three-and-a-half-week theatrical engagement Netflix has planned for “The Irishman” in November, before the film starts streaming. If the race really does come down to these two titans, expect the latest round of the streaming-vs-theatrical argument currently roiling Hollywood: The only thing that’s clear in this contest is that Netflix isn’t going anywhere. 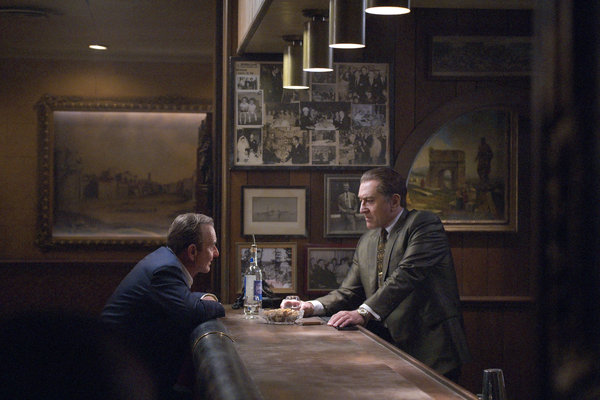 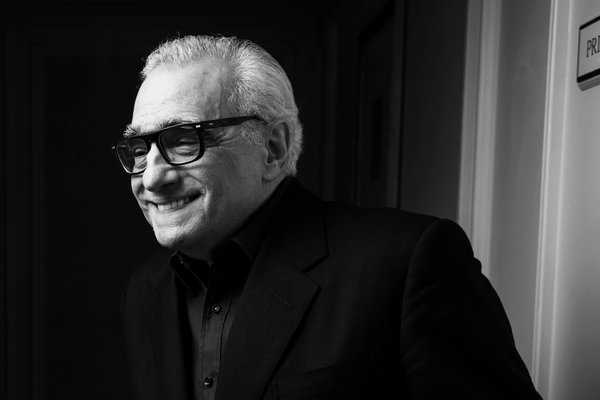