That’s the blandly sweet message of the Hindi movie “Chhichhore,” which strains to be an inspirational comedy tear-jerker (Bollywood-wise, a reasonable genre) but mostly seems programmatic and timid.

Directed by Nitesh Tiwari, “Chhichhore” toggles between the 1990s and the present. Back then, a group of friends, lovable losers all, were students at the National College of Technology Bombay. Now, in present-day Mumbai, a teenage boy, Raghav — the son of one of those students — fights for his life in an intensive care unit.

Raghav’s father, Anirudh (Sushant Singh Rajput, with a bad fake beard and grayed hair in the present-day sequences), a workaholic businessman of some unspecified sort, is the very picture of modern Indian success. He has a high-rise apartment, sleek clothes, a fancy car. But, the movie suggests, he has shut himself off emotionally; he is divorced and has trouble connecting with Raghav, who’s a nervous wreck (and then worse) because of exams and pressure to succeed.

Anirudh gathers his old friends to sit at Raghav’s hospital bedside and tell him stories of their college days. Those days, shown in extended flashbacks, are full of high jinks, not-so-clever pranks (“Chhichhore” is slang for rascals) and life lessons about winning, losing and perseverance. The idea: These stories will help cure Raghav of feeling like a failure.

Tiwari’s last film, “Dangal” (2016), was a hit with critics and audiences alike. (It remains the highest grossing Indian movie of all time.) In “Chhichhore,” he shows a fluid visual style and an engaging if flickering sense of realism that sets up expectations the movie doesn’t fulfill. A big problem is the central character: Anirudh never seems like more than a standard-issue stiff who bobs along looking worried as the script injects yet another scene of the doctor delivering the same bad news: Raghav’s condition is not improving.

The minor characters are also one-dimensional, but that seems to be by design. Each college pal has been assigned one trait and a nickname to go with it: Sexa collects Playboys; Mummy is a mama’s boy; Acid can’t stop cursing. They help bring the college scenes, the movie’s strongest part, to life.

A main lesson of “Chhichhore” is that trying hard is its own reward. One way that Hindi movies have traditionally tried hard is in their maximalism: tears, laughter, more tears, and, of course, singing and dancing. “Chhichhore” goes light on the musical numbers with just a few song montages. Dance — Spanish-inflected for some reason — comes in only at the end over the credits, too late to give the movie the giddy jolt it needs.

Not rated. In Hindi, with subtitles. Running time: 2 hours 24 minutes. 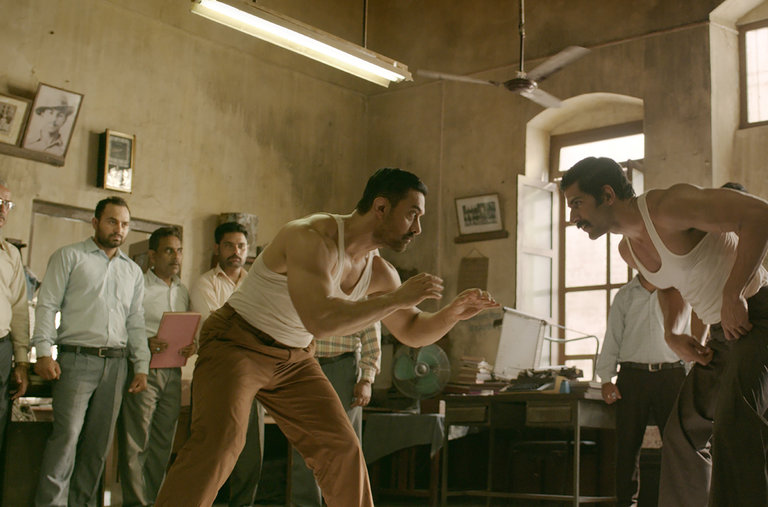