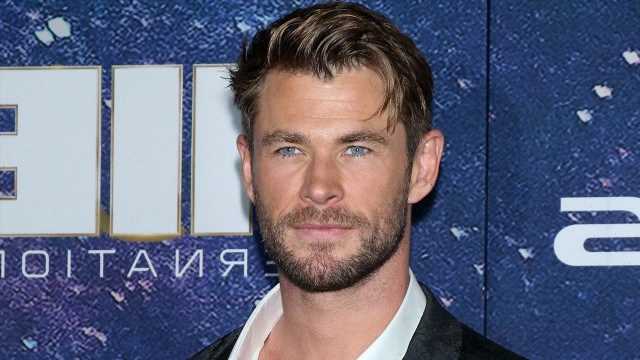 The 37-year-old actor took to Instagram on Tuesday, sharing a black-and-white snap of him and Taika Waititi on set of the upcoming Disney/Marvel film. “That’s a wrap on Thor: Love and Thunder,” Hemsworth exclaimed. “It’s also national don’t flex day so I thought this super relaxed photo was appropriate.”

“The film is gonna be bats**t crazy off the wall funny and might also pull a heart string or two,” he continued. “Lots of love, lots of thunder! Thank you to all the cast and crew who made this another incredible Marvel journey. Buckle in, get ready and see ya in cinemas!!”

Waititi shared the same photo, captioning his, “Sometimes two people come together to inspire the world and change the cinematic landscape forever. And then there’s me and @chrishemsworth who are too cool to care about anything except making movies that bring people absolute joy.”

“Ok I don’t look cool I know that,” he joked. “This film is the craziest thing I’ve ever done and I’m honoured to bust my a** and have a nervous breakdown so you can all see it in May 2022.”

Last fall, Natalie Portman admitted during her appearance on The Tonight Show Starring Jimmy Fallon that she was struggling to get into shape for her role in Thor: Love and Thunder.

“I’m playing the Mighty Thor. There were some of the graphic novels where Jane Foster becomes Thor,” Portman explained of her previous role as astrophysicist Jane Foster. “It’s going to be really silly and funny and great. We’ve got [director] Taika Waititi. He’s wonderful, so I’m very excited.”

“I’m trying,” she added, of getting in shape. “I’ve also had months of pandemic eating baked goods and lying in bed and feeling sorry for myself, so I’m super tired after working out and during and dreading before it.”

Waititi previously teased the new Thor installment to ET in October 2019, saying, “Well, if you take Ragnarok, which I feel was a very outlandish and big, bombastic film, we’re trying double down on everything we did with that and create something that is even more crazy and even more of a big adventure.”