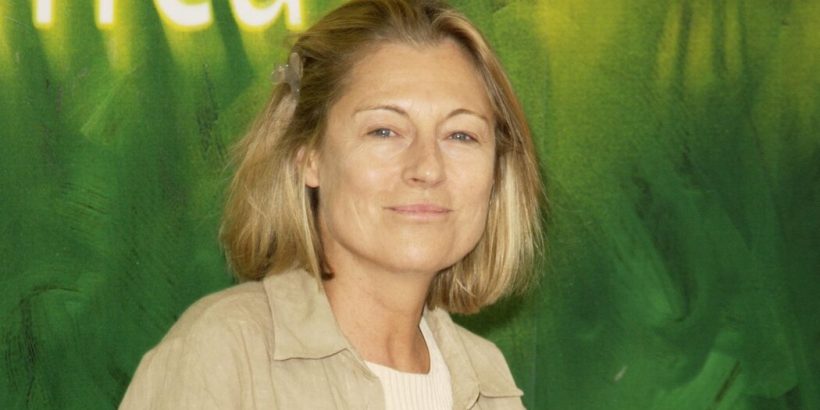 Clare Peploe, a director and screenwriter who liked to merge genres in her own films, and who also made significant contributions to some of the movies of her husband, the celebrated filmmaker Bernardo Bertolucci, died on June 24 in Rome. She was 79.

The cause was cancer, said Alessandra Bracaglia, her assistant.

As a director, Ms. Peploe made a quick impact with her first effort, a comic short called “Couples and Robbers,” about newlyweds who commit a robbery, which she wrote with Ernie Eban; it was nominated for the short-subject Oscar in 1981.

“In this comedy-thriller she has demonstrated that in her very first film she is a talent to be reckoned with,” Richard Roud wrote in The Guardian Weekly when the film played at the Berlin Film Festival in 1982. “The casting and direction of actors is superb. If someone doesn’t finance a feature film by her, it will be a great shame.”

Ms. Peploe, though, found financing to be a struggle, especially since her films defied easy categorization, and when she did set a project in motion, she worked at a deliberate pace. As a result, her oeuvre was limited. Her first feature, “High Season,” wasn’t released until 1987, and there would be only two others, “Rough Magic” in 1995 and “Triumph of Love” in 2001.

She had a knack for attracting well-known actors to her projects. “High Season,” a comic indictment of gauche tourists, starred Jacqueline Bisset, Irene Papas and Kenneth Branagh, among others. “Rough Magic” featured Bridget Fonda as a magician’s assistant on the run in Mexico and Russell Crowe as a man hired to track her down.

“Triumph of Love,” her most well-received feature, was her take on an 18th-century stage comedy by Pierre de Marivaux and had a cast that included Mira Sorvino, Ben Kingsley, Fiona Shaw and Rachael Stirling.

All these films were hard to pigeonhole. “High Season” was both a commentary on what tourism does to an ancient Greek village and a “Midsummer Night’s Dream”-style romantic fantasy. “Rough Magic,” The Independent of Britain said, “veers from Saturday morning serial-style thrills to Buñuelian surrealism to light noir, with dashes of Nicholas Ray and Howard Hawks here and there.”

“Clare Peploe’s films as director are distinguished by an uncommon combination of madcap narrative intricacy, sophisticated battles of the sexes, picturesque locations and artistic self-consciousness,” Susan Felleman, a professor of art history and film and media studies at the University of South Carolina’s School of Visual Art and Design, said by email. “They’re screwball comedies for the art-house set.”

When she wasn’t directing films, Ms. Peploe was sometimes writing them. Her first film credit was as one of several screenwriters on Michelangelo Antonioni’s film about rebellious American youths, “Zabriskie Point” (1970), although she played down her contribution, describing her role as “the umpteenth assistant” on the film.

“I wasn’t really a writer on it, I was a researcher on it,” she said. (She was useful because she was fluent in English.) She shared screenwriting credit on Mr. Bertolucci’s films “Luna” in 1979 and “Besieged” in 1998.

When she was directing, though, she generally banned her famous husband from the set.

“He makes people nervous,” she told The Independent in 1996.

Clare Frances Katherine Peploe was born on Oct. 20, 1941, in Tanga, in northeastern Tanzania. Her father, William, was a British civil servant who became an art dealer and director of the Lefevre Gallery in London, and her mother, Clotilde (Brewster) Peploe, was an artist.

She had an exotic early life: growing up and attending schools in Kenya, London, Italy and Paris, picking up several languages and acquiring a worldly outlook. Living in a variety of cultures, she told The Record of New Jersey in 1997, “you learn to see everything — an historical event, a war, a wedding ceremony, whatever — in so many different ways.”

She met Mr. Antonioni in the late 1960s and worked with him on “Zabriskie Point.” She first met Mr. Bertolucci in 1970 at a screening of his film “The Spider’s Stratagem,” and they met several times afterward, bonding over their shared love of Jean-Luc Godard. She served as a second assistant director on “1900,” Mr. Bertolucci’s 1976 drama of class struggle, and before the end of the decade they had married.

Ms. Peploe said that, counterintuitively, being associated with her husband didn’t help her with the nuts-and-bolts aspects of her own filmmaking like obtaining financing.

“In fact,” she told The Los Angeles Times in 1988, “I recently realized that many of the problems I encountered had to do with being married to him. I naïvely assumed that people didn’t care about that sort of thing and just saw me as being me, but I now see there’s a certain envy you encounter, an attitude of ‘she doesn’t need our help — look who she’s married to.’”

Creatively, however, they complemented each other, she said.

“Over the years Bernardo often asked me to help him with ideas for his films, and I always surprised myself with the cinematic, Bertolucci-like ideas I’d come up with,” she said. “He had a sort of Svengali effect on me and has been instrumental in helping me come into my own as a filmmaker.”