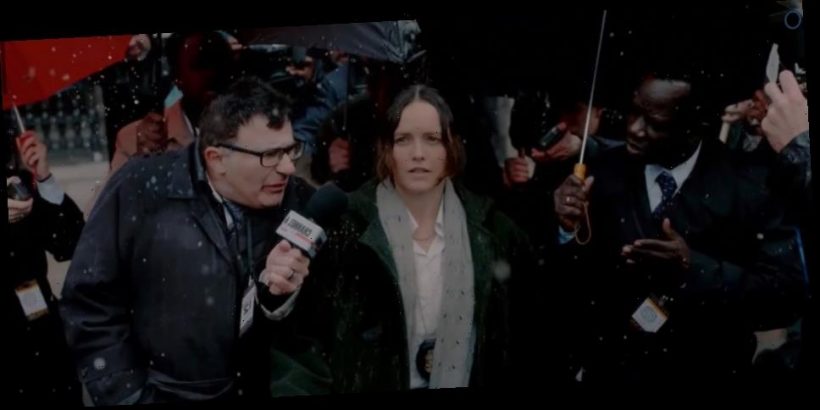 The Silence of the Lambs now has a direct sequel – in TV show form. The upcoming CBS series Clarice hopes to be an immediate follow-up to Jonathan Demme’s Oscar-winning thriller, which means it will have absolutely nothing to do with Hannibal Lecter. As you’ll recall, Hannibal escapes at the end of Silence, and goes into hiding for years. On top of that, the rights to Thomas Harris’ Hannibal Lecter books are a bit of a mess, which means the folks behind Clarice can’t even mention Lecter. Instead, the series will focus on how Agent Clarice Starling (played by Rebecca Breeds) goes about her law enforcement career in the aftermath of having taken down serial killer Buffalo Bill. Watch the Clarice trailer below.

I’ll be the first to admit it when I’m wrong. When Bryan Fuller’s Hannibal TV series was first announced, I confess that my knee-jerk reaction was: “Sounds stupid!” A TV prequel to Red Dragon and Silence of the Lambs just felt like something uninspired. And then the show arrived and knocked me on my ass because Fuller’s series wasn’t really the type of prequel I had in mind. Instead, it was creative and inventive, and while it paid tribute to Thomas Harris’ work and the films that work inspired, it also wasn’t afraid to try wild new stuff. The end result was one of my all-time favorite TV shows.

With all that in mind, I suppose I should at least attempt to be more open to Clarice, the new CBS show that’s attempting to be a direct follow-up to Jonathan Demme’s Silence of the Lambs film. The show is set in 1993 and follows Clarice Starling “as she returns to the field in pursuit of serial murderers and sexual predators while navigating the high stakes political world of Washington, D.C. Her complex psychological makeup that comes from a challenging childhood empowers her to begin to find her voice while working in a man’s world, as well as escape the family secrets that have haunted her throughout her life.”

Hannibal Lecter won’t be making an appearance, nor will he even be mentioned. I have no idea how they’re going to get around that, since Hannibal is such an important piece of Clarice’s story. But hey, I’ll let the showrunners figure that out. The series hails from creators Alex Kurtzman and Jenny Lumet, and in addition to lead Rebecca Breeds, the cast includes Lucca De Oliveira, Devyn A. Tyler, Kal Penn, Nick Sandow, Michael Cudlitz, and Marnee Carpenter.

I wish I could say this trailer has tamped down some of my skepticism, but I can’t. The footage here looks rather bland – a far cry from both Jonathan Demme’s masterful work and Hannibal‘s visually stunning vibe. It all looks rather bland and, well, procedural. However, in past interviews, it’s been stated Clarice is not a procedural series about Clarice hunting a serial killer. Kurtzman told EW that instead, the series deals with “an entity that represents something that we deal with in our lives all the time,” adding: It’s a more expanded, nuanced, complicated, and topical version of a serial killer.”