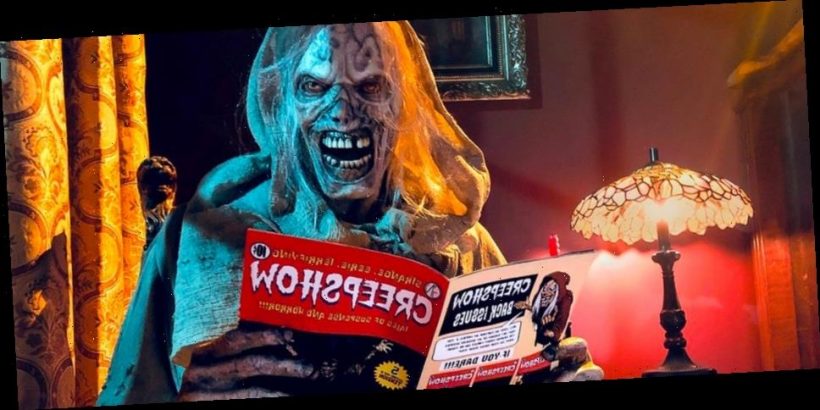 Are you ready for more scares? More creeps? More shows? Well, you’re about to get them now that Creepshow has been renewed for a third season at Shudder. The horror streaming service has ordered Creepshow season 3, as the second season prepares to debut on Shudder this year.

Deadline reports that Shudder has renewed Creepshow for a third season, bringing the anthology horror series back after its six-episode second season premieres on the streaming platform later this year. Here’s the newly-released season 2 trailer:

“During our season two production, Shudder was so pleased with what they were seeing that they asked us to roll right into production on a brand-new third season that will feature some of our most ambitious stories yet,” said executive producer and showrunner Greg Nicotero. “I’m incredibly thankful to the team at Shudder for the opportunity to continue honoring the genre with more gleefully ghoulish tales over not one, but two new seasons of Creepshow this year.”

Creepshow‘s renewal comes a few months ahead of the season 2 premiere, which is set for April 1, 2021 on Shudder and AMC+. The second season of the anthology series, which stars Anna Camp, Keith David, Ashley Laurence, Josh McDermitt, Adam Pally, Barbara Crampton, Denise Crosby, Ted Raimi, and Marilyn Manson will debut roughly two years after the first season hit the streaming platform in 2019. Based on George A. Romero and Stephen King’s horror anthology film of the same name, the first season of Creepshow was met with mostly positive reviews, though /Film’s Chris Evangelista was more muted in his review of the series.

But Creepshow seems to be enough of a success for Shudder to keep the show going and to lean into horror anthology in a larger sense, ordering an untitled anthology series showcasing Black horror stories from Black directors and screenwriters. The project, which features writers Tananarive Due and Steven Barnes, Ezra C. Daniels, Victor LaValle, and Al Letson, will debut later this year on Shudder and AMC+.