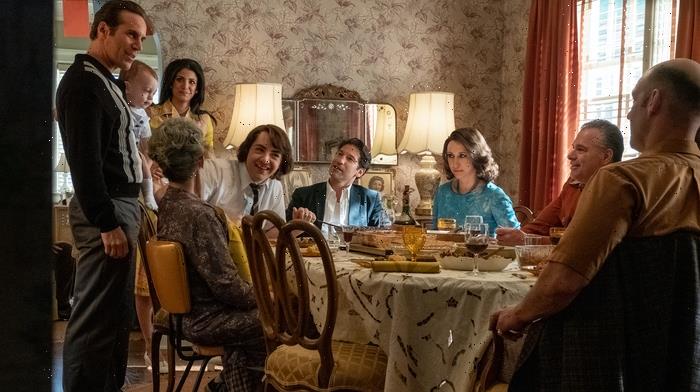 Grab your gabagool and put on your pinky ring, we’re headed back to the world of The Sopranos with the upcoming movie The Many Saints of Newark. The film is a prequel that takes place in the late ’60s and follows younger versions of several Sopranos characters – including a young Tony Soprano. The role made famous by James Gandolfini is being played by the late actor’s son, Michael Gandolfini. And when it came time to find a young Tony, Sopranos creator David Chase says he thought of the younger Gandolfini for the part “right away.”

The Sopranos is one of the best TV shows of all time, and I’m more than ready to return to that world with The Many Saints of Newark. The movie, helmed by Alan Taylor and co-written by Sopranos creator David Chase, has the following synopsis:

Young Anthony Soprano is growing up in one of the most tumultuous eras in Newark’s history, becoming a man just as rival gangsters begin to rise up and challenge the all-powerful DiMeo crime family’s hold over the increasingly race-torn city. Caught up in the changing times is the uncle he idolizes, Dickie Moltisanti, who struggles to manage both his professional and personal responsibilities—and whose influence over his nephew will help make the impressionable teenager into the all-powerful mob boss we’ll later come to know: Tony Soprano.

Tony Soprano is an iconic character (I know the term “iconic” gets overused, and used incorrectly, but c’mon, it’s appropriate here), and it’s hard to imagine anyone other than the late, great James Gandolfini in the role. But when it comes to the young Tony, The Many Saints of Newark is wisely keeping the part within the Gandolfini family, as the late Gandolfini’s son Michael Gandolfini is now taking on his father’s famous character.

Speaking with Rolling Stone, David Chase made it clear that there was never any hesitation when it came to giving Michael Gandolfini the role. When asked when he thought of the actor for young Tony, Chase replied: “Right away. Mostly because he looks like his father, and moves a little bit like him. He is his father’s son. So for a movie that’s supposed to be the same character, I thought, that would be the best.”

“[I]t felt miraculous. And sometimes when things are miraculous or astounding, you start laughing, because it’s so incredible. But I remember looking across the room at the table read. And he was sitting there like this [re-creates adult Tony’s suspicious posture], and it wasn’t his scene. He was doing this thing and I thought, ‘Holy shit. That’s incredible.’”

When Mobsters Used to Dress Well

It took David Chase a few years to create a Sopranos prequel, but he’s been thinking about it for a while. Ever since the second season of the show, in fact. In the Rolling Stone interview, he said, “In the second season of the show, I think, the Writers Guild arranged for me to be interviewed by [Oz creator] Tom Fontana. Tom said that he thought it would be interesting to do a story in Newark in the old days, of Johnny and Junior.”

Chase went on to add:

When pressed for more details as to why he wanted to make a prequel move in the late 1960s, Chase provided a pretty amusing answer:

“It was when mobsters used to dress well. Before tracksuits and all that. I guess that was maybe the highlight of the Mob, in those days, before drugs and before the RICO statutes.”

There you have it: David Chase really wanted to make a Sopranos prequel because he missed the era where mobsters didn’t dress like slobs. The Many Saints of Newark opens in theaters and on HBO Max on October 1, 2021.