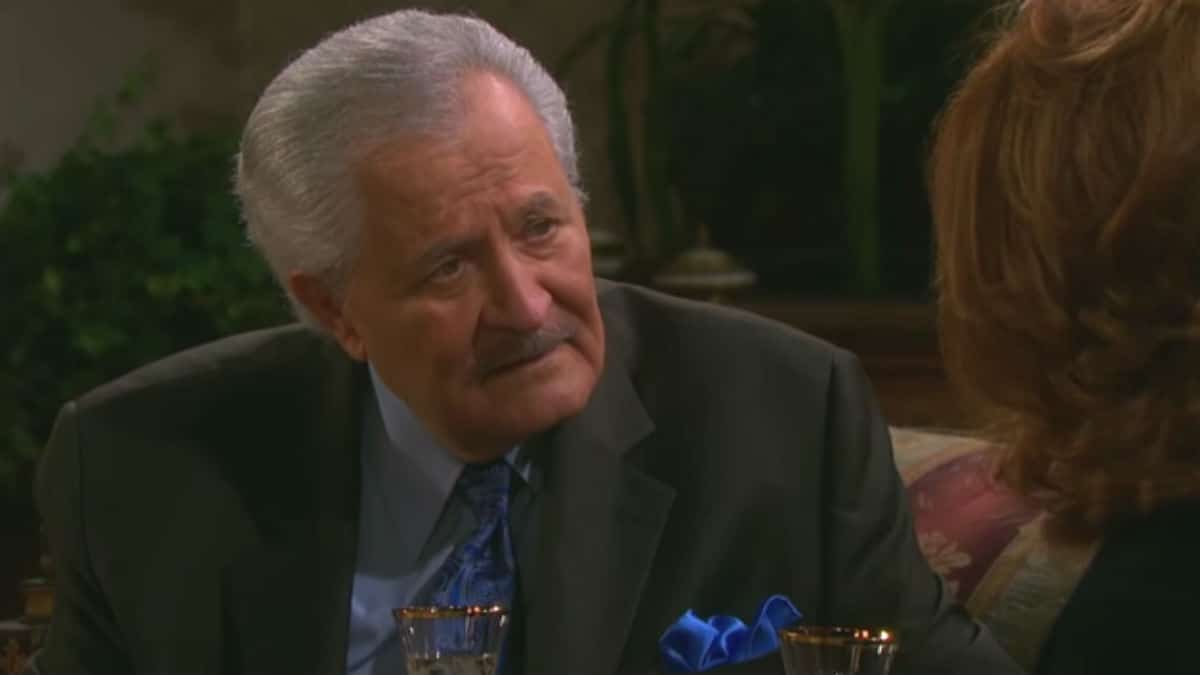 Days of our Lives fans know not to be shocked where scintillating storylines are concerned. Classic Salem scenes include the possession and levitation of Marlena Evans (Deidre Hall) and currently, a boatload of back from the dead characters, including luminous Nicole (Arianne Zucker), are wreaking havoc all across town.

The latest antics from Victor (John Aniston) are nothing short of astounding and they have fans wondering if the only end result could be Victor leaving DOOL.

In a jaw-dropping Friday cliffhanger, the most stupendous and shocking scene unfolded. Out of nowhere, Victor decided to make his granddaughter Ciara (Victoria Konefal) a part of Titan Industries. The young woman has no business experience and has never expressed any interest in anything other than guys and riding her late dad’s motorcycle.

One thing quickly and logically led to another and Victor decided to kill Ciara’s boyfriend Ben (Robert Scott Wilson). He can’t have an employee dating a serial killer, not a good look! He ordered his nephew Xander (Paul Telfer) to strangle the Necktie Killer and the Human Torso readily agreed. Until his conscience kicked in and thoughts of disappointing Sarah (Linsey Godfrey) made him stop.

Every angle is their good angle. 👏 #DAYS 📸: @marybeth.evans

Victor was disgusted and decided to do the dirty deed himself. Yes, that was elderly Victor gleefully choking the life out of poor helpless Ben. At least we think it was.

With all of the pod people running around Salem at the moment, this could have been murderous Vivian (Robin Strasser) in a Victor mask. She does like to terrorize people, just ask Kate (Lauren Koslow). Perhaps Victor’s drink was spiked leading to his horrendous behavior?

No matter the reason, can Victor remain on the canvas after his latest atrocity or is this his Salem swan song?

Be sure to tune in and find out!