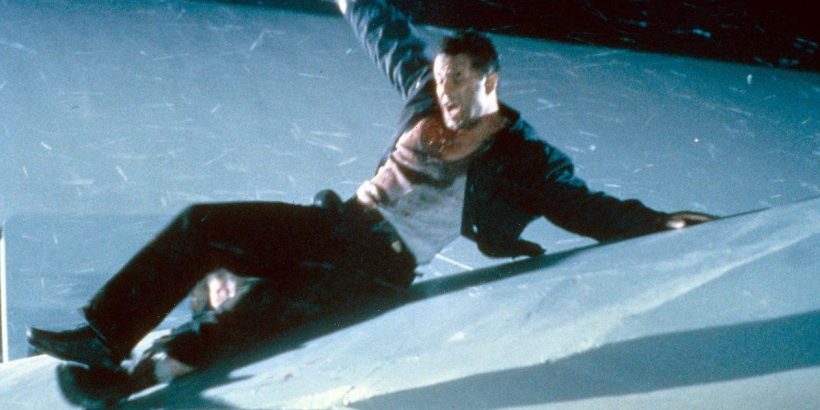 Bruce Willis plays John McClane, the hero of the Die Hard movies. Although McClane can endure the greatest injuries, Willis is still an actor. Action movies still have to keep him safe. In Die Hard 2, one of his opponents worried he would go too far when they had a fight on the wing of an airplane.

Fans who’ve seen Die Hard 2 know all the twists already. If you’ve already seen it, you might find John Amos’s story interesting. Amos spoke with Showbiz Cheat Sheet for Coming 2 America 2 and also told this story about working on Die Hard 2 with Wilis.

Does Bruce Willis do his own stunts in ‘Die Hard 2’?

He might not anymore. Willis has been making movies for a long time and things change. However, Amos said Willis wanted to do their fight without doubles in Die Hard 2.

“I loved the fight I had with Bruce Willis on the wing of the aircraft,” Amos said. “It was me and Bruce. He made it clear, he didn’t want a stuntman involved.”

In Die Hard 2, Amos played Major Grant, leader of a Special Forces squad called in to help deal with the terrorist takeover of Dulles Airport. It turns out Grant is in cahoots with terrorist Col. Stuart (William Sadler). As the villains make their escape, McClane jumps out of a helicopter onto the wing of their plane.

“The truth of it was, I was concerned about hurting him,” Amos said. “I said if I mess this guy trying to prove macho or something, I’m going to get fired and I’ll never work again. Break Bruce Willis’s back or anything close to it, that ain’t good advertising for you, John. Be a team player.”

McClane often takes on opponents much larger than him, like Alexander Gudonov in the original Die Hard. Amos was another Goliath to him.

Bruce Willis movies are hard on his body

Amos said he looked for ways to make the Die Hard 2 airplane fight as brutal as possible.

“I really wanted to bounce off the fuselage, see what I could break, see if stuff would bend the wrong way,” Amos said. “I had some personal vendetta things going on in my head at that time about him. So I got over it and I left him intact. I doubt if he’ll ever work with me again because he knows what it’s like to peer into the grave.”

Amos’s role in Die Hard 2 still bears a spoiler alert because it was such a surprise. Amos said that twist was always in the script that Grant turned out to be a villain.

“It was always teh way the character went, and I loved it because when I saw it, it wasn’t quite directed so that that would be the final cut,” Amos said. “I kind of liked it because I was able to play with the character and his evilness rather than be a cliche bad guy.”